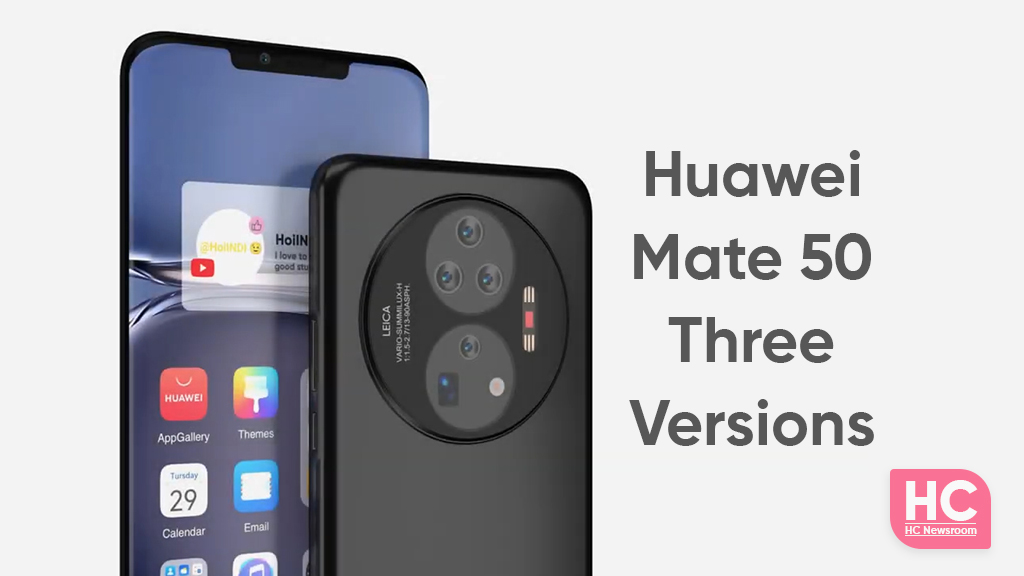 As compared to this upcoming flagship, Huawei last year only launched two versions of the Huawei P50 – the standard and the Pro models. While previous, the Chinese tech maker introduced three models in the P40 series – P40, P40 Pro, and P40 Pro+.

Adding to this, a similar pattern has also been followed in Mate 40 series – Mate 40, Mate 40 Pro, and Mate 40 Pro+. In the aftermath, Huawei cannot use new components to access and build new devices, which brought in only two P50 devices but now, it seems like Huawei has resolved some of the supply chain issues. 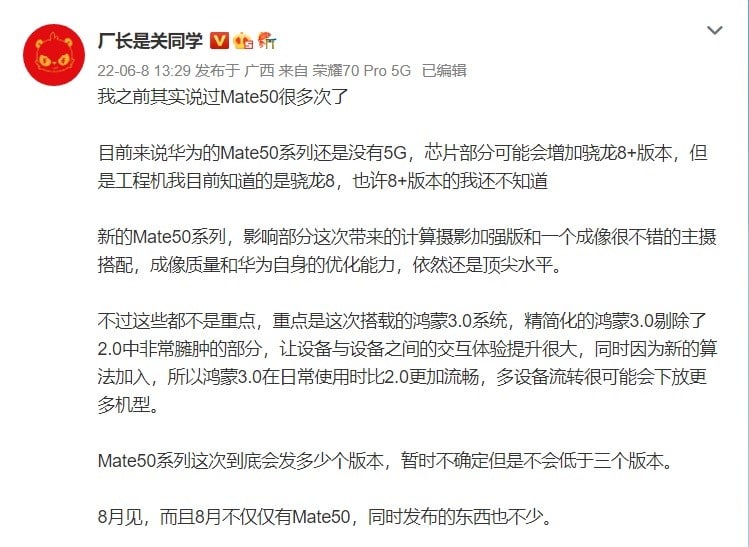 The tipster further suggests that the Huawei Mate 50 series won’t come with a pre-built 5G connection and remain 4G. Instead, the device will offer an external 5G solution such as a 5G network cover. Previous reports suggest the phone will equip Qualcomm Snapdragon 8 series processor as the testing version of the phone equips with an 8 series processor but the tipster now claims that the phone will boast power from a Snapdragon 8+ processor.

Talking about the camera section, the image shared by the tipster shows that the Huawei Mate 50 series will use the dual ring camera design. However, it’s interesting to know whether it’ll be resting inside a large circle. 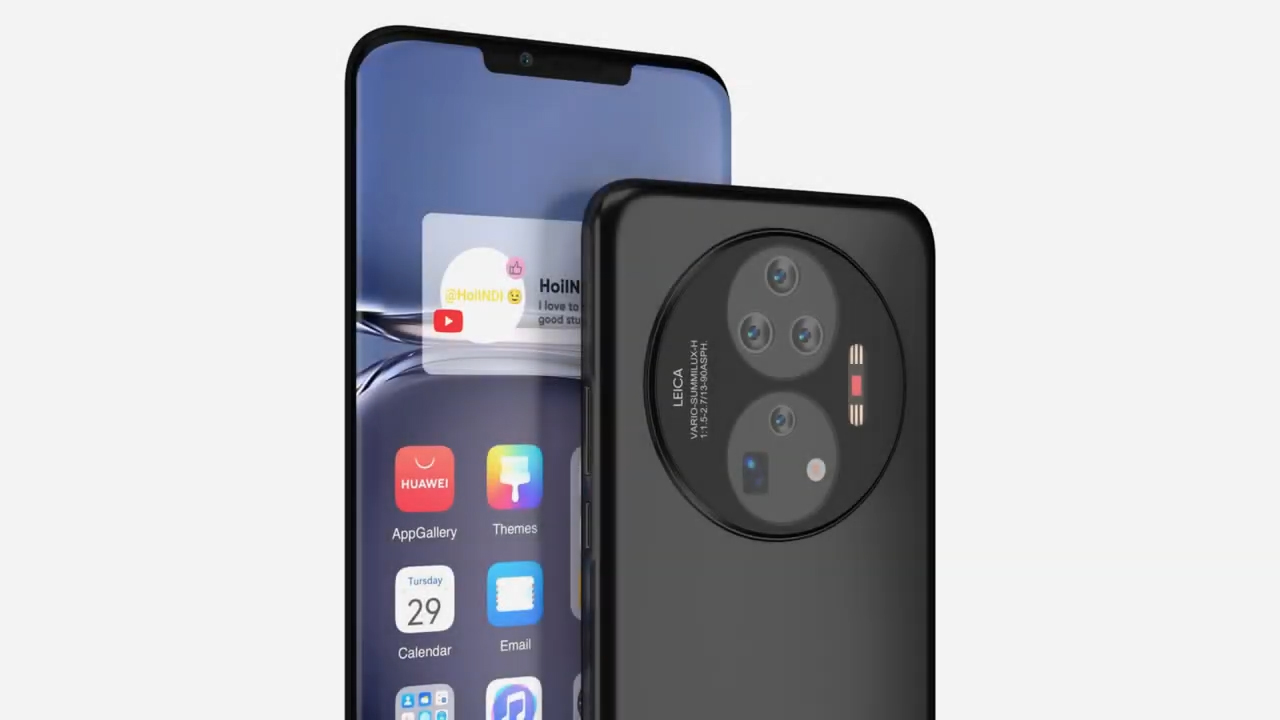 Furthermore, the Snapdragon chipset could enhance smart photography and good imaging for high image quality and the upcoming flagship will bring you a better mobile photography experience.

Next comes the HarmonyOS 3.0 operating system, which is the next buzzword among consumers. Therefore, the Chinese tech maker will promote HarmonyOS 3.0 with the Huawei Mate 50 series.

HarmonyOS 3.0 was introduced at Huawei Developer Conference 2021, and the company has improved the processing and performance parts of the operating system as compared to HarmonyOS 2.0. The tipster suggests that HarmonyOS 3.0 will bring you better cross-device user interactions such as more power to the Super Device feature. 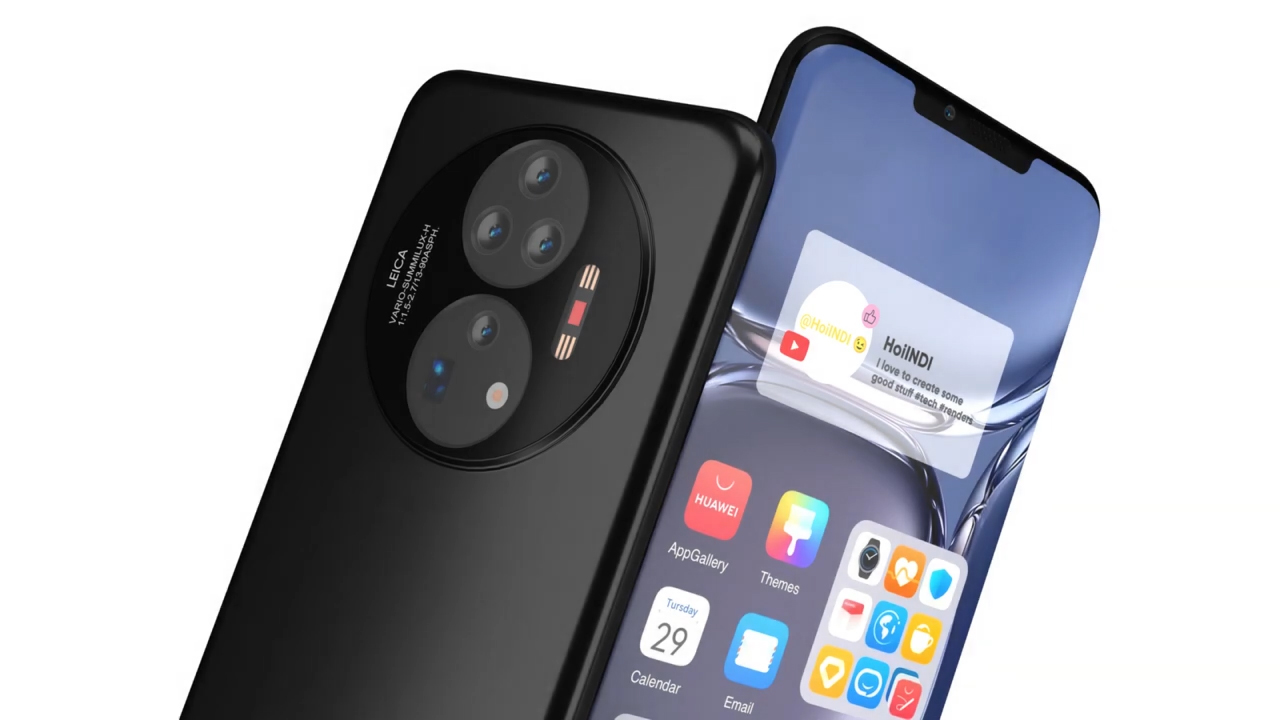 Currently, Huawei has not confirmed the actual release date of the Huawei Mate 50 series, but we can expect that the company could unveil it around August if not in July. 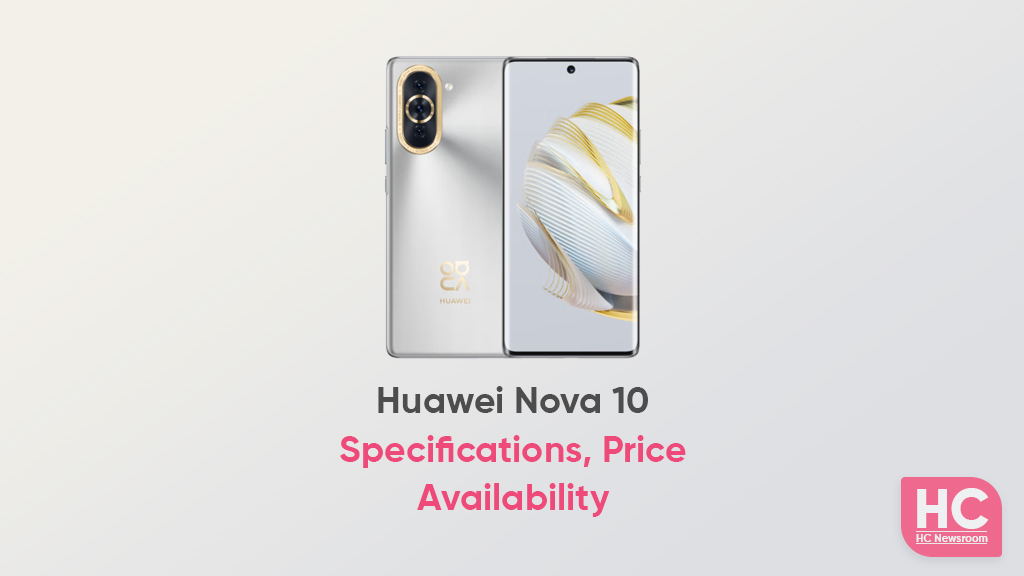 Both epic devices are set to launch today at the summer new product launch conference and bring their detailed feature ahead of launch to mist your curiosity. So are you guys excited to know further about the features, specifications,s, and price of the Huawei Nova 10, let’s explore its detail:

Below you can check the detailed specifications of the Huawei Nova 10 according to your preference: 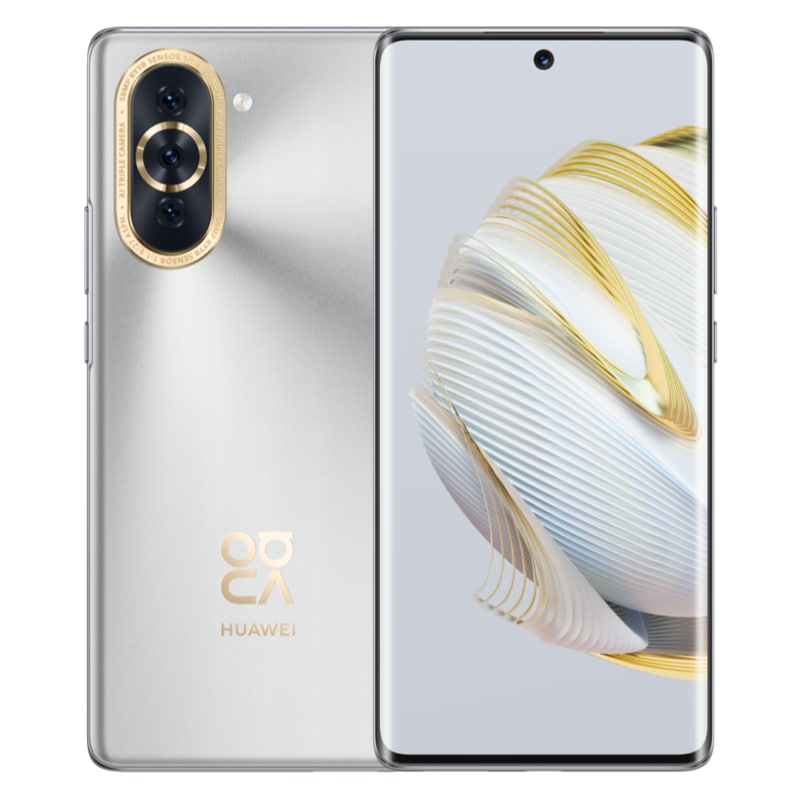 In terms of battery, it has a 4000mAh battery along with a 66W super-fast charger a. The Nova 10 come with the Qualcomm snapdragon 778G 4g processor. Notably, it is built-in with HarmonyOS 2 operating system. 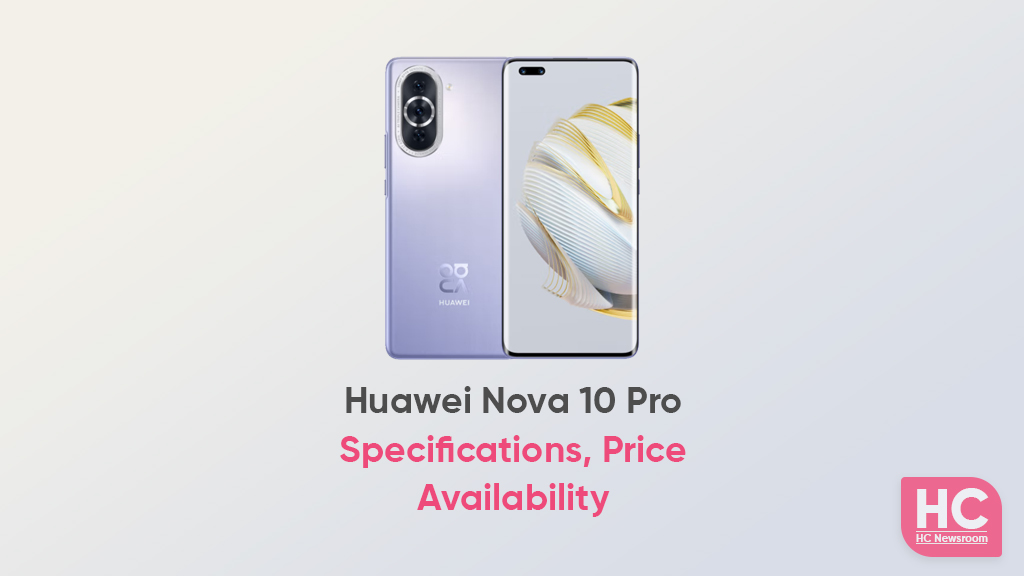 The Huawei Nova 10 Pro smartphone is the most highlighted as it features a 100W super-fast charging turbo and front 60MP full focal lengths tracking dual camera that give you the rear 50MP tripel AIM camera system. The display has an ultra-narrow bezel design and a thin body.

Below you can check Huawei Nova 10 Pro specifications and features: 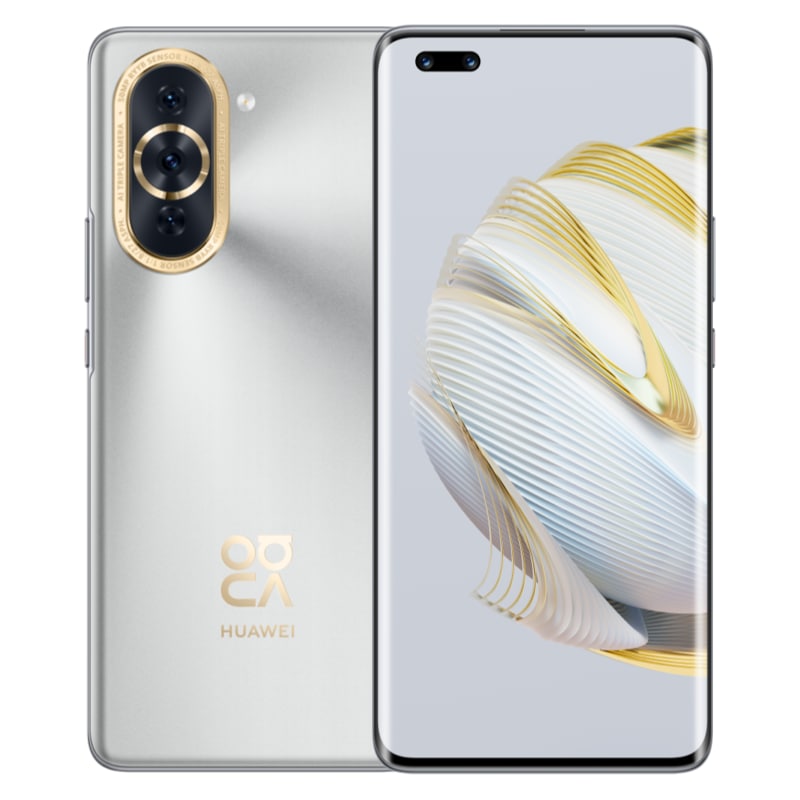 While talking about the front camera it has a dual camera including a 60 MP ultra-wide-angle  + 8MP portrait zoom in-camera with f/2.2 aperture. On the other hand, the phone packs a 4500mAh battery that could recharge 100W super-fast turbocharging.

The phone is powered by Qualcomm Snapdragon 778g 4G processor and there is HarmonyOS 2 operating system pre-installed on this phone. Furthermore, the phone has dimensions of 164.24 mm (L) x 74.45 mm (W) x 7.88 mm (D) and about 192g of weight including the battery. 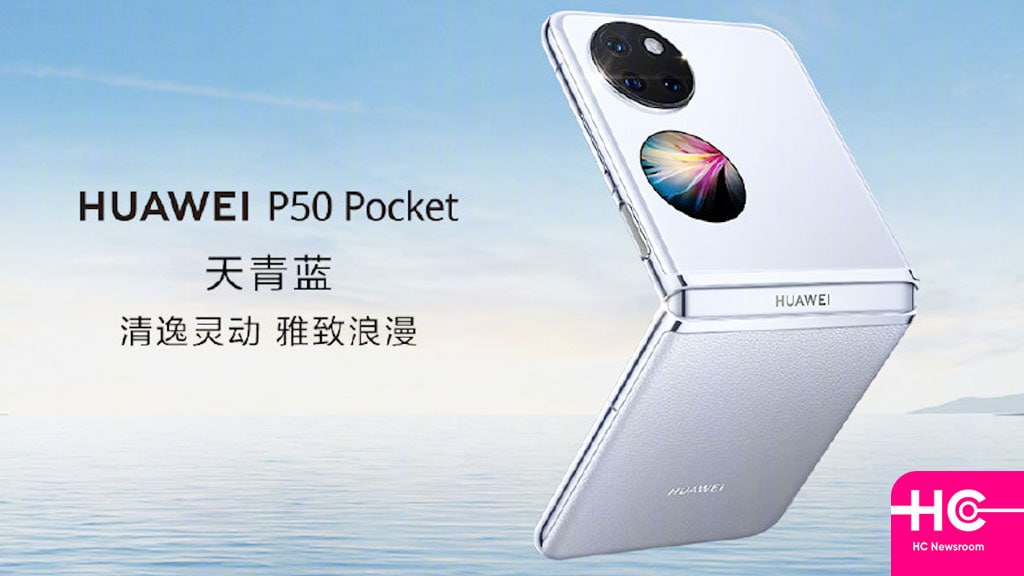 In our previous article, we mentioned the pre-sale of these two attractive color schemes. As of now, the company is officially rolling out the modish leather versions for the foldable smartphone.

According to the information, Huawei P50 Pocket gets two new leather colors. One of these colors is the elegant azure blue, while the other comes as cloud brocade white. Alternatively, these variants are much more agile and support a high-brightness glass.

Besides, you will also experience skin-friendly plain leather knitted with a mesh design at the bottom surface of the device. Thus, you will find a new reflection of your phone with one side plain, while another with texture.

Both variants hold a different price tag. Consequently, the 256GB version carries a price of 8988 yuan. Meanwhile, the 512GB model is available at a cost of 9988 yuan. Alongside, these variants will go on sale from today onwards at 18:08 China time. 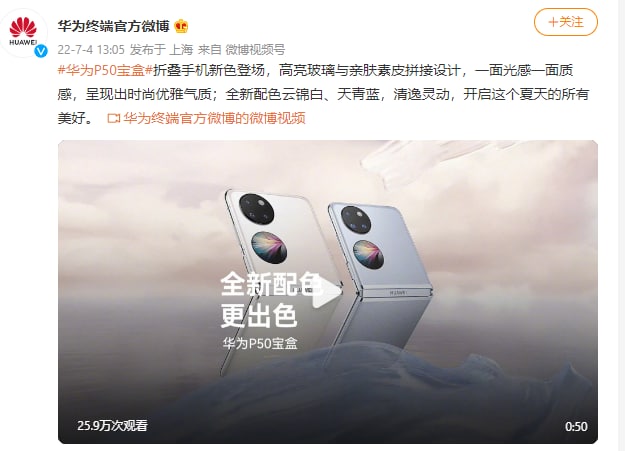 Launched in December 2021, the foldable gadget appears with a Vientiane double-ring structure with a round mounting lens structure at the backend. It features a 6.9-inch flexible OLED screen accompanying a cover screen of 1.04-inch.

Concerned with the optical system, the device sports a triple-camera framework with a 40MP True-Chroma primary lens, a 13MP ultra-wide-angle camera, and a 32MP ultra-spectrum shooter. The front line supports a 10.7MP selfie camera (f/2.2 aperture) that offers an image resolution of 3776 x 2832 pixels.