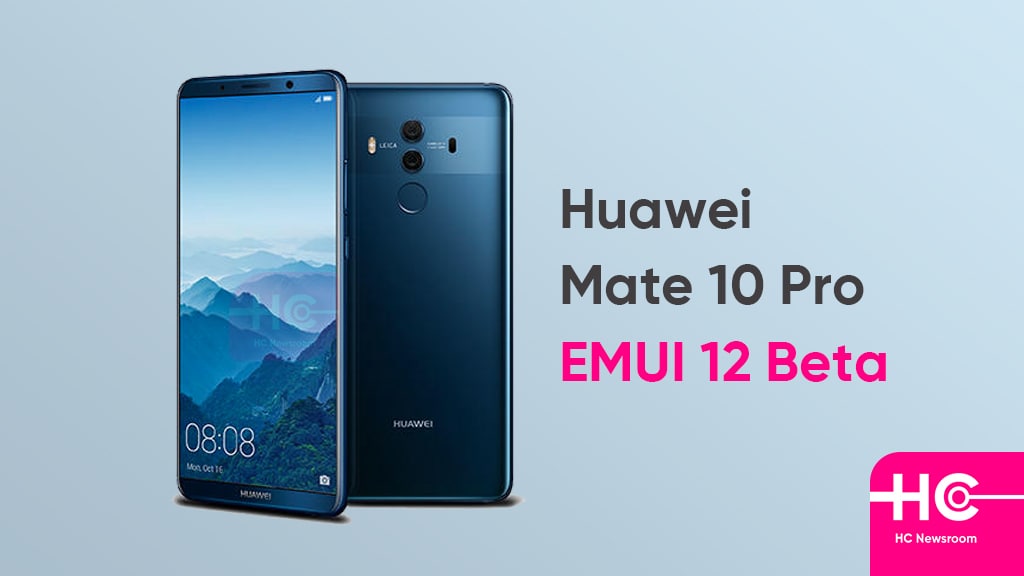 Nice! Huawei’s 2017 flagship – Huawei Mate 10 Pro is eligible to upgrade over the latest EMUI 12 software system in the global market. However, this smartphone was initially debuted with EMUI 8.0 and then received the EMUI 9.0 and EMUI 10.0 major updates.

Currently, the Mate 10 Pro is performing well with EMUI 10.0 software version. For further enhancement, Huawei has recently confirmed the rollout of EMUI 12 for Mate 10 Pro via skipping EMUI 11.

So, this is surely a moment of joy for Huawei Mate 10 Pro global smartphone users. At the moment, the company has started EMUI 12 beta testing for corresponding device users, which is limited to some markets such as South Africa and Spain.

Here is the greatest opportunity for Huawei Mate 10 Pro users to directly jump from EMUI 10.0 to EMUI 11. The interested Mate 10 Pro device owners can take get the ticket to EMUI 12 beta via EMUI 12 beta application.

You need to follow the simple steps, which are mentioned below:

Speaking about EMUI 12, this version brings an outstanding user experience, which has not been delivered ever before. It has improved and refreshed the user interface with new animations, font adjustment tools, Device+, and much more.

Huawei Mate 10 Pro mobile was launched in October 2017. It comes with a 6-inch display with 1080×2160 pixels resolution, powered by HiSilicon Kirin 970 processor. It comes with 4GB of RAM, and 64GB of storage as well as a 4000mAh battery. The rear packs a 20-megapixel camera while the front has an 8-megapixel camera for selfies.

How’s the battery life on your Huawei EMUI 12 smartphone?