Huawei has emerged as the top and most patent holder in Europe in 2019, reveals the patent statics published by the European Patent Office (EPO). 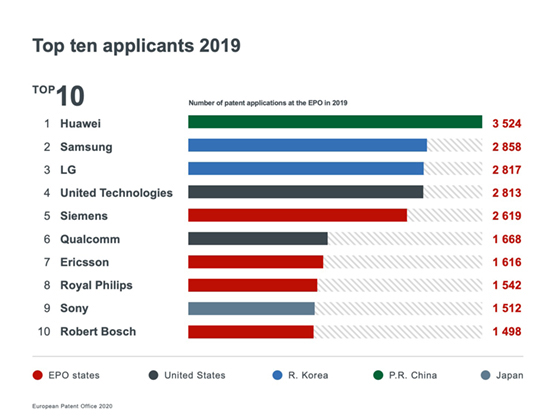