On April 24, 2017, Huawei has applied for a new patent related to the quantum key. According to the enterprise search app, the patent is registered as a quantum key distribution system, method, and device, which is publically announced today with publication number CN108737083B.

The second measuring device does the same as the first one but it generates a report of the second communication device and third party system.

What is Quantum Key:

Quantum key distribution is a secure communication method that implements a cryptographic protocol involving components of quantum mechanics. It enables two parties to produce a shared random secret key known only to them, which can then be used to encrypt and decrypt messages. 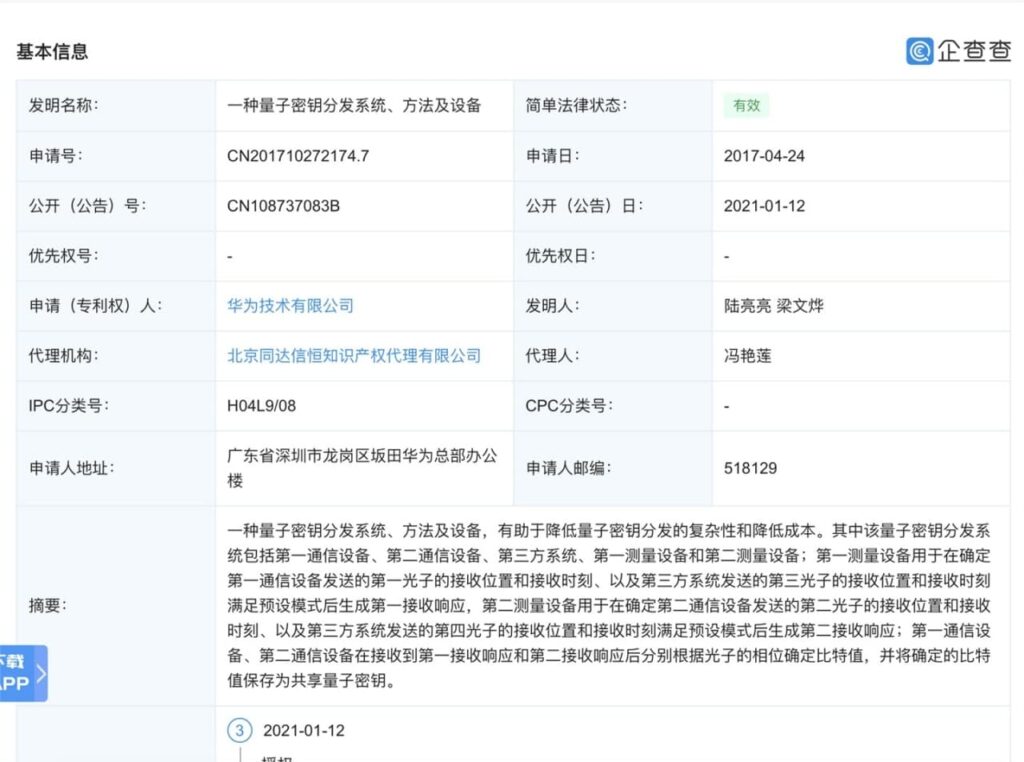