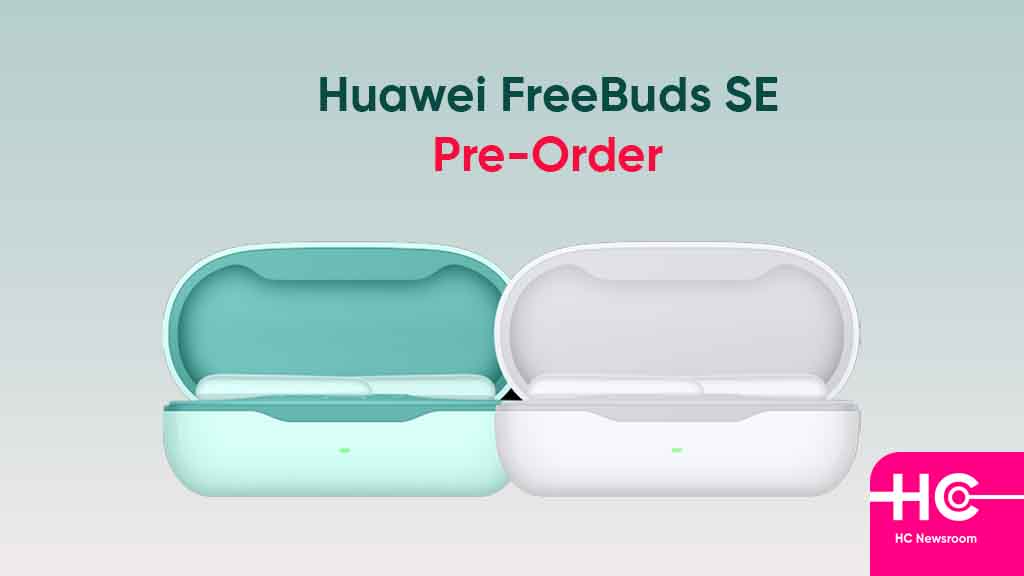 The Huawei FreeBuds SE made its early debut in the Chinese market, going before the end of May 2022. And now the company is working to expand its reach to another international markets including the Philippines and Malaysia.

The new device is actually cheaper but only when you pre-order. Huawei FreeBuds SE has a unique design as well as most traditional earbuds, also they let you have more ambient sound than ever.

Huawei points out that the FreeBuds SE live RM169 and P2,199 value, but that is only for the pre sale which is already started and was concluded on 6 July 2022. The deal is for limited edition grab one you with the pre-sale benefit.

So if you are localized in Malaysia and the Philippines then pre-order the Huawei FreeBuds SE now to experience high-quality sound and the classic design n such beneficial offers.

Huawei FreeBuds SE comes packed with the support for the Bluetooth 5.2 connection and Splash, Water, and dust resistant IPX4 earbuds, and a nice cancellation feature is attached and supported with it. Meanwhile, in term of battery life, the Huawei FreeBuds SE support a 410 mAh battery.

Get ready to own Huawei FreeBuds 5i, first sale starts tomorrow 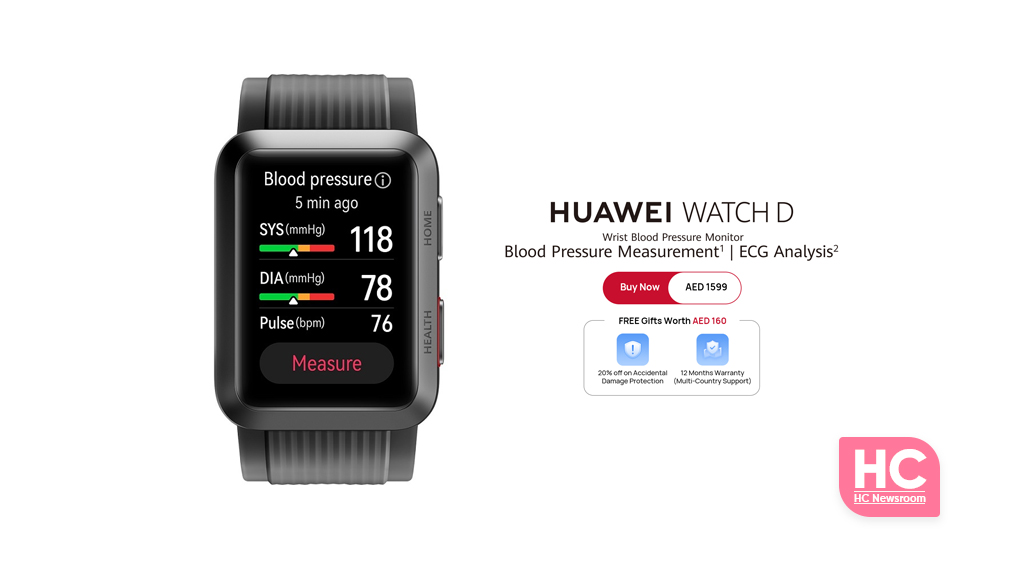 Huawei Watch D is a unique smartwatch that can monitor blood pressure from your wrist. Newer smartwatches have a dual-layer airbag system that measures blood pressure levels by inflating them around the wrist. You can now purchase the latest Huawei Watch D in UAE. Particularly the smartwatch is initially released in Saudia Arabia and the company will expand its reach to other markets soon.

Meanwhile, the users in UAE who are excited to purchase the Huawei Watch  D smartwatch can below check its price and another offer that the company gives consumers over its pre-sale.

Huawei Arabia set its cost at AED 1599 with some awesome free gifts AED worth 160, which include 20 percent off on accidental damage protection and a 12 months warranty which is supported in several regions.

Your order will be shipped to urban areas and will take 1-2 business days to register for AED 129 multi-country warranty and coupon packages. Available in Midnight Black. 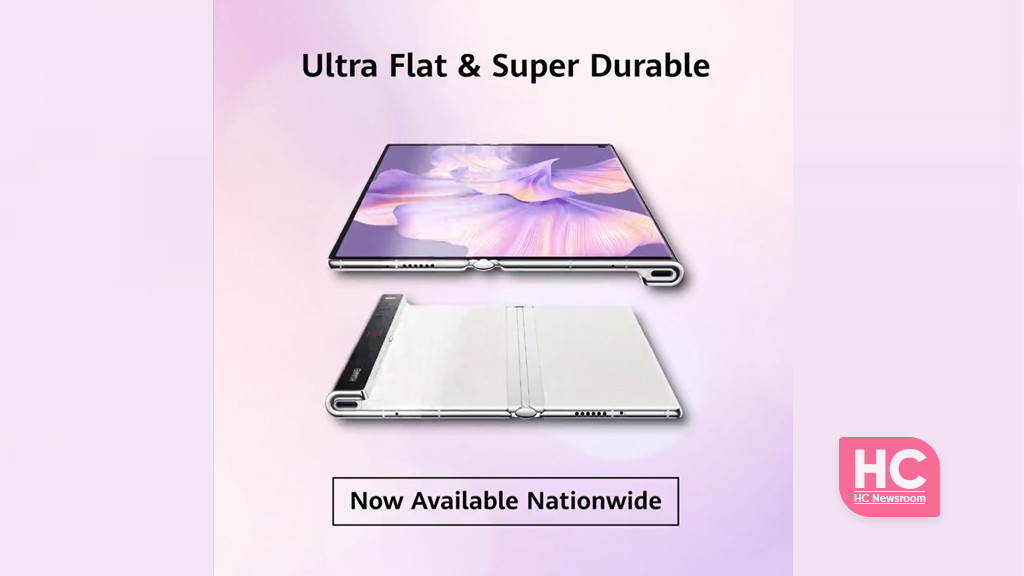 Now you can unfold the innovation with Huawei’s latest foldable smartphone the Mate Xs 2 global market, yes from today it’s available to purchase Nationwide in Malaysia. The expansion is crucial and Huawei wants to reach with this device for more consumers. So users are you excited to know further about its sale, then below you can check the info.

A day before today Huawei released the Mate Xs 2 in Germany and now the company is expanding its availability for purchase in the global market. All we are aware with its spec and feature which seem so tailored to our modern lifestyles.

This flagship smartphone makes the Huawei foldable even more flexible and adaptable to your needs. Mate Xs 2 new feature makes it possible to adjust and optime apps to the foldable display.

Huawei Mate Xs 2 have 7.80 inches primary display when unfolding and 6.50-inches when folded. It’s not only known via its unique display feature but is also packed with so miserable camera system.

Most importantly, the Huawei Mate Xs 2 is powered by an Octa-core Qualcomm Snapdragon 888 processor and come preinstalled with HarmonyOS 2, it also had a 4600 mAh battery that supports super-fast charging.

Below you can check its Huawei Mate Xs 2 price:

So, guys hurry up Huawei’s smart foldable phone that can also be used as a tablet is most like to prefer to purchase if you’re looking to buy a new smartphone as works as both a tablet and smartphone. 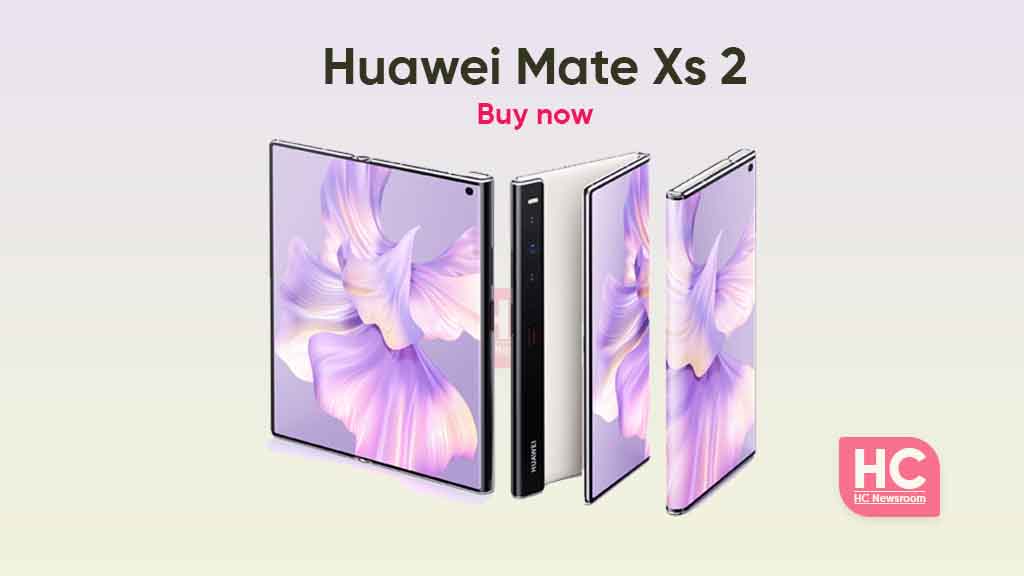 Huawei Mate Xs 2 offer much more than just its innovative form factor. The all-new foldable flagship give tailored to our modern lifestyle. Meanwhile, its screen is wider than two smartphones when unfolded, it is also compact as half the size of a phone when folded.

First, it was introduced in the Chinese market and now the company is working to expand its reach to other regions. In the meantime, the Huawei Mate Xs 2 is up on sale in Germany with so awesome bundle offers.

Huawei reveals this info via the official Twitter handle with the tag line:

So users are ready to explore the world with the two-in-one device that gives your small table as well as a smartphone experience. Below you can check the price and bundle offers mentioned:

It is powered by an Octa-core Qualcomm Snapdragon 888 processor and offers 8GB of RAM and 256GB of internal storage. The Huawei Mate Xs 2 phone comes pre-installed with HarmonyOS 2 and is powered by a 4600mAh battery with exclusive fast charging support read more.