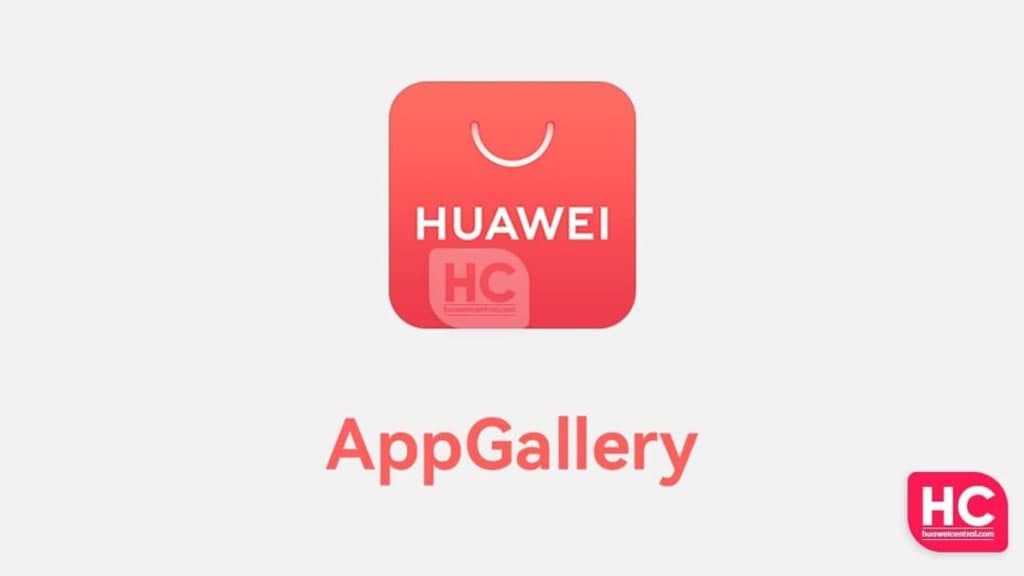 Huawei AppGallery – the exclusive app store of Huawei has a new app collection of popular apps in Malaysia. It’s bringing further user convenience in your daily life via providing the most essential apps with faster services.

To be mentioned, the AppGallery biggest app distribution platform comes after Google Play Store and App Store. It has more than 5400 million monthly active users in about 170 countries. Therefore, Huawei is working hard to cover all the applications and satisfy all users.

Angry birds 2: One of the biggest mobile games ever, now available in Malaysia to download via AppGallery. The second generation offers fun with friends in an intense level of slingshot adventure gameplay.

Beep: It’s a most recognizes food delivery app associated with over 1000 restaurants and cafes across Malaysia. The easy takeaways options, various payment methods, order tracking, advanced orders, and many convenient services are available in the app. 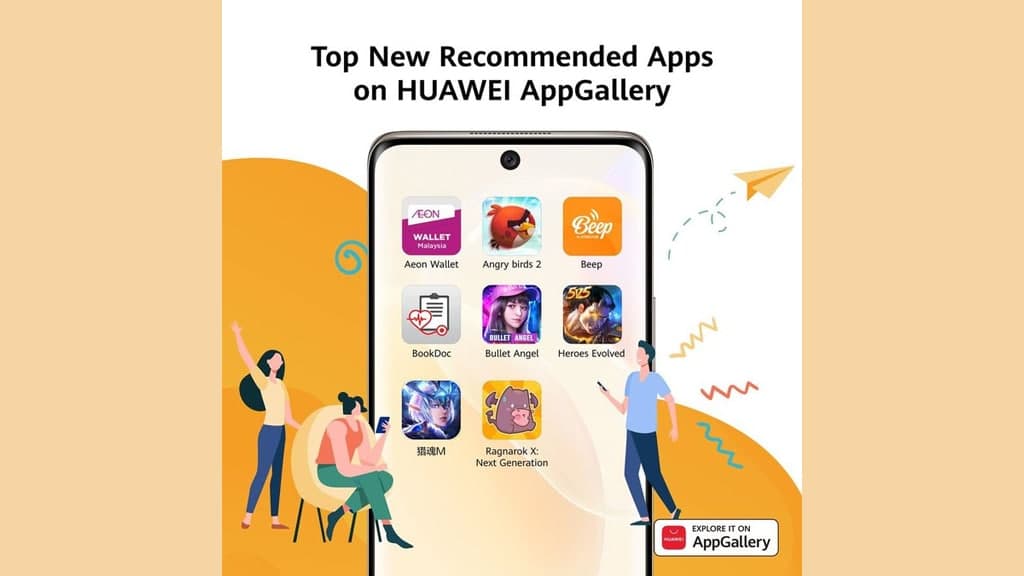 Bullet Angel: It’s the rebranded version of Xshot for mobile with more than 60 million registered gamers on Android and iOS in South East Asia. It’s a first-person shooting game that can be played in PVP and PVE modes. It offers varieties of weapons, maps, and character skins.

Heroes Evolved: This is another multipliers game that requires great strategy skills, teamwork, and decision-making capabilities. It’s designed by Net Dragons in 2017 for Windows and Android platforms.

Ragnarok X: Next Generation: It’s the next sequence of the classic RO will et catching system, GVG guild wars, wedding system, and more adventures with your friends. It’s free to download but has an in-game purchasing system like many other games. 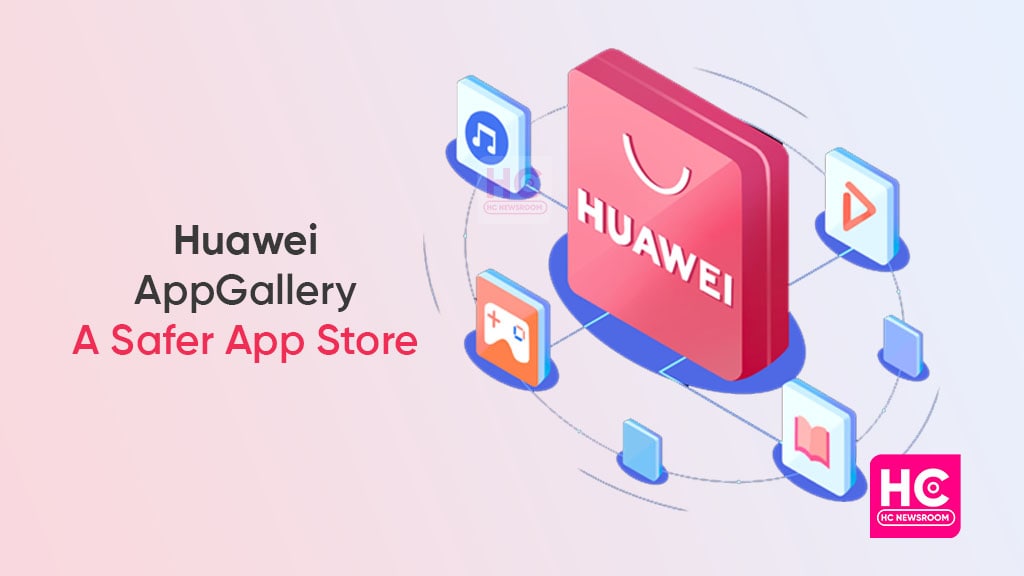 Huawei has not only mastered the technology field but also had fruitful results for its apps and services. One of the best examples is the Huawei AppGallery which has proven many times that it is a much safer alternative to Google Play Store.

AppGallery is a well-known application distribution platform. It is an official Huawei app that is available in more than 170 countries and is compatible with Android and HarmonyOS platforms. Besides, it supports more than 80 languages for Android users.

It’s worth mentioning that Huawei’s self-developed app store not only offers better services but also appears to be more secure and protected. And after thorough research, I feel that Huawei AppGallery is safer in comparison to Google Play Store.

How and Why? Here are the accurate reasons:

Google Play Store and its security for users

Shockingly, these are the free apps that do not demand any purchase from users. Instead, they act as bait to trap the person and track their activity. Further, the report highlights that shopping, business, food, and social apps are the major applications that are transmitting a large amount of users’ data.

Of course, we cannot blame Google Play Store for this condition. It’s the app developers who should make appropriate application programs. Yet, Google Play Store is the path that drags these apps into your devices.

On the flip side, Google Play Store is a vast platform that comprises numerous applications. It keeps its doors open for every type of app which eventually increases the chances of obtaining buggy apps that may allow security threats to your device.

Aside, Huawei AppGallery is so designed that it can provide a safe and secure user experience. It adopts a four-layer security system to detect malicious behavior, facilitates privacy check functions, and ensures excellent app security.

The application has also been awarded the CC EAL 5+ certification. Ultimately, this indicates that it is capable of strengthening the safety of your personal information.

Fewer apps don’t define fewer benefits. Huawei has kept its application one step ahead of Play Store in every possible manner. For instance, Huawei AppGallery brings you amazing vouchers, gifts, lucky draws, and more from time to time.

Besides, the respective application does not region-lock its games. As a result, you can play any games with other players from different regions without using VPN.

To make the user experience better, Huawei has updated AppGallery review guidelines. The company has optimized several segments of the application, making it efficient and more convenient for users. Consequently, it has also made the security system tougher so that it could prevent fraud, malicious charges, information theft, and more.

And the best part is App Gallery is available even for Android systems with supportive apps. Hence, you can easily switch to a safer app store. Ironically, there are no Google services on Huawei phones, but you can enjoy Huawei apps on your Android devices. For installation, you need to visit the official Huawei AppGallery website.

Though Google Play Store offers more options to select an application. Yet, if you are a person like me, whose main focus is security, then Huawei AppGallery can be your perfect app store platform. 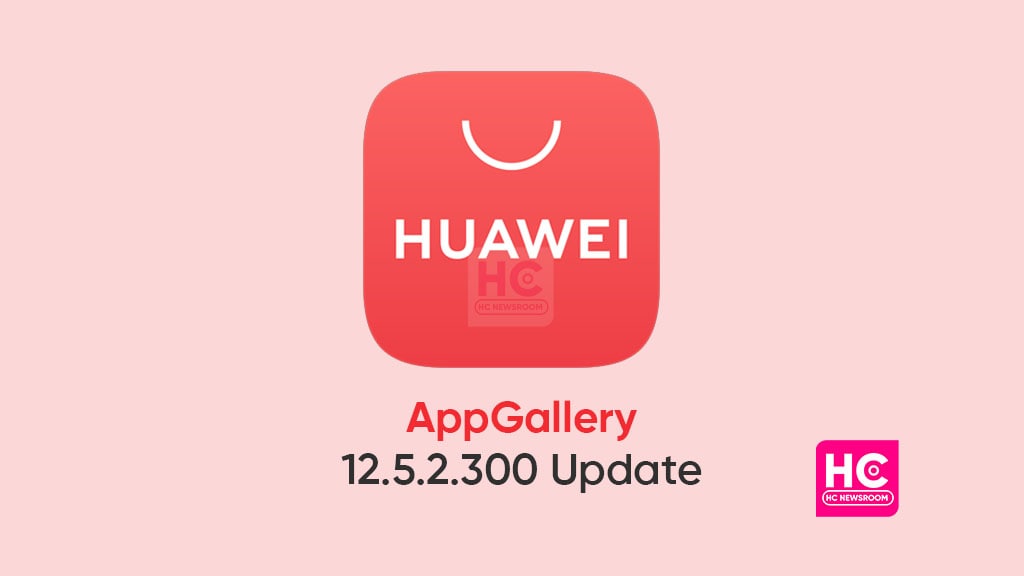 Huawei is very particular about its devices and keeps on sending regular updates to them. But that doesn’t keep the company away from its self-developed applications. Currently, Huawei has released a new AppGallery 12.5.2.300 update.

Every new firmware to your device or application not only improves the performance but also provides a new strength to run for a long time. Hence, it’s quite important to check and keep your smart gadgets as well as the apps up-to-date.

Talking about the new update, Huawei AppGallery 12.5.2.300 version doesn’t bring much of changes. But the company has made efforts with the security improvements. It has fixed some common issues and bugs, which were a headache for some users.

Besides, the app version will help in optimizing the overall performance and user experience. So, if you want that your Huawei AppGallery stays fit and provide you with beneficial services then don’t forget to install the latest app update.

The new app build has gained a package size of 37.47MB. Thus, make sure that you have ample space in your device to download the freshly-released app update.

Take a step towards Auto-Update!

Do you forget to update your Huawei AppGallery application once a month? If yes, then here is an ideal solution for you. You can simply keep your gadget on the Auto-Update option for the particular application.

The function is available in the Settings menu. When enabled, the app will automatically start installing the new update. Consequently, this feature will only work when CPU usage is less than 80%, and the battery level is higher than 30%.

Moreover, it will save extra incurring data charges and will only perform the download function under a Wi-Fi network. Thus, now you can be free from the stress of being recalled for updating your applications from time to time.

It’s worth mentioning that Huawei is making efforts to improve the AppGallery games section. No doubt, we will be able to find some more new tweaks and tugs regarding the application in the time ahead. 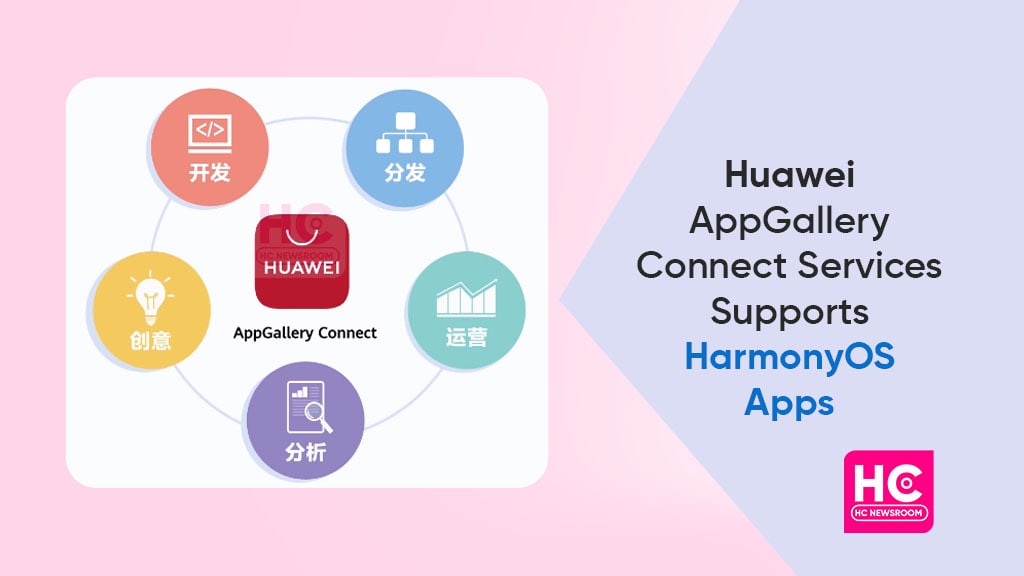 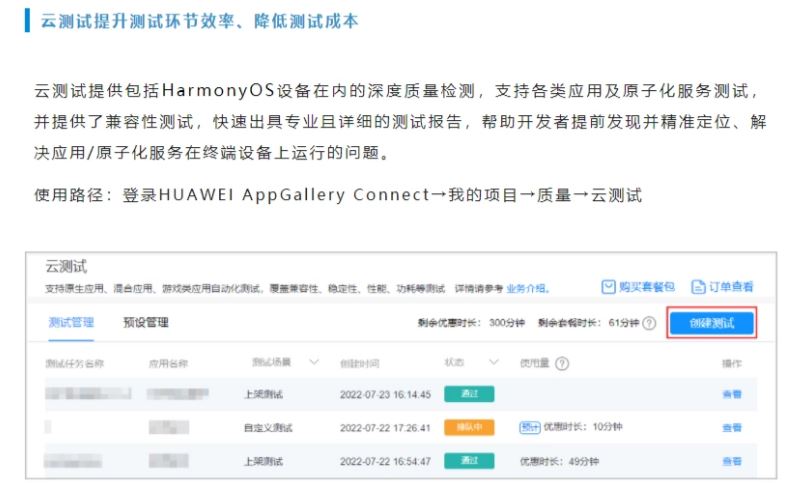