The Honor Watch Magic comes with 5ATM water resistance certification which means it can survive submersion of up to 50 meters. The smartwatch is just 11mm thin, and sports a 1.2-inch HD AMOLED touchscreen display with 390×390 pixels resolution.

It comes with GPS, GLONASS, barometer, and NFC support. The smartwatch packs a 178mAh battery, and the company claims that it lasts up to 7-days of easy daily use.

Honor Band 4 Running Edition sports a PMOLED display. It also does not house a heart rate sensor and NFC support. It is fuelled by a smaller 77mAh battery with up to 12 days of working time.

The Honor Watch Magic is priced at Rs. 13,999 for the Lava Black sports variant and Rs. 14,999 for the Moonlight Silver variant. The smartwatch will be available exclusively on Amazon India.

The Honor Band 4 Running Edition, on the other hand, is priced in India at Rs. 1,599 and this wearable will also be available on Amazon India exclusively. It comes in Lava Red and Green color options. 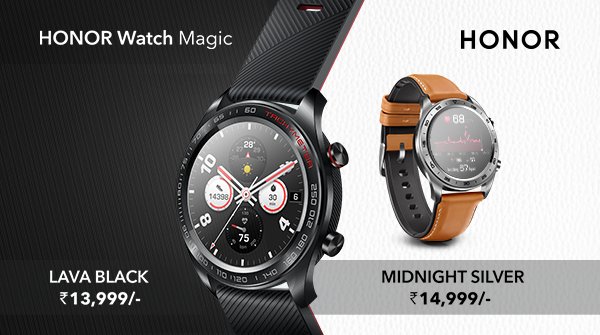 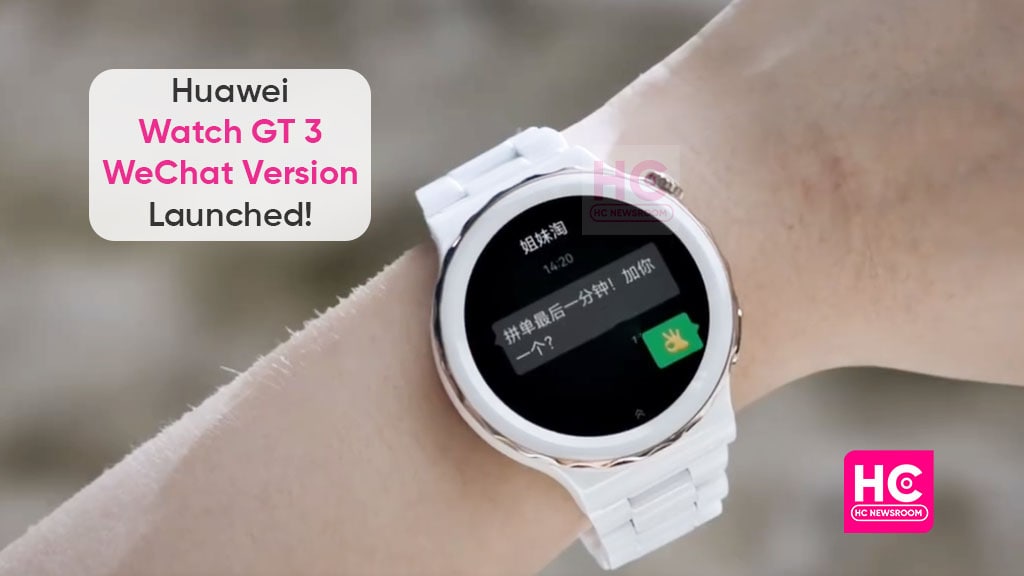 Huawei fans! Are your eyes searching for a fantastic wearable device? If yes, then here is a piece of good news for you. Today, Huawei has officially launched the Watch GT 3 WeChat version with some dynamic and useful features.

With the onset of this day, we found an appealing post on Huawei’s official Weibo channel. The company has shared an interesting video showcasing the new Huawei Watch GT 3 WeChat edition with its impressive features.

Finally, the company has launched an all-new Huawei Watch GT 3 WeChat watch version for its consumers. Unlike the other variants, the newly-launched version brings a full bag of WeChat features and functions for users. 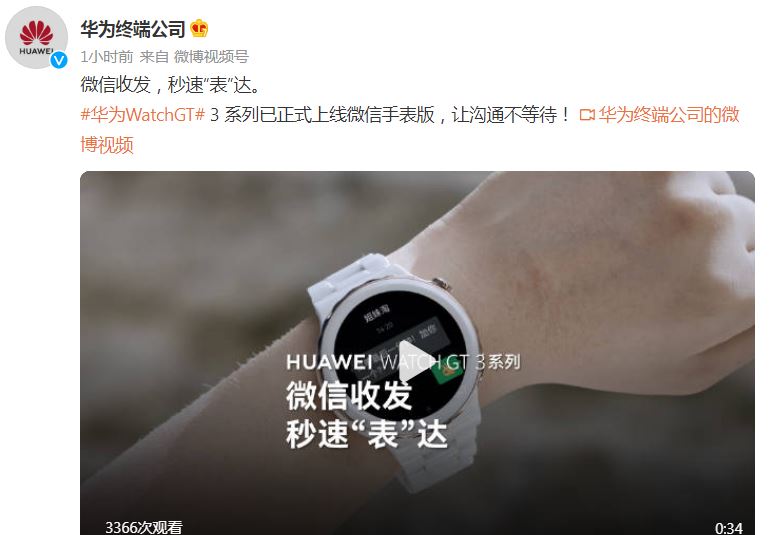 Using a Bluetooth connection, Huawei Watch GT 3 users can easily operate the WeChat app and use its function without even employing their phones. Besides, you can manage the text and voice messages by simply raising your hands and facing the watch towards you.

Further, you also gain the ability to set voice or video call reminders on WeChat. At the same time, you get access to WeChat Pay to perform several transactions in a go! Now quick replies to voice and text will always remain at your fingertips.

However, users must note that the new version will only support Android 9.0 and HarmonyOS 2.0 and newer software. Aside, the WeChat App on your phone must be running on the 8.0.24 version or above. And there is no space for the iOS system at the time.

Huawei Watch 3 Series is next!

In this WeChat watch version queue, Huawei Watch 3 series is next. The company has mentioned that the respective watch with the WeChat version has entered the internal testing phase. And within a few days, the upgrade will be successful. 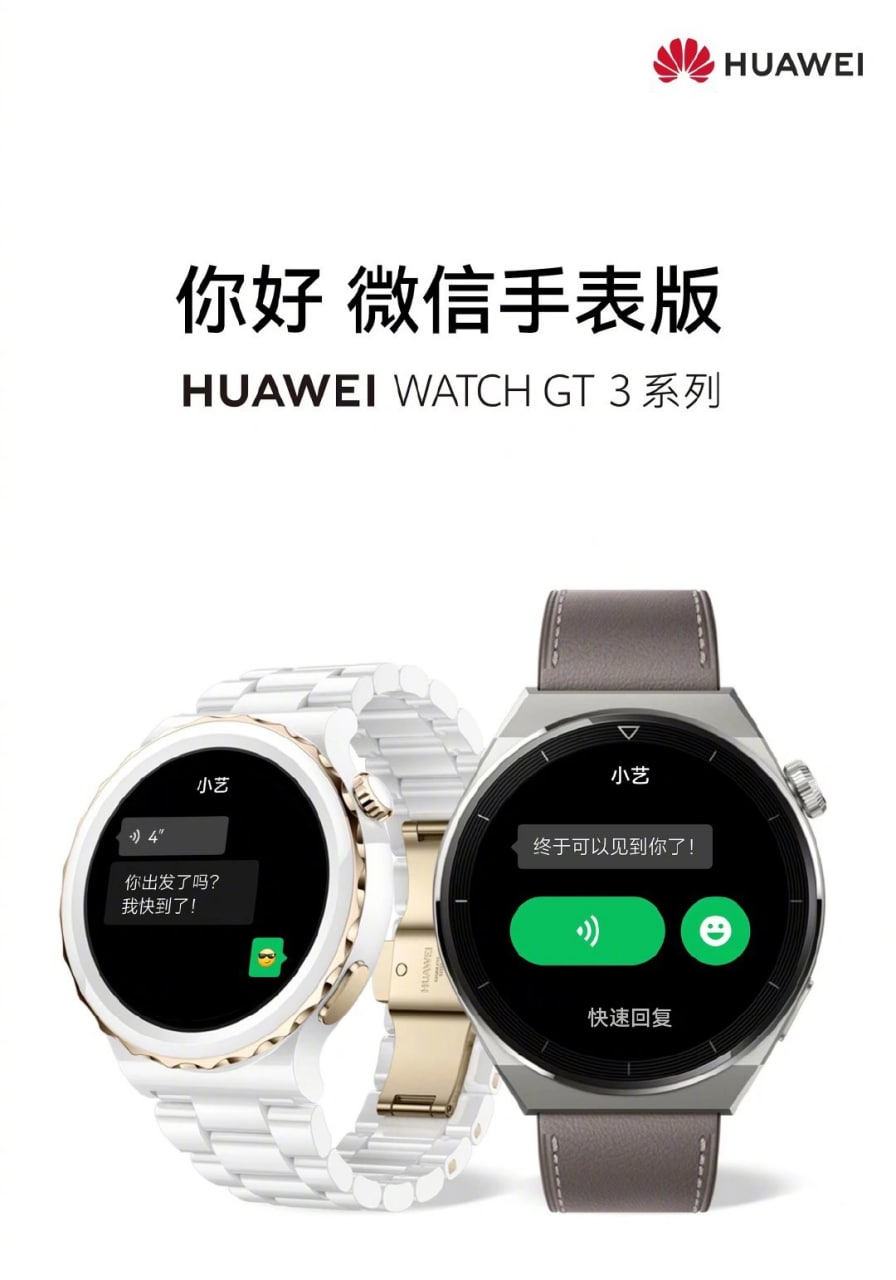 There are a lot of updates that have been rolled out this month for the Huawei Watch 3 and Watch GT 3 series. In the latest edition, Huawei released another update for the Watch 3 Pro for global users in the month of September.

According to Huaweiblog, Huawei is sending the second September 2022 update for Watch 3 Pro with new optimizations for location speed and accuracy of outdoor training routes. It’s quite helpful and required optimization for the Watch 3 Pro.

For your information, Huawei Watch 3 and Watch 3 Pro are the first smartwatches to come with HarmonyOS 2 operating system. With the unveiling of HarmonyOS 3 in July, the company has started testing these watches with the latest operating system version.

As for now, the global version of the watch currently runs HarmonyOS 2.1 and may soon be available with HarmonyOS 3. 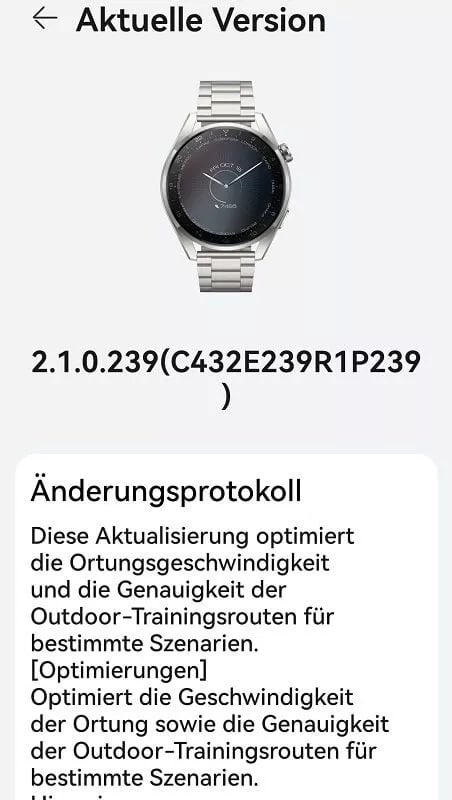 This update optimizes the location speed and accuracy of outdoor training routes for specific scenarios.

Huawei Watch 3 Pro users can download this software by the Huawei Health app, from here select the smartwatch, and navigate toward the firmware update section. Once downloaded, the update package will take some time to install on your smartwatch, as it’ll restart the smartwatch upon successful installation.

Before you begin, we suggest you sufficiently charge your smartwatch and keep it connected to the network. 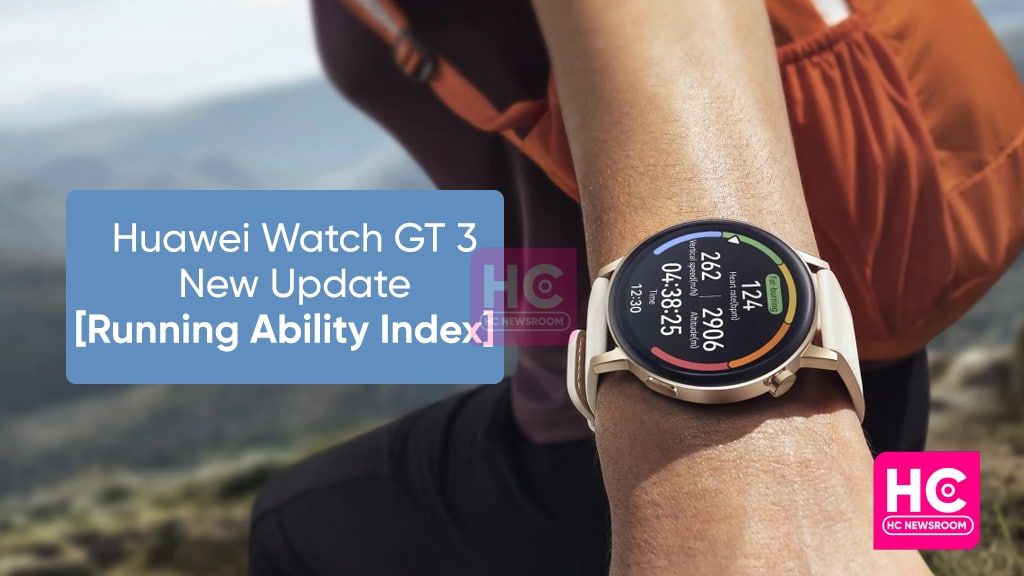 Huawei has recently started dispatching a new HarmonyOS 2 version for the Watch GT 3 users in the home territory. The new update for Huawei Watch GT 3 aims to give something new to the users with optimizations and a new Running Ability Index Support feature.

Huawei is always prioritized resolving consumers’ issues by releasing timely updates, that aim to fix bugs and issues if they are stuck. This new update is a package of features optimizations and more.

Additionally, Alarm optimization will give you a recognized system efficiency. It gives you an accurate alarm and more. Now you can sleep without fear of missing an alarm or getting late.

The Huawei Watch 3 users are currently enjoying the HarmonyOS 3 new features and improvements on their handset. But it is still awaited for the Watch GT 3 users, we can expect that company to soon release a new HarmonyOS 3 version on their smartwatch.

Well, the Huawei Watch GT 3 is the latest smartwatch offered by the company and Huawei it may enlist next to release the HarmonyOS 3 update for the user’s feedback. So Huawei Warch GT 3 users are ready to experience the new features of HarmonyOS 3 on their smartwatch.

It will give you a new start and boost the functioning of the device for the user’s satisfaction and concerns.