Honor is launching the Honor 20 Youth Edition on October 22 and the company has also decided to launch a new version of Honor Band 5 on the same day.

Honor has announced that Honor Band 5i will be launched on October 22 in China featuring an inbuilt USB for direct charging, which is not available on its predecessor.

According to the promo image, the design of Band 5i is very identical to the Honor Band 5 that was officially launched in July. Aside from the launch schedule, Honor has not revealed any other tech information of this fitness tracker.

However, we can expect that the Honor Band 5i will come with similar features as the Band 5 including the new SpO2 feature that enables users to measure blood oxygen levels and Remote Music Control that let users perform tasks such as music volume adjustment, changing songs, pause and playback options directly on your wrist. 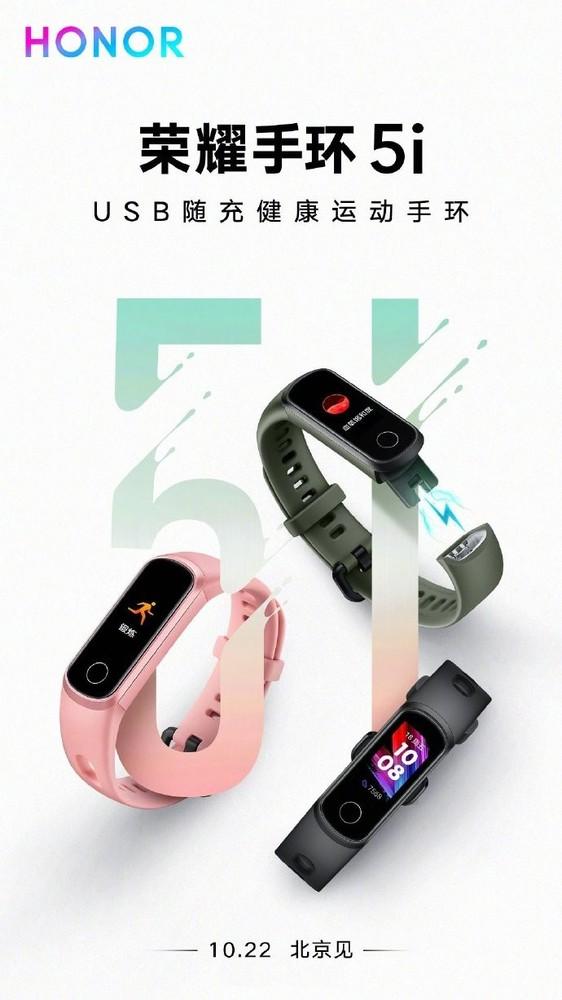