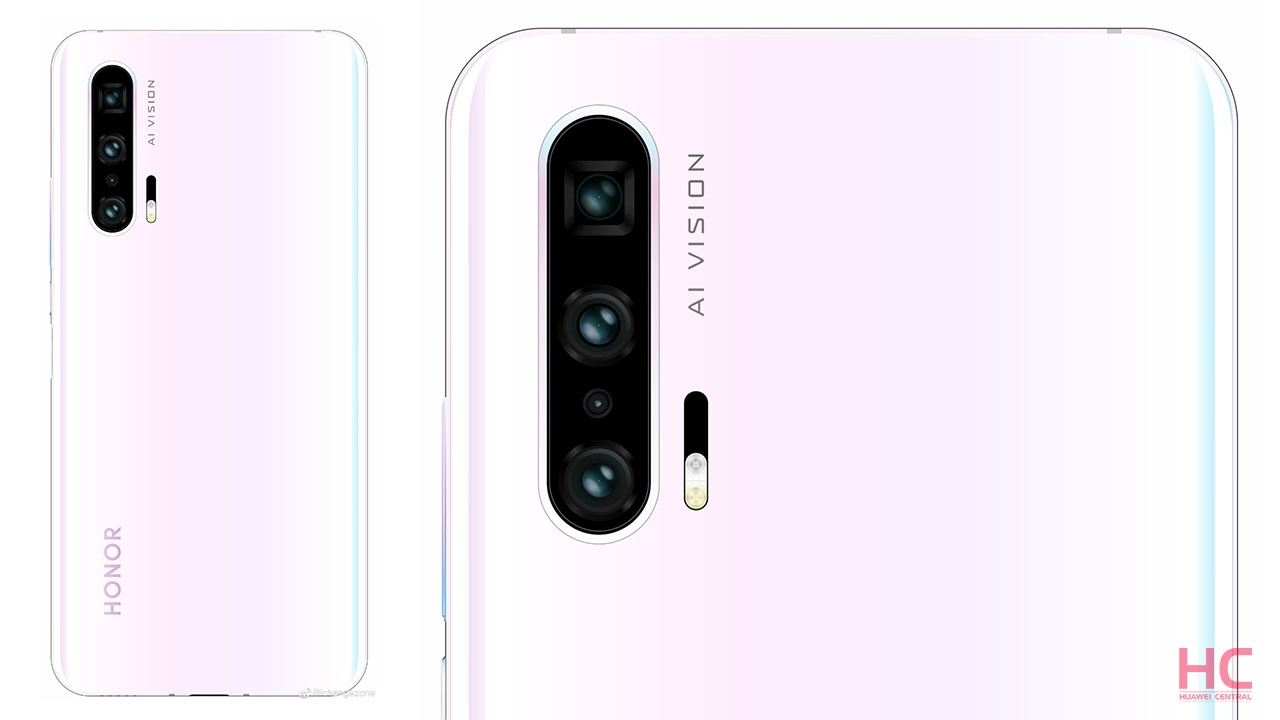 
Honor 20 series is slated to be launched on May 21 in London, as the company is ready to unveil its next flagship phones on the market, one of these phones are appeared in a new render revealing a new color.

This new is coming from Weibo and reveals Honor 20 Pro in a new color with pink + white combination gradient design and quad camera set up along with LED flash.

Honor 20 with Kirin 980 and 8GB RAM appeared on benchmark

Honor 20 would use custom 48MP IMX586 sensor with RYYB pixel layout, made with the collaboration of Huawei and Sony.