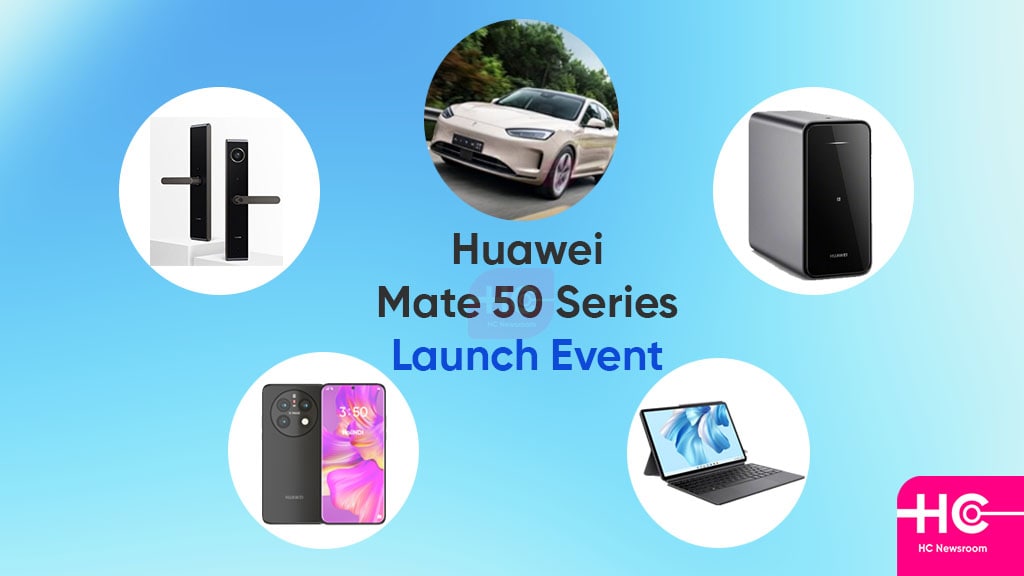 Are you excited about the Huawei Mate 50 series launch event, and want to know what new products will come up with the new flagship lineup? Then get ready to jump on this article train as we have brought minute-to-minute details and the latest knots about the conference that will take place tomorrow.

Recently, we have heard about several devices ready for stepping onto the consumer platform. Currently, a bunch of new products are waiting to share the same launch stage with the Huawei Mate 50 series.

While the new devices have already created a lot of excitement among users, there is also the hustle and bustle regarding which products will take place in the launch event. Hence, to relieve this dilemma, we have brought you the list of products that will jump to the user’s surface.

So let’s explore these products and their details bit by bit.

Huawei Mate 50 Series – The star of the show

To begin with, Huawei Mate 50 smartphones are standing at the first position in this exploration queue. Till now, we have gathered many tugs about the respective smartphones. However, the details we will get at the launch will mark an accuracy grade over the previous reports.

Speaking of the ultimate lineup, the Huawei Mate 50 series will bring three models to the conference floor. The standard Mate 50, Mate 50 Pro, and the Mate 50 RS Porsche Design Edition. Another device that is running into the rumors is Mate 50E. But, is it coming or not, it is still a big question.

The three flagship models will equip the latest processors of the Qualcomm Snapdragon. Further, they will support the first-ever XMAGE imaging technology which will uplift the photography level to a different stage. In terms of optical framework, the device will sport a powerful six-blade variable aperture that will make your capturing time more impressive.

Another exciting concept is the satellite communication feature that Huawei is using for the first time. Besides, several HarmonyOS 3.0 features will prepare the internal system of the handsets to make them a perfect gadget in the market.

What else? Get a detailed look at all three smartphones, below.

The next place on the product list has been occupied by AITO M5 EV smart vehicle. The vehicle is going to power the latest HarmonyOS 3.0 system. It is a pure electric medium-sized SUV that features a sharp-nose design on its surface.

It has gained a dimension of 4785mm in length, 1930mm in width, and 1620mm in height. Further, to power up, the smart car uses a single motor and a lithium-iron-phosphate battery. Of course, Huawei car solutions with HarmonyOS smart cockpit increase the stability as well as efficiency of the automobile to a good extent.

Apart from these two high-end devices, the company has also shared promo images of some gadgets that it will launch in this series, let’s have a look over them. 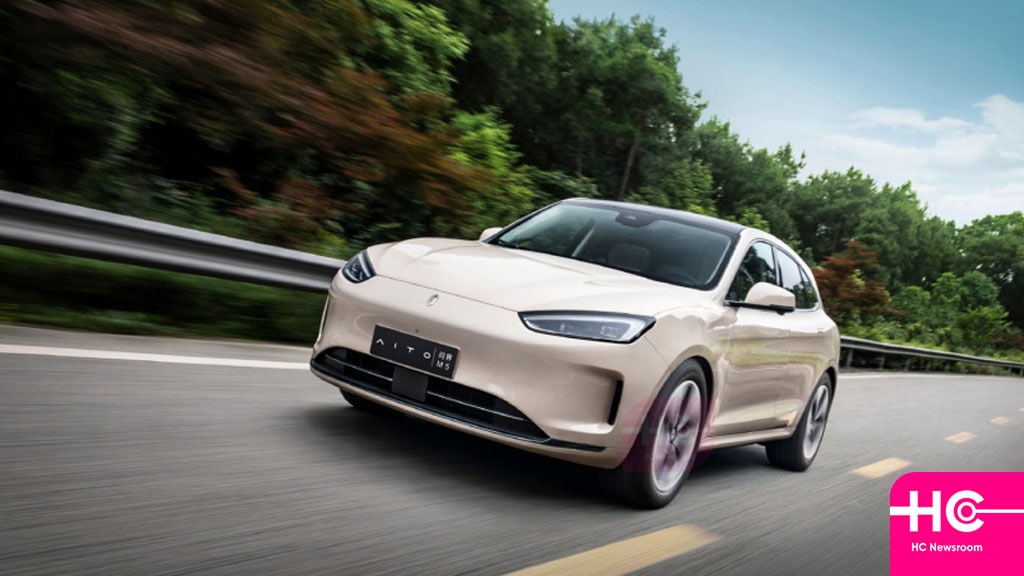 Looking for a new notebook? Huawei is bringing the MateBook E Go smart gadget with Windows 11 system. It’s a 2-in-1 notebook that can take the form of a tablet or a laptop accordingly. You will also get a removable keyboard and an M-Pencil Stylus to play with the new gadget seamlessly.

The next we have is a cat’s eye edition Smart Door Lock SE product. The new device uses the HarmonyOS operating system and has a handful of thoughtful features in its pocket. It ultimately enhances the AI fingerprint unlocking and EAL5+ chips that makes the security of your room tougher and more secure.

Although the company has already introduced a similar gadget in April this year. Yet, here is another one with some revamped functions and features for the consumers. 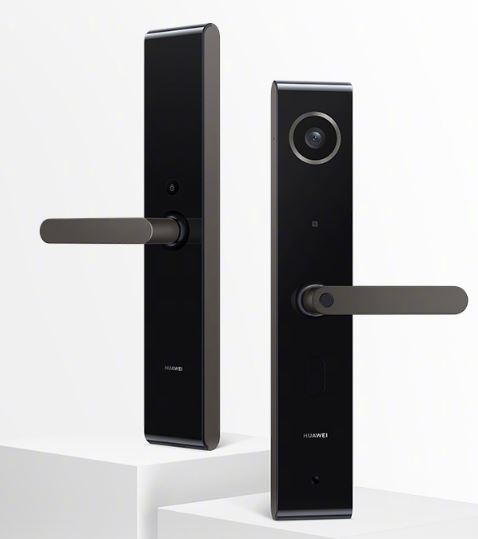 A new smart home product is also making its way to this launch event. Yes, Huawei will also release a Home Storage product with the support of 20TB. As a result, it can carry a large number of files, and media content in its stomach without any lags or hindrances.

Besides, the device will support 3.5-inch HDD and other smart features such as PC sync, live gallery, and smart search, which is fully compatible with the HarmonyOS operating system. 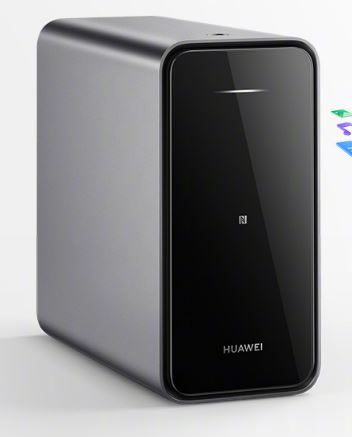 So far, Huawei has mentioned that it will stretch the legs of the HarmonyOS 3.0 interface in September. The company has also started the beta procedures for its eligible device to pace up with time. However, in recent days, we didn’t find any statement on the respective matter.

So this was a brief intro about all those devices that will take place in this launch event. There are some more devices on the list. Perhaps, it looks like these devices will take some more time to get ready for users. On the other hand, we don’t know what else Huawei has planned to surprise its consumers. Well, let it be a surprise and wait a little more till tomorrow’s event which will start at 2:00 pm.

However, there could be more of information waiting for us at the launch event… So stay tuned. 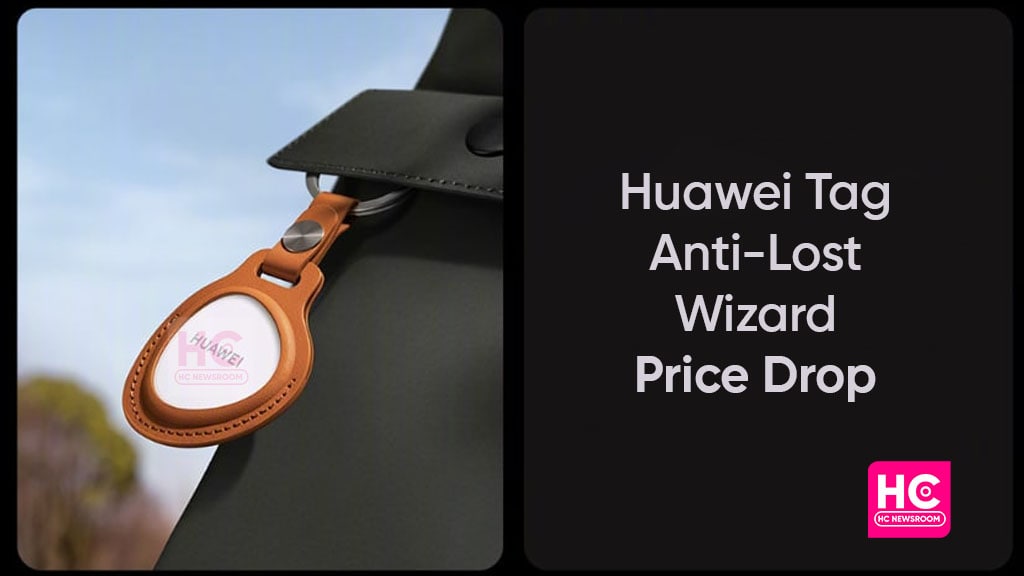 Are you a big fan of Huawei Tag devices? If yes, then here is some good news for you. The ultimate Huawei Tag anti-lost device price has dropped to a new low. Now you can get the smart mini gadget for just 79 yuan [11.00 USD].

The Chinese manufacturer launched the thoughtful innovation in July this year. With a price of 99 yuan (around 14 USD) the device kept its legs on the consumer platform. Besides, this tiny tag has packed several useful features in its pocket.

To those who don’t have any idea about this device, Huawei Tag is an anti-lost gadget. It plays a vital role in tracking the location and solving the ‘finding-objects’ issues. It also supports functions like long-distance objects and remote positioning. 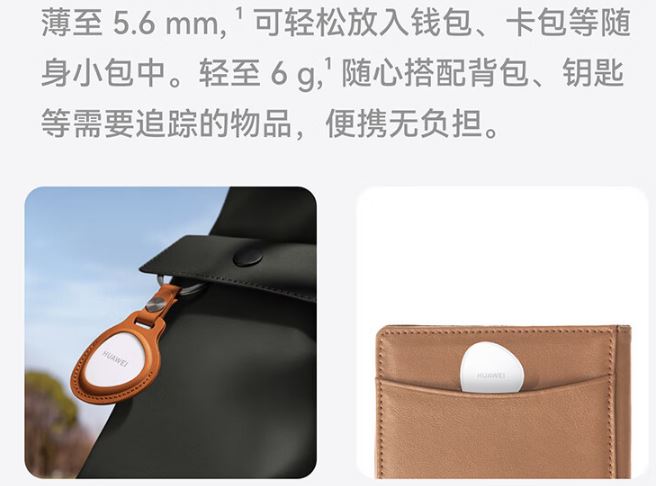 As mentioned, the initial price of the Huawei Tag anti-lost wizard variant was 99 yuan. However, with a discount of 20 yuan, the device is now available at 79 yuan [11.00 USD] at the self-operated JD.com online shopping channel.

So, hurry up! Take the advantage of this amazing offer and get your Huawei Tag anti-lost machine at a low rate. You can fill up the purchase details and choose the alternatives for payment methods in the below-given link. 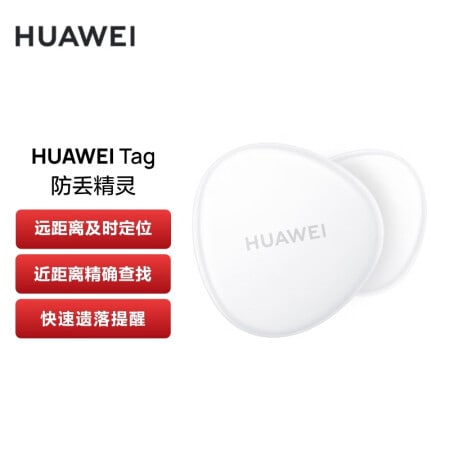 Huawei Tag appears in a pure white color with a unique shape and layout. It exhibits a super light weight of 6g and a thickness of 5.6mm. In terms of functions, the device supports near-field search technology with 92 dB.

Further, when an object is lost, the device sends a pop-up message to remind about the object instantly. On the flip side, the gadget is capable of utilizing the power of your smartphone to get the actual location of a lost item.

Concerned with security, the device adopts encrypted reporting of location info. As a result, your personal and location detail will remain anonymous throughout the object search. Besides, it alerts users on coming in contact with unfamiliar sources of tracking systems. 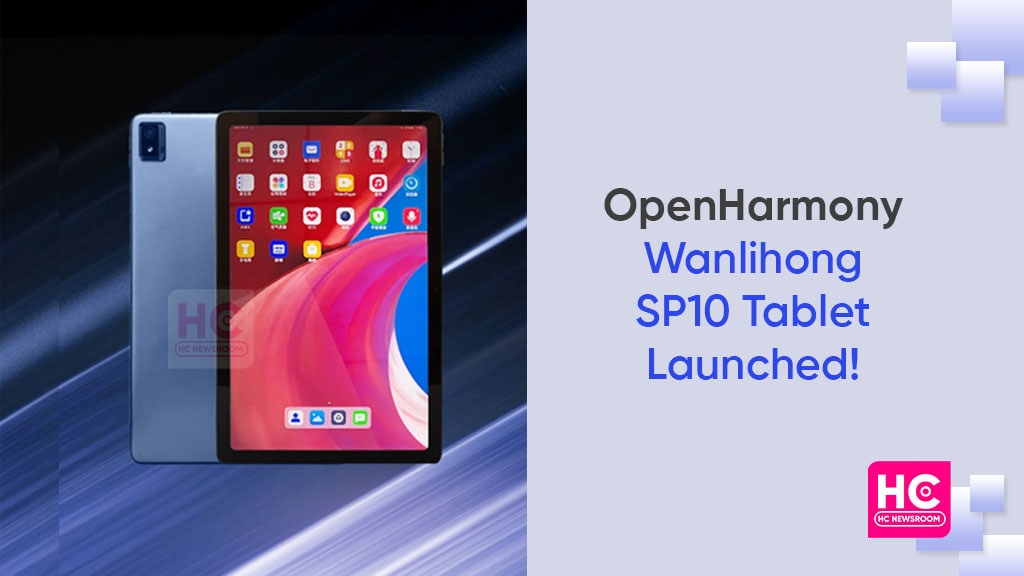 And here comes a new OpenHarmony product! Yesterday, Beijing Wanlihong Technology has launched a customized tablet, named Wanlihong SP10 with an OpenHarmony system. The device has stepped into the real world with outstanding characteristics.

Wanlihong Technology is one of the popular tech sectors in Beijing. The company focuses on both software and hardware aspects. Besides, it also looks after device access software, mobile hotspot monitoring, malware detection, and more.

On the other hand, the company also plays a lead role in the digital security and confidentiality segments. Dealing with big data, Artificial Intelligence (AI) applications, smart government affairs, biometric identification, and special operating systems, are some of the main objectives of this cooperation.

The well-developed firm has launched the Wanlihong SP10 Tablet that uses the OpenHarmony-based operating system. This device will mainly serve industrial purposes. Perhaps, we could find the tablet in the general market in the time ahead. 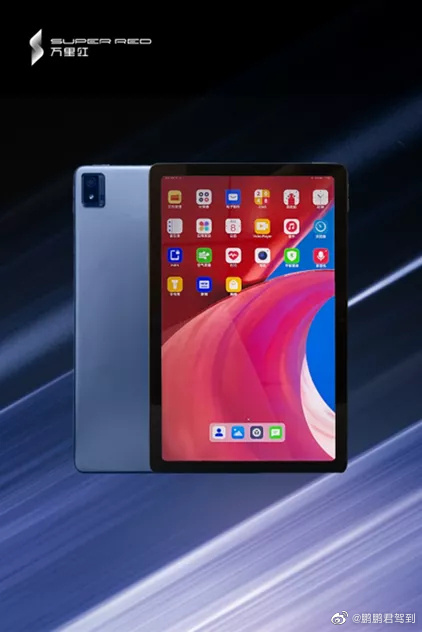 The advanced tablet features a 10.4-inch screen with a 2K resolution and a 60Hz refresh rate. Further, it powers an in-built octa-core UNISOC T618 chipset with a 12nm process and works on the efficient OpenHarmony internal framework.

At the rear surface, the SP10 tablet holds a mini shooter and a flashlight packed in a rectangular base. On the right side, the gadget exhibits the volume rockers and the power button. Alternatively, the device has successfully passed the 3C certification and comes under the energy-saving category.

Besides, the device also carries system-related attributes. These are e-mail, calendar, audio, video playback, and other common functions. Consequently, this is the first China-produced tablet that equips domestic chips, an open-source OpenHarmony system, and will be in use for industry operations.

Currently, the company has not disclosed the pricing as well as other parameters of the tablet. Let’s see what new recoveries we will find for the OpenHarmony system in the future. 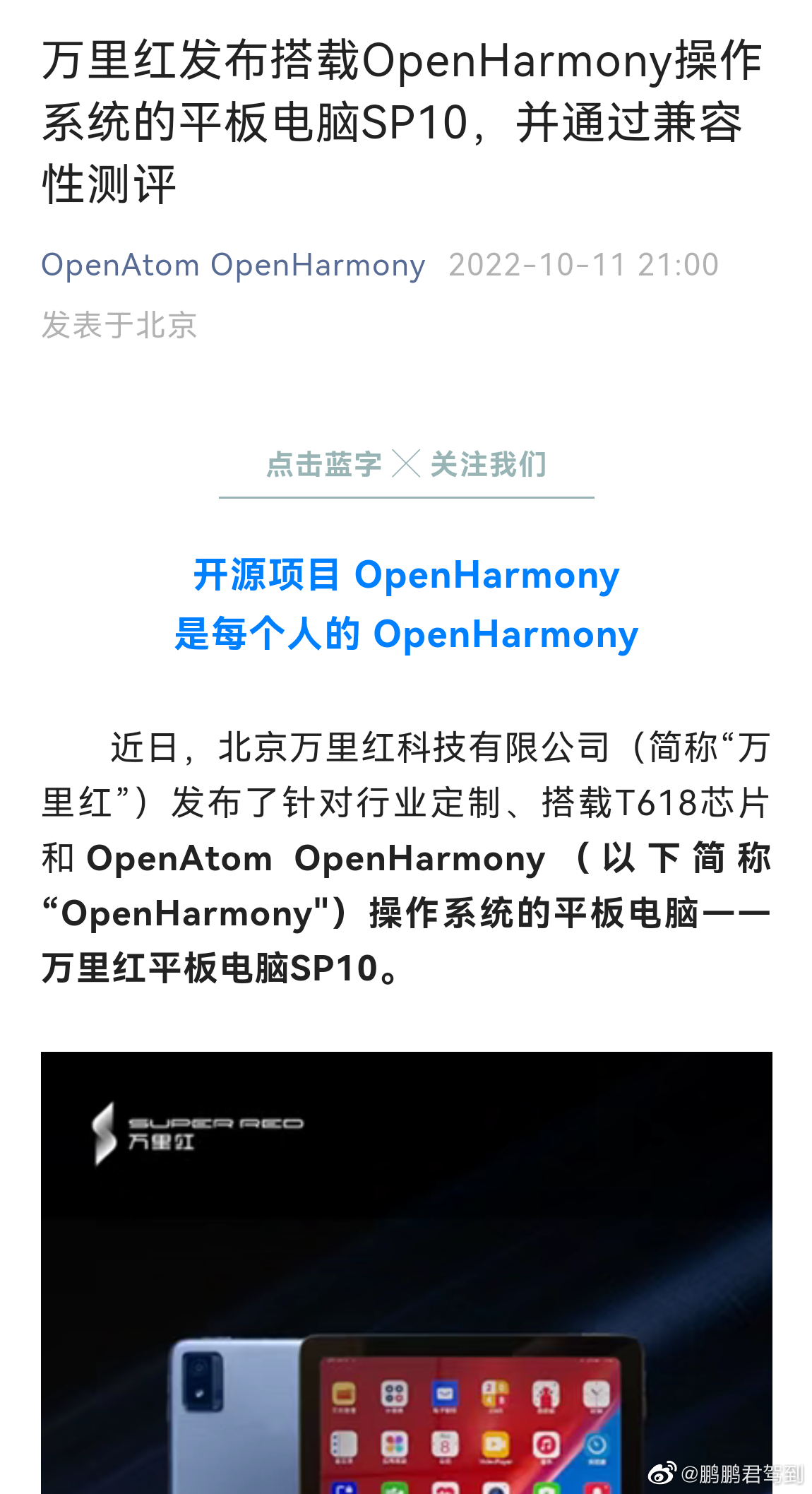 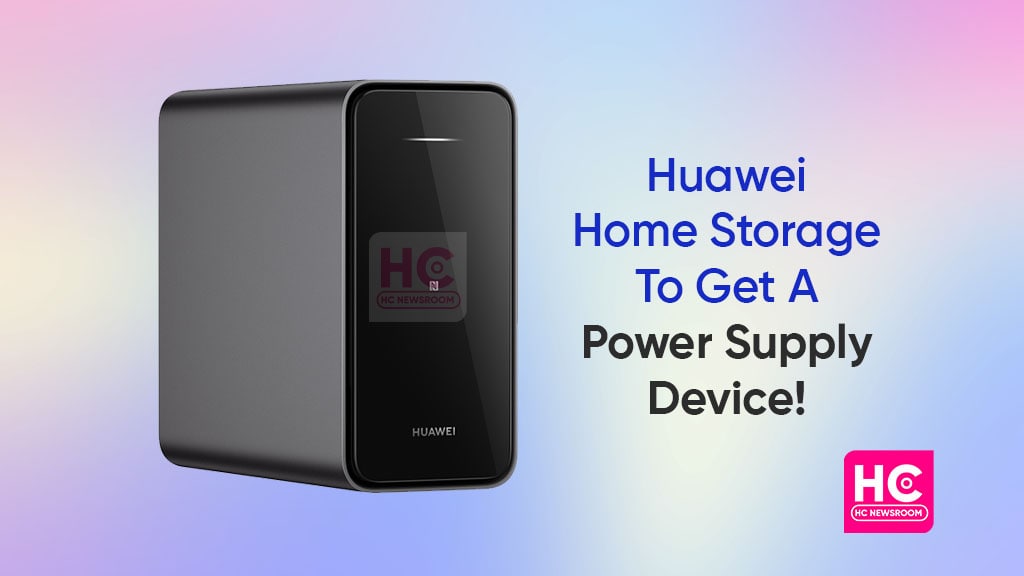 Huawei Home Storage Sale is still live for consumers. Meanwhile, we have come across something that will be quite useful and productive. As per the latest info, Huawei could bring a new uninterruptible power supply device for home storage gadgets.

Consequently, the Vice President of Huawei – Bruce Lee has brought this information in between us. The famous personality was describing the main difference between the NAS (Network-Attached Storage) products and the newly-released Home Storage.

While explaining the significant functions of the Huawei Home Storage, Brue Lee mentioned a new term – an uninterruptible power supply device. It will work as additional equipment that the company will attach to the storage gadget.

However, Bruce Lee reports that the development of this unique product is very slow at the moment. Hence, users should not expect the power supply automation till the next year.

As mentioned, Bruce Lee explained that in comparison to the NAS products, the latest home storage is extremely simple and efficient. The setting and management interface are easy-to-use and manageable with a smartphone.

Besides, the data security of the device is very secure. It supports file encryption and dual-disk backup, so that you may not risk your confidential elements. Further, users don’t require any special setting on the router for achieving the network.

The Storage gadget is capable of supporting remote access to stored files, and unlimited file upload and download speeds. Moreover, it can also synchronize and install third-party software. In terms of hard disk, this home storage uses the unique RAID solution which flexibly manages the file directory.

To conclude, the device is an advanced form of home storage and you still have the chance to grab this device on JD.com.