Last week Huawei announced to open public beta recruitment of EMUI 10/Magic UI 3 by later this month and the company has now officially announced this registration process for several devices in China.

Owners of these phones can participate in the official beta activity in the Huawei Club China.

Also, Check – EMUI 10: Here are all of the changes and improvements made to the UI 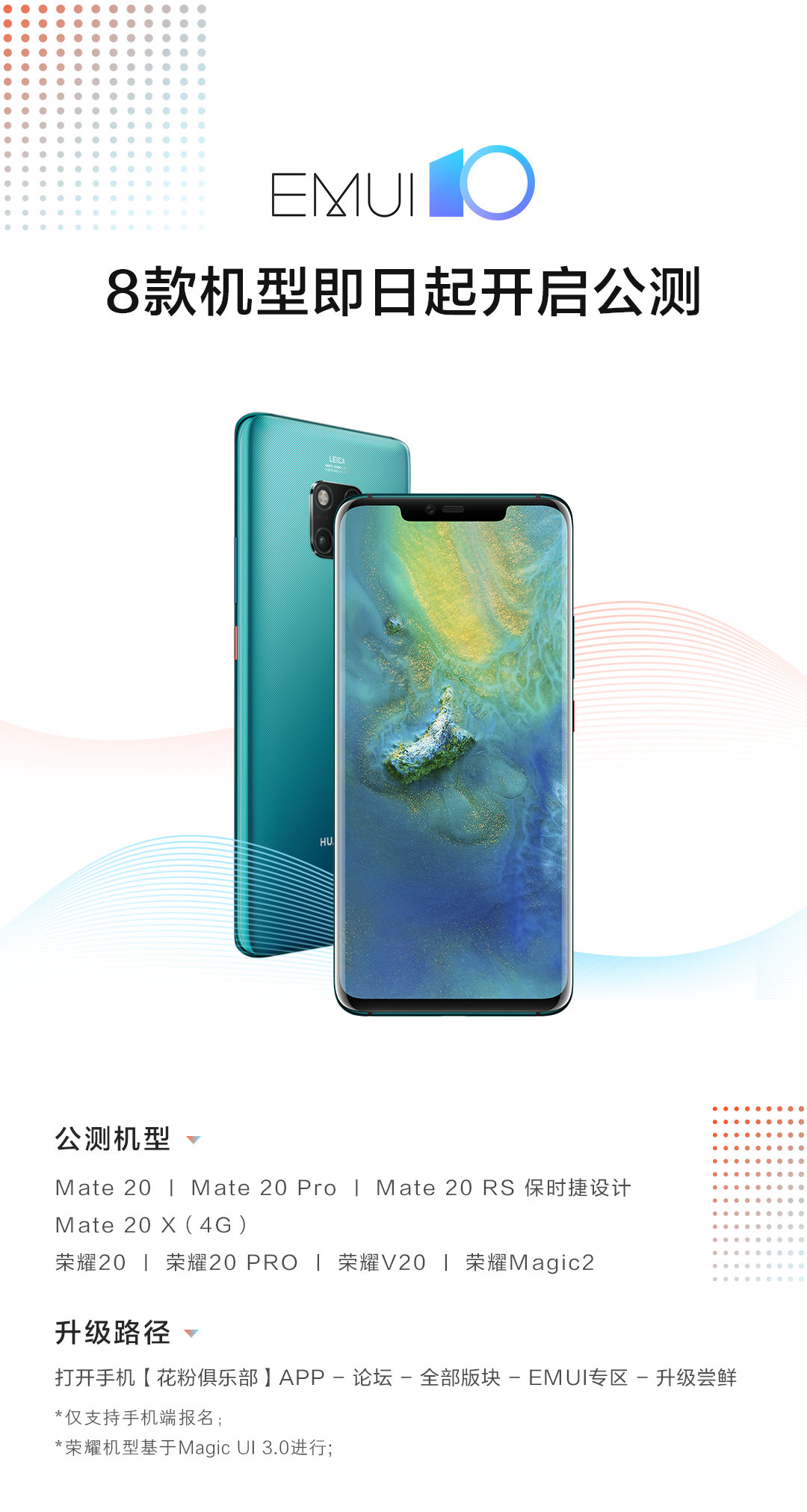