Huawei has been allowed to take part in the UK’s 5G development but there’s an important catch in that deal, therefore, the Chinese government has sent a suggestion to Britain to not bar the telecom giant from its role in 5G network development in the country.

According to a report from The Telegraph, Chinese Ambassador Liu Xiaoming defended Huawei and said “Countries of global influence, like the UK, make decisions independently and in accordance with their national interests”

“The last thing the world needs is the introduction of any sort of discriminatory measures toward companies involved in 5G network development. The last thing China expects from a truly open and fair ‘global Britain’ is a playing field that is not level,” he added.

Liu also said that security concerns over 5G network development could understand but could also be managed through personal collaboration.

To oppose this, a number of council members, including the Home Secretary, Foreign Secretary, Defense secretary, international Trade Secretary, and International Development Secretary raised concerns about the decision.

This decision from the UK came after US intelligence reported some serious issue in Huawei’s working terminology and allegations that the firm is working under the Chinese government.

Huawei has always denied being controlled by the Chinese government or any other related agency, or that its work poses any risks of spying and sabotage. 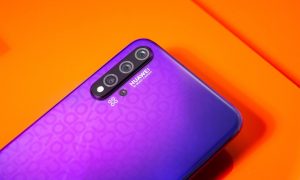