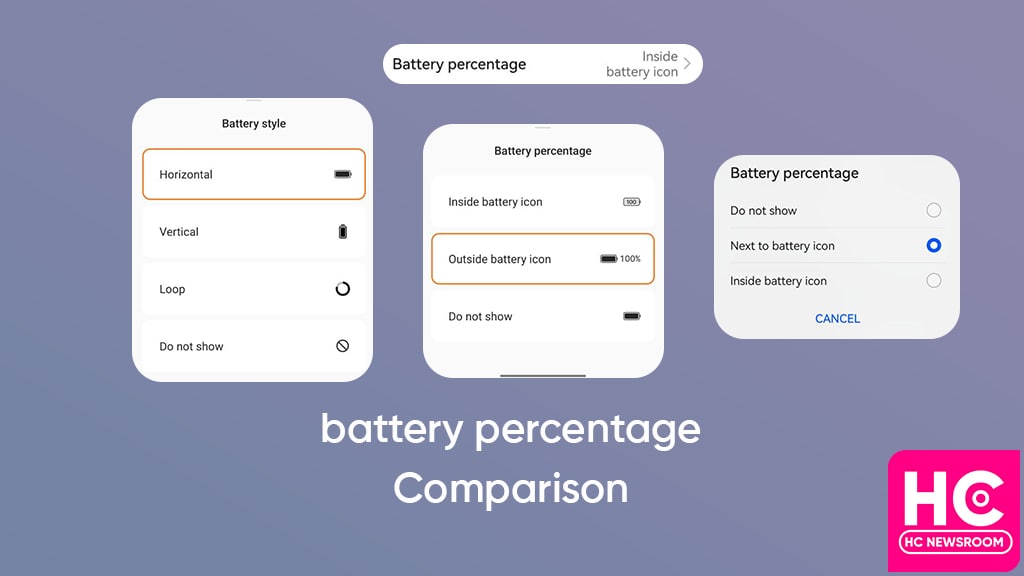 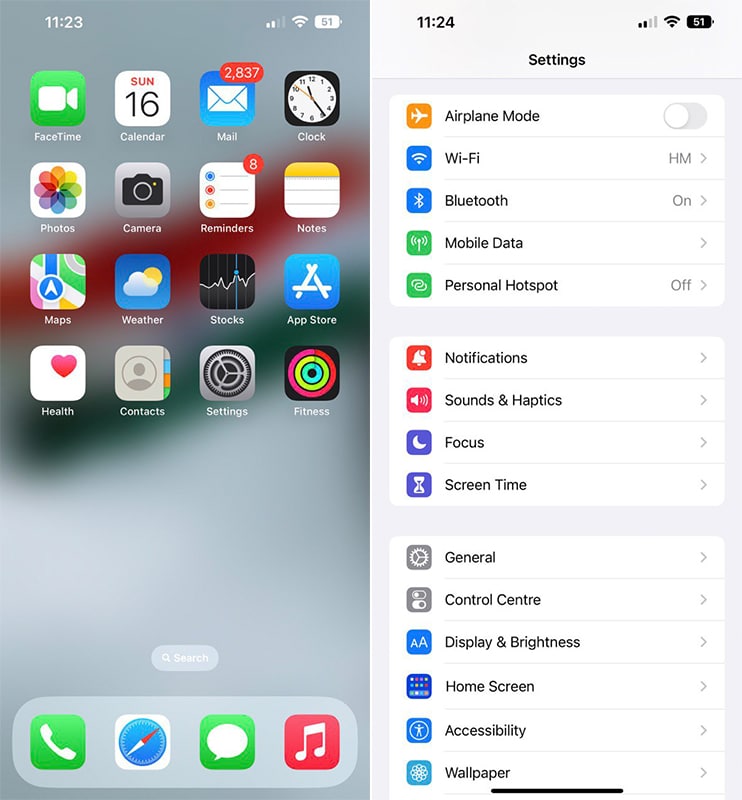 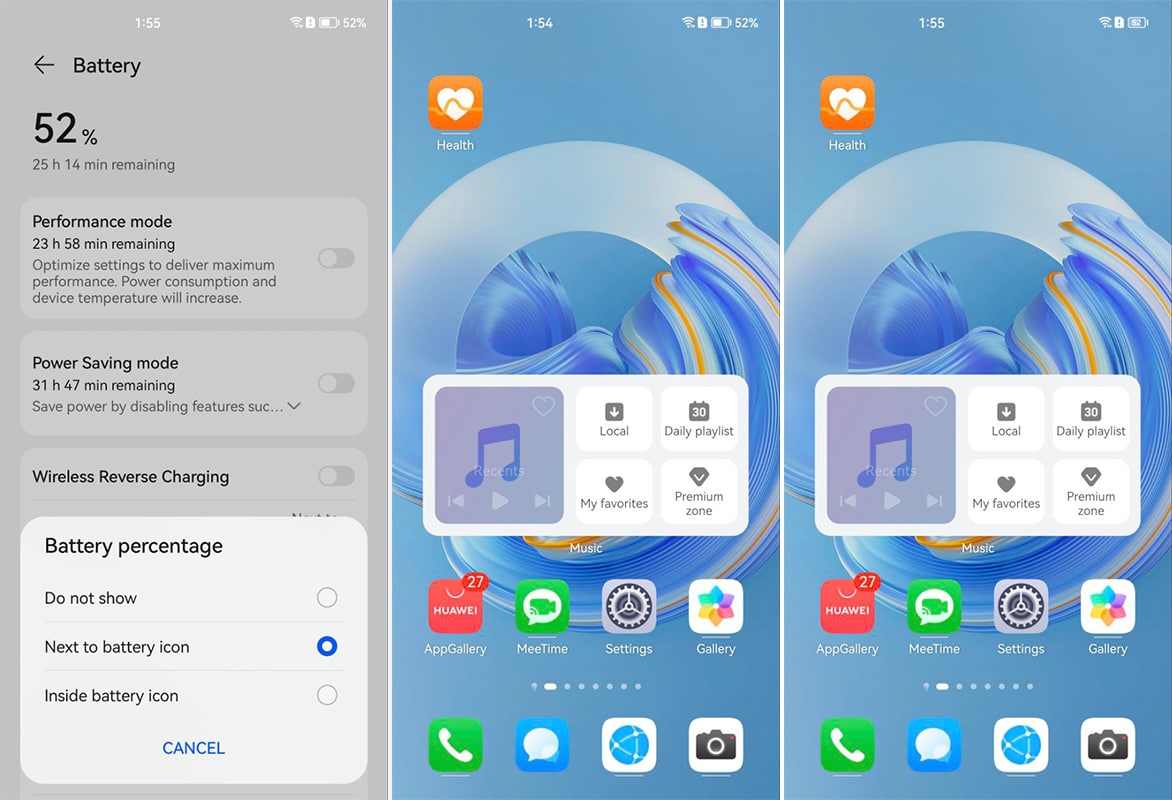 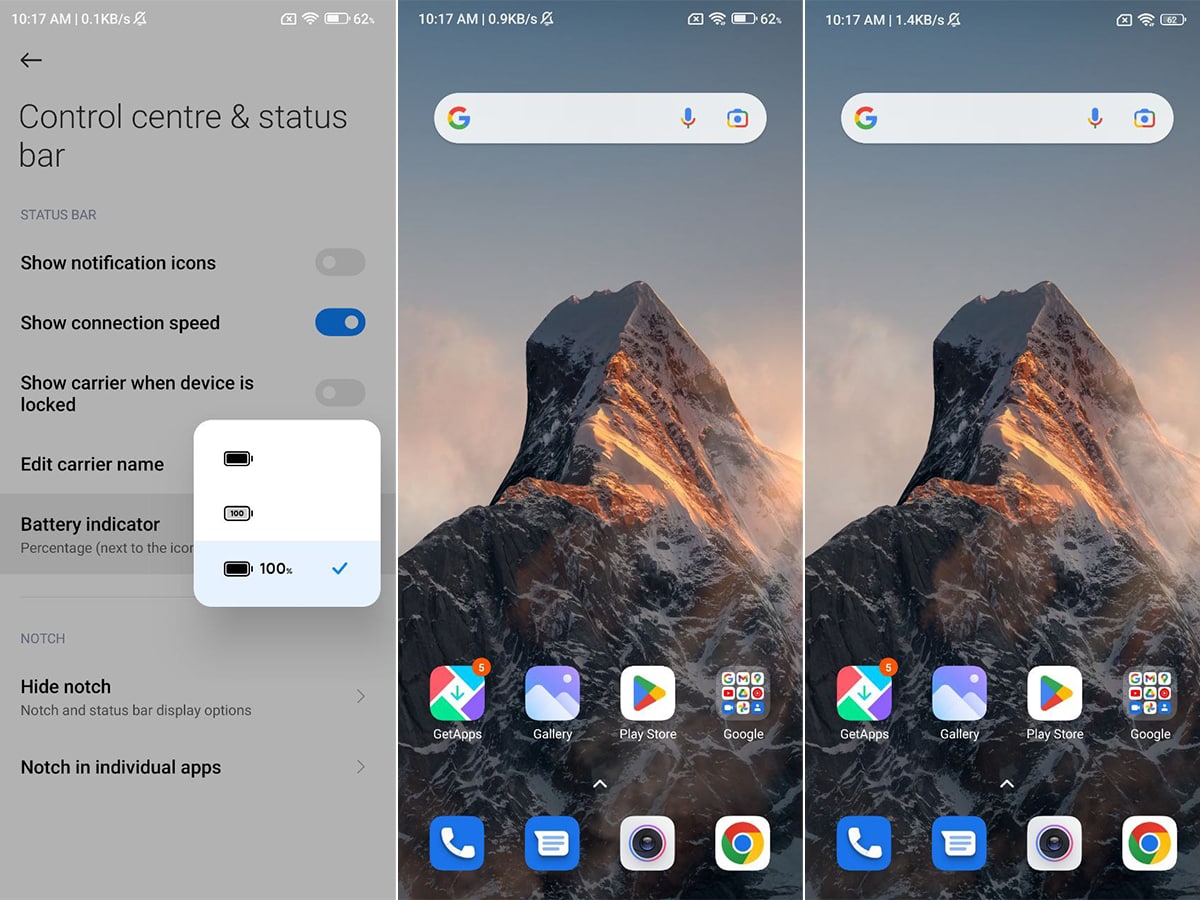 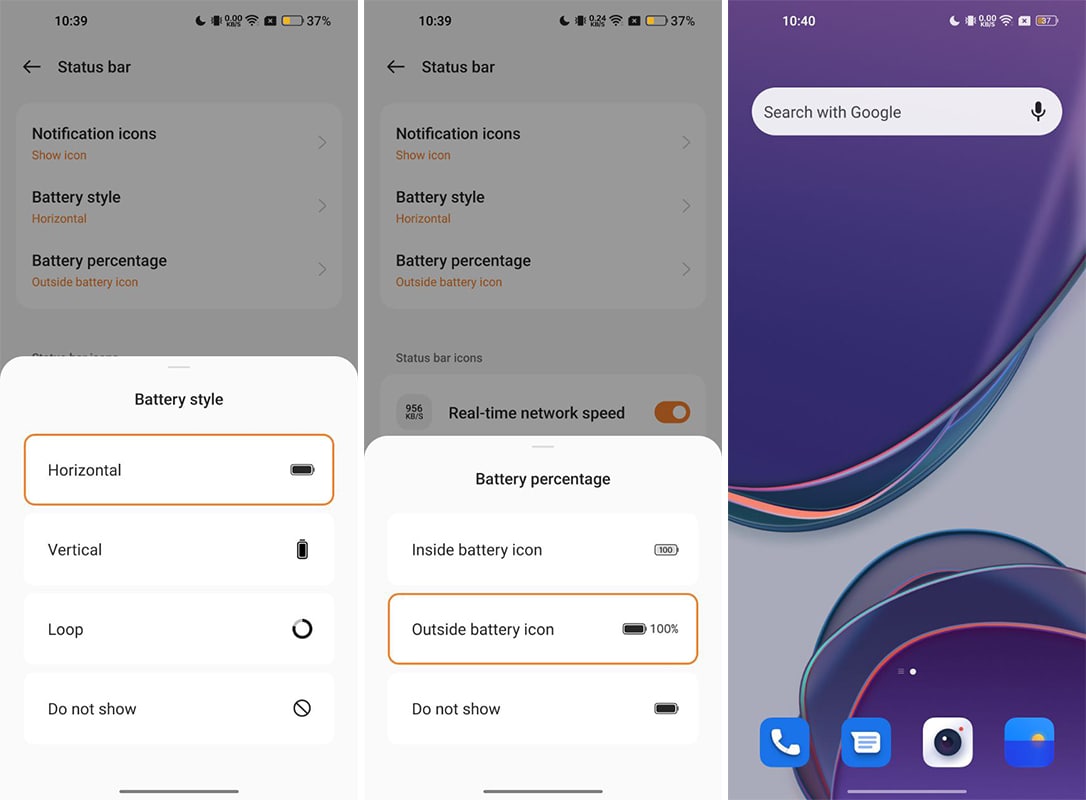 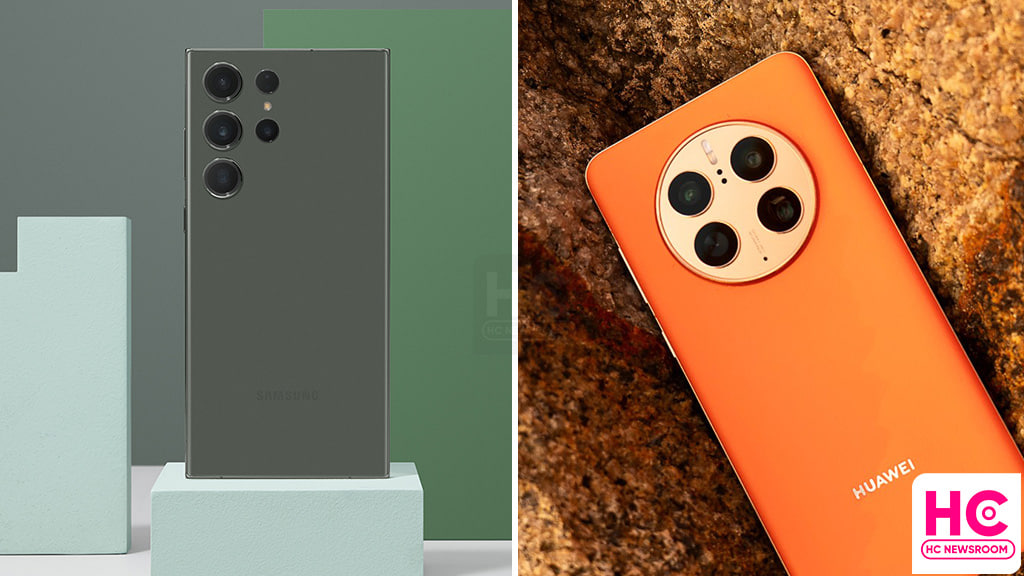 Samsung launched its new Galaxy S23 Ultra, the ultra variant from the S23 lineup, as its name says, the phone is the mightiest in terms of camera numbers and it’s time that we compare this flagship with Huawei Mate 50 Pro in terms of numbers and capability.

Samsung Galaxy S23 Ultra comes with an HP2 sensor inside a 200-megapixel camera with f/1.7 aperture, the number claims high quality with extra light intake. There are various clips to demonstrate Night/low light photography with a small aperture. 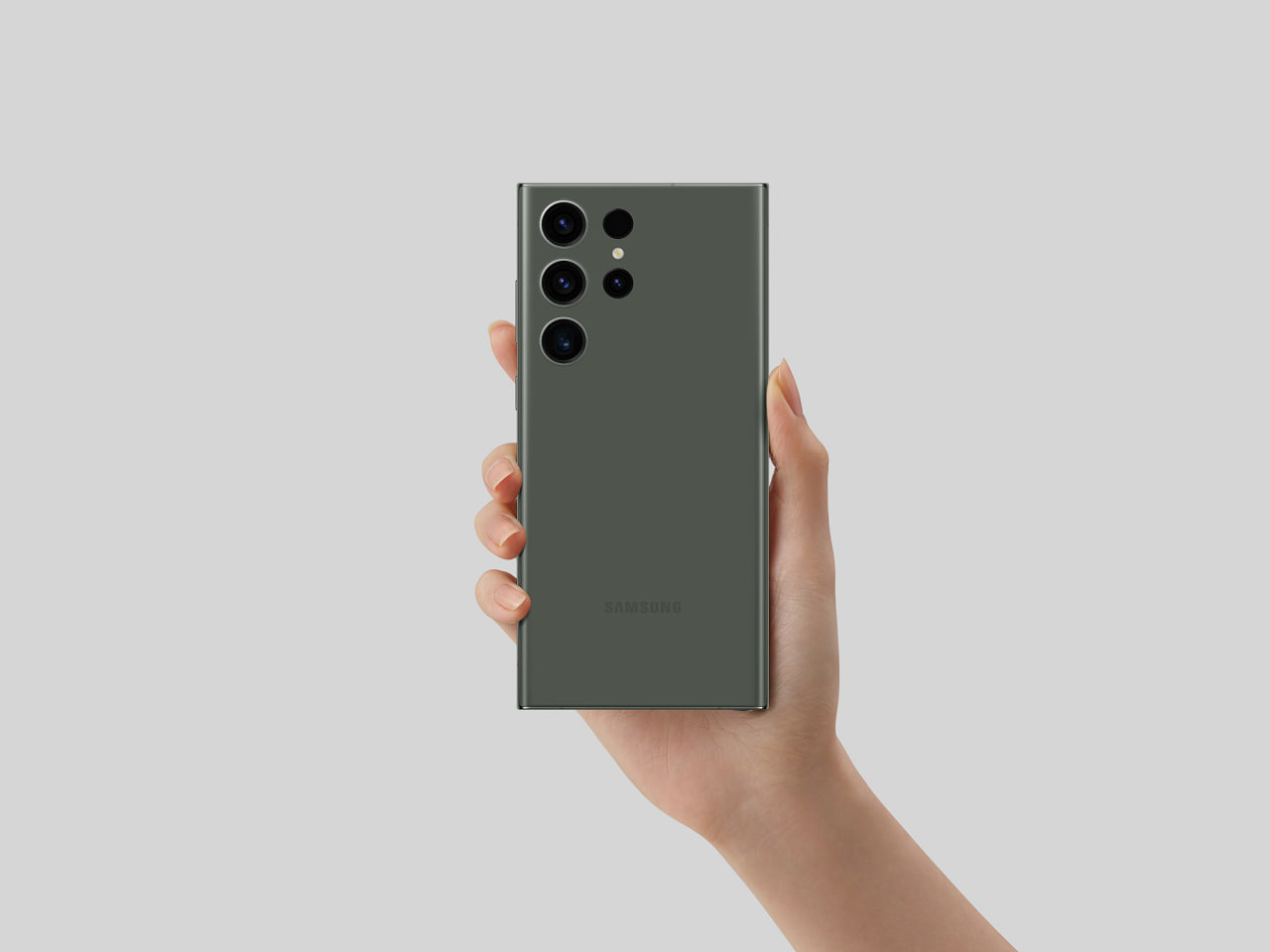 Although, Mate 50 Pro is not an Ultra model but it comes with an ultra-large f/1.4 aperture that boasts 24% more light with the RYYB color system.

The camera of Mate 50 Pro also provides powerful bokeh shots that really blur the background and highlight the subject with its powerful aperture prowess.

Samsung Galaxy S23 Ultra comes with AI-powered image processing APIs and it could make use of that 200 MP camera system but Huawei Mate 50 Pro could perform image refining tasks even better with its new imaging system called XMAGE. 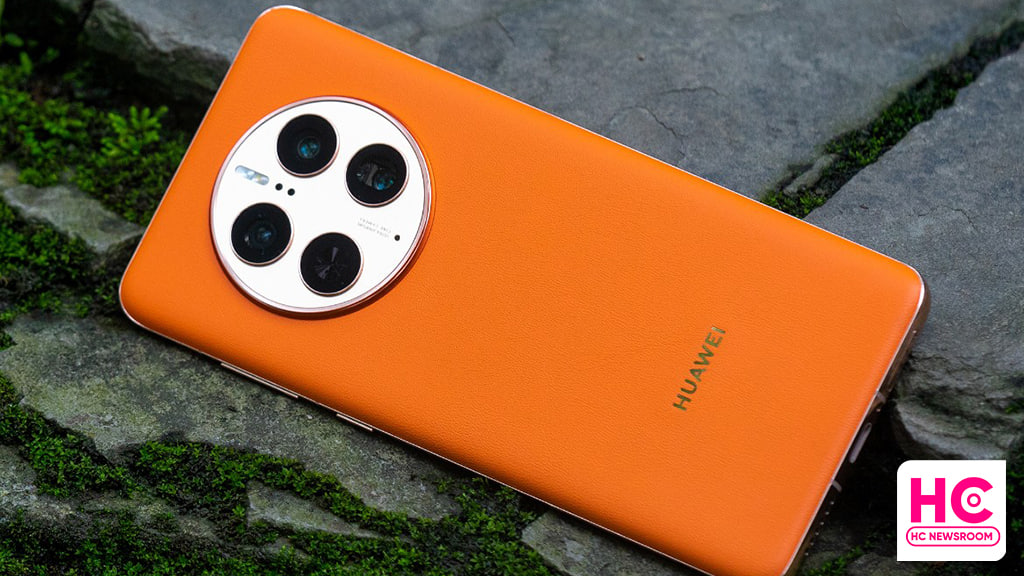 Samsung Galaxy S23 Ultra doesn’t promote the capability to shoot macro but Mate 50 Pro won’t disappoint you, because it has the world’s most powerful macro photography and now a video section that will lead you to the closest to the smallest object in your sight.

Next comes the Ultra wide-angle camera, which counts at 12MP on Galaxy S23 Ultra with f/2.2 aperture and 120-degree field of view. On the other hand, Huawei uses a high-quality 13MP ultra-wide lens to cover all of the group in one picture with identical aperture and FOV.

Samsung Galaxy S23 Ultra has dual telephoto cameras, one is a 10MP optical and another is a 10MP periscope. According to the information, these lenses switch automatically.

The periscope camera has a maximum of 10X optical zoom with f/4.9 aperture. On the other hand, Huawei Mate 50 Pro comes with a 64MP Periscope camera that has an f/3.5 aperture camera that could reach a long-long 10X while maintaining the photo quality. 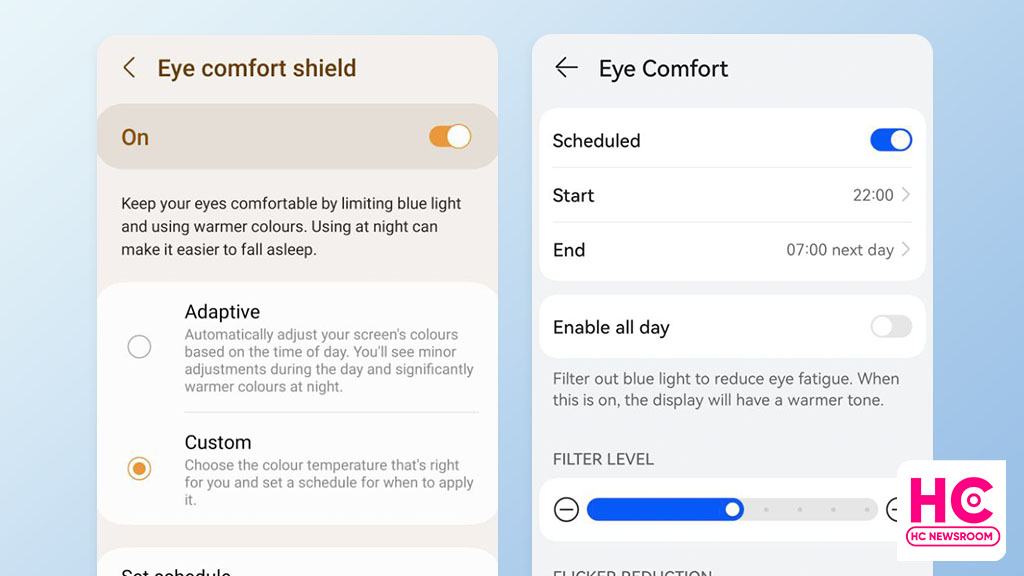 Nowadays, we’re close to our smartphones than ever and this close partnership could bring some eye fatigue powered by Blue light. However, there’s a feature called Eye comfort that is pre-blended on Huawei EMUI to save your eyes, adding to this, we’ll also compare it with the Samsung One UI counterpart.

Although, smartphone makers are enhancing the display panel for the best quality possible but blue light emissions cannot be stopped.

Using devices up close or for long periods can lead to digital eyestrain. Research has shown that when people use computers, laptops, and other digital devices, they tend to blink less often than normal. Fewer blinks can mean less moisture. Digital eyestrain means different things to different people but is generally related to the focusing system of the eyes.

A blue light filter decreases the amount of blue light displayed on the screen of the device, which can suppress the production of the sleep-inducing hormone, so filtering it out can help you sleep better. It will also help you to reduce digital eye strain.

Coming to the comparison, both Huawei EMUI and Samsung One UI come with eye comfort features and it’s time that we look into the aspects. 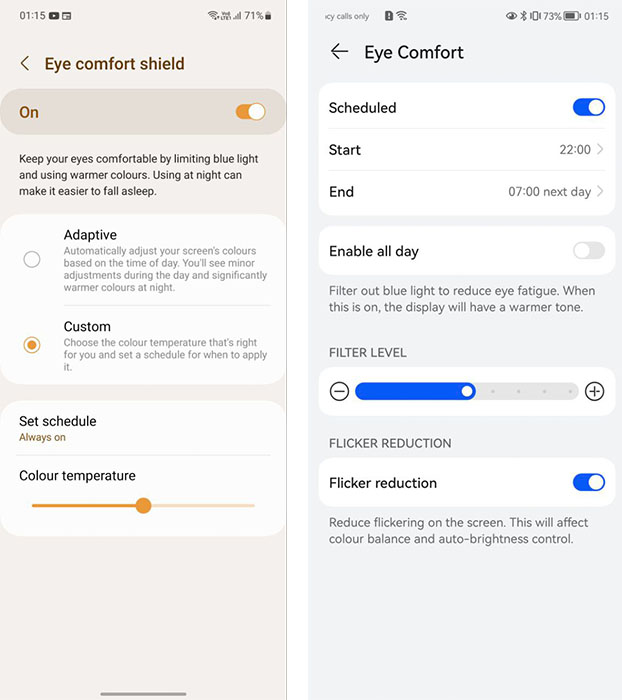 The Eye schedule feature allows you to enable/disable eye comfort with start and end time.

Once enabled, the feature overlaps the screen for the entire time until you turn it off manually.

A slider is available on both software that filters out blue light to reduce eye fatigue, you can slide it left or right to increase/reduce the filter strength.

Only Huawei EMUI comes with a flicker reduction feature, and as the name reflects, the option helps you to reduce flickering on the screen. This will affect color balance and auto-brightness control. 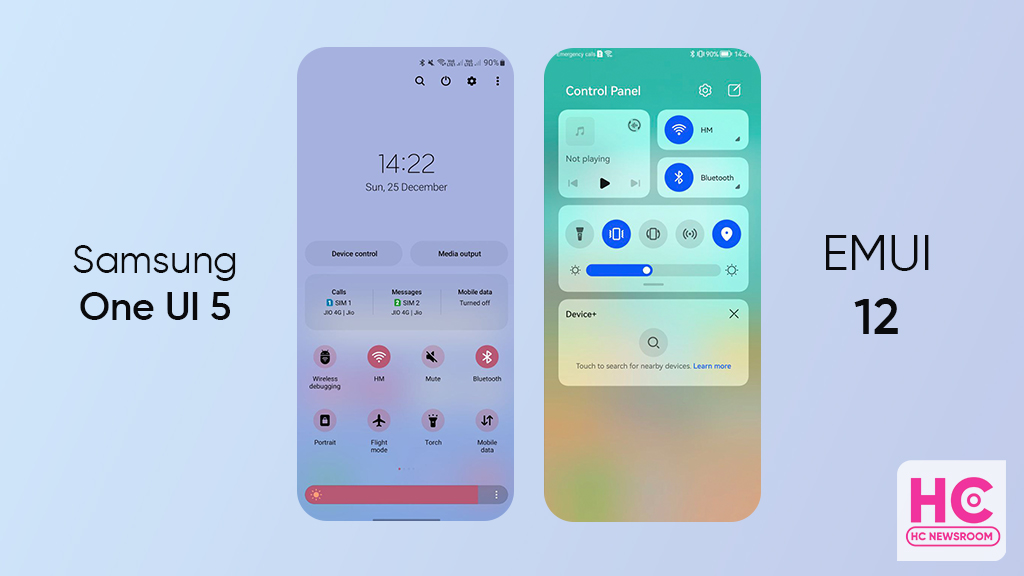 Samsung One UI 5 is the latest mobile software based on Android 13 but the software is making slow progress for a better user experience as compared to Huawei EMUI 12.

One UI 5 is one of the most low-approved software and it lacks innovation as well as smoothness. Don’t take my word for it, if you have a Samsung phone, you may like it ‘a bit’ but if you have a Huawei phone or even an iPhone then, you may want Samsung to kick in some new efforts.

Currently, Samsung is busy sending One UI 5 software to old devices. As compared to One UI 4.1, Samsung has made some changes in the user interface and a few in the features section. However, these changes are teeny tiny on the surface.

For instance, Samsung One UI 5 quick settings are similar to One UI 4.1. There is a small change that is powered by Android 13’s Material You design and the rest of the UI and functionality remain the same.

To access One UI 5 quick settings, you can swipe down from the top and swipe again to open the full panel. On the top tray, you will get key features of search, power, and settings, as well as edit.

Followed by a large space for time and date and followed by device control and media output manager. The bottom section includes SIM manager options, quick access icons, and a brightness slider. These are the same old features that were available in One UI 4.1. 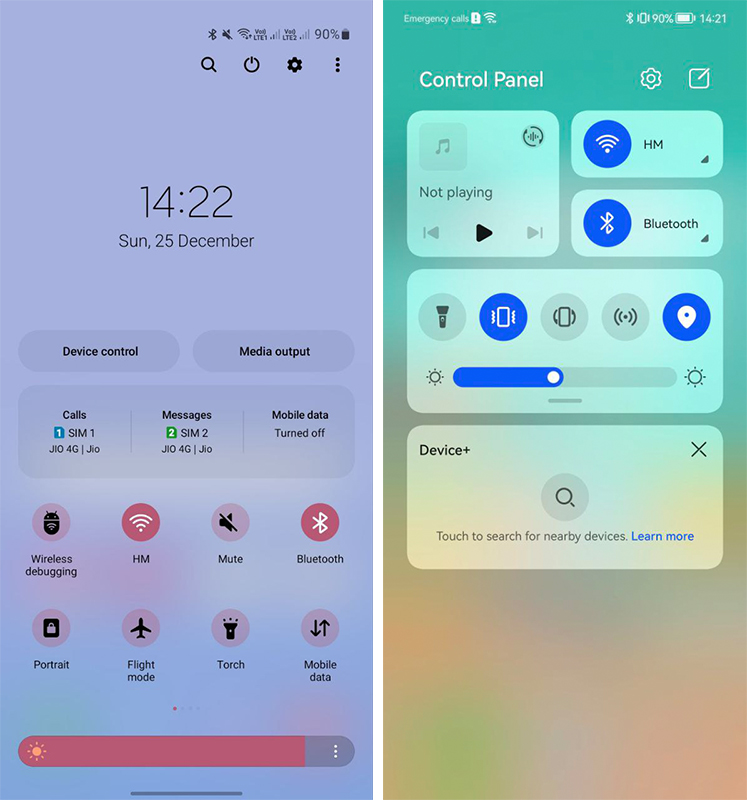 On the other hand, EMUI 12 renovated the user experience for Huawei smartphone users. The Control Panel (quick settings) combines a number of new features and services that weren’t there before.

The control panel brings simplicity at hand. Starting from the top section, the phone could use it to control WiFi, Bluetooth connected device way better than One UI 5. There’s a media controller that will allow you to manage playback

Do you think that’s the end of the story? Nope, because Huawei EMUI 12 quick settings enable audio projection to broadcast music on different devices all at once.

The EMUI 12 control panel has quick settings icon section, which has big dials than Samsung One UI 5. Talking about creativity, EMUI 12 further outshines One UI 5 with its Super Device and Smart Device controllers.

Samsung is free to brag about smartphone sales in the global market but when it comes to features and user experience, One UI 5 is still far away.

What do you think, Samsung One UI 5 has better quick settings or EMUI 12? Let us know via the tweet below.