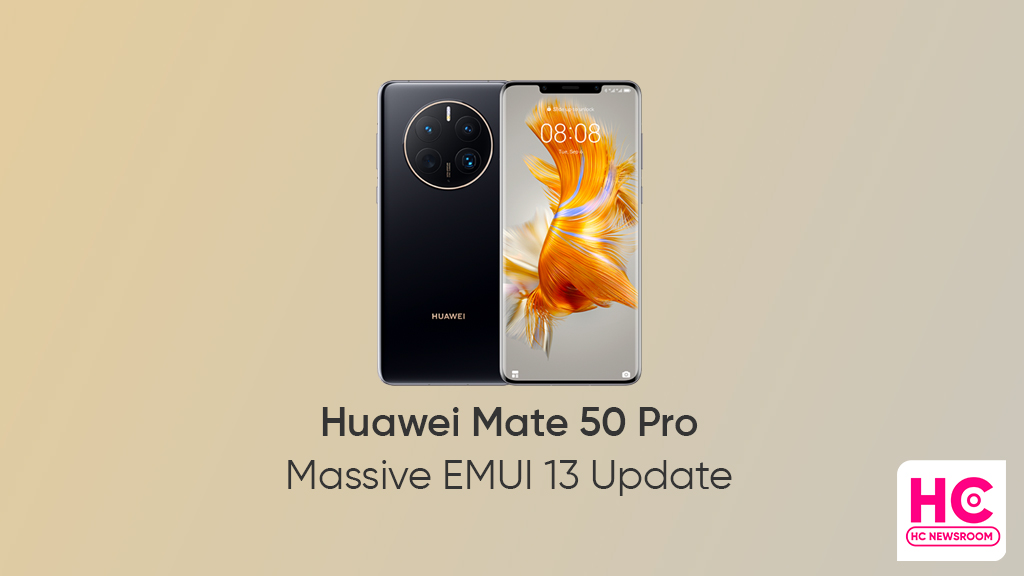 Huawei is rolling out a massive EMUI 13 software update for the global unit of the Huawei Mate 50 Pro flagship. This is such a big move played by the phone maker to provide a new level of user experience.

Let’s start with the version number, Huawei is sending this new software update with EMUI 13.0.0.187. The features mentioned in the changelog are essential and bring a lot to the end user.

Specifically, the update installs the Smart Scan feature, which lets you scan QR codes straight from the home screen. When you are on the home screen, you just have to simply point your device’s rear camera at a code until the QR code icon appears. Then tap the rear cover twice or touch the Icon to scan the code.

You can enable this feature by going to Settings > Accessibility features > Smart sensing > Smart Scan. The firmware bundle will also optimize your phone’s stability for a smoother and more optimized performance.

This new update has improvements for the communications section in certain situations. Furthermore, the apps section will provide a better user experience with some system apps.

To be mentioned, the audio quality of calls and games receiving a new push in quality, which is great. That’s not it, Huawei Mate 50 Pro users will get better security with December 2022 security update.

So far, the Huawei Mate 50 series is the only smartphone lineup in the global market to run the EMUI 13 software and this massive feature update makes puts a new step up for the users.

This is an initial rollout, and Huawei will gradually expand this update in Huawei Mate 50 series.

Thanks to our tipster for this amazing input. 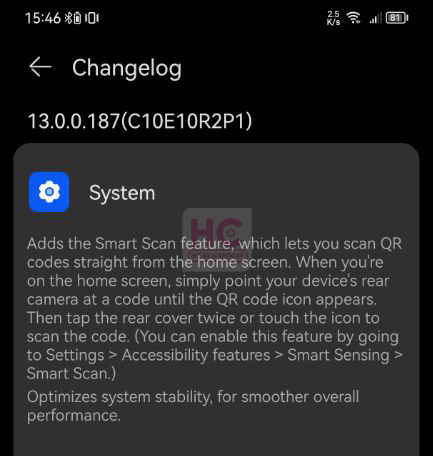