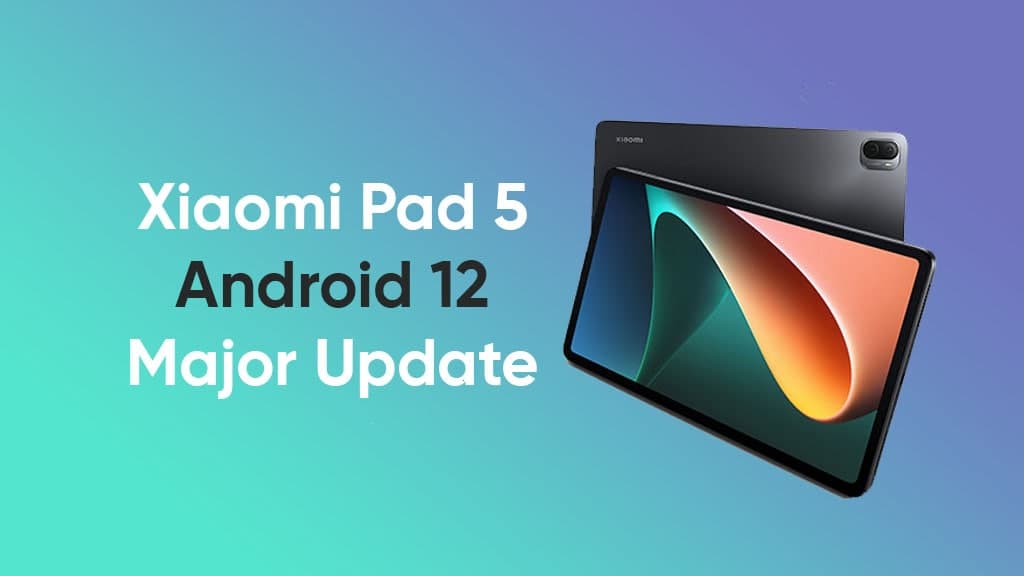 Xiaomi has decided to unveil the Android 12 operating system for Xiaomi Pad 5 devices. The company formally stated some information regarding the upgrade of the device on social platforms. However, the release date for the update is not in the confirmation state yet.

As mentioned in our previous article, the device has received many updates. These updates brought new implementations as well as optimizations that enhance the overall system of the hardware. Despite the fact, that these updates were based on the Android 11 interface.

Even if we talk about the latest software of Xiaomi, the device has also attained the MIUI 13 with all-new features and elements. Although, the new software is also running on the Android 11 platform at present.

As per Xiaomiui, the Chinese company declared the following statement associated with Xiaomi Pad 5 devices for Android 12 update on the social stage:

By the above-mentioned sentence, an expectation can be made, that Xiaomi Pad 5 devices users will receive the great upgrade news in a short while.

Xiaomi Pad 5 is a tablet device that came into existence in early August 2021. Being a large screen device, the consumers most likely awaited for Android 12L upgrade for their gadget. Android 12L opens the door to better functionality and experience for big display devices.

The Android 12L OS offers powerful and intuitive multitasking over Android 12. Moreover, it improves the compatibility experience and provides finer resources for the device. For knowing more about the system, click here.

The 11-inches IPS LCD gadget provides a resolution of 1600 x 2560 pixels along with a refresh rate of 120Hz. Further, it equips a Qualcomm Snapdragon 860 SoC (System on a Chip) and an irremovable battery of 8720mAh.