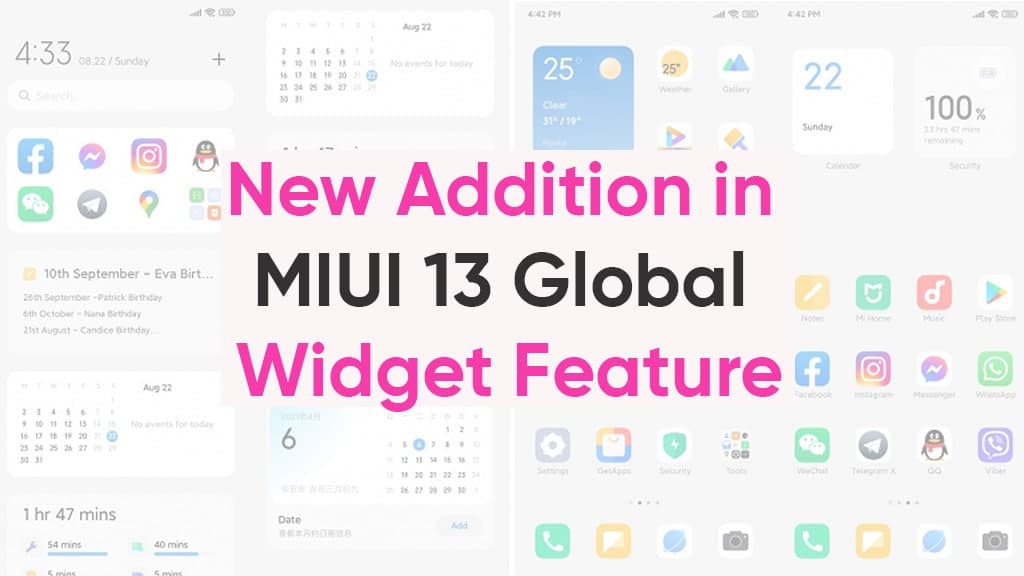 Xiaomi has made some more new additions to the widget feature of Android 12 based MIUI 13 Global ROM. Initially, the global users had a system software that lacks the widget feature in it. But now, through these supplements, the company made the Global ROM one step near to the Chinese MIUI interface.

As mentioned in our previous article, the MIUI 13 India consists of fewer widgets in the feature. But over time, new implements took place in the Indian ROM version of the software. Users can find these inclusions in both widgets frame and app vault.

Eligibility among the devices

According to Xiaomiui, the Android 12 based MIUI 13 widget feature update that contains more widgets is intended for few consumers at present. But, the company will roll out a public release in a short while.

Although, the regions like MIUI 13 Global (MI) and Europe (EEA) will leave behind in terms of new implements. Excluding the exceptional case, other devices that are stably running on the MIUI 13 Global ROM will be able to opt for the new feature addition update.

Besides this, further regions that will hold the new additions of widget includes India, Indonesia, Russia, and Turkey.

New widgets in the Widget Feature

According to the tipster report, the new widgets that are added to the latest MIUI interface are as follows: 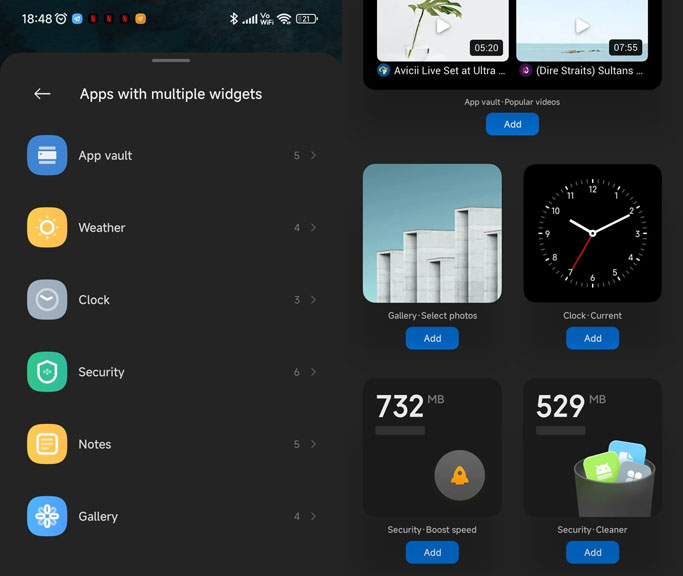 Other than these widgets, smartphone users can find the older widgets as well. The older feature consists of more in numbers. Here is the list of the previous elements that were available in the feature beforehand.

An APK (Android Application Package) or a Google Package Installer file installation is required as initially, the update is not meant for public use.  Further, the users can open the APK file in their file manager application and download the update through it.

These Redmi and POCO devices are receiving Android 12 internally