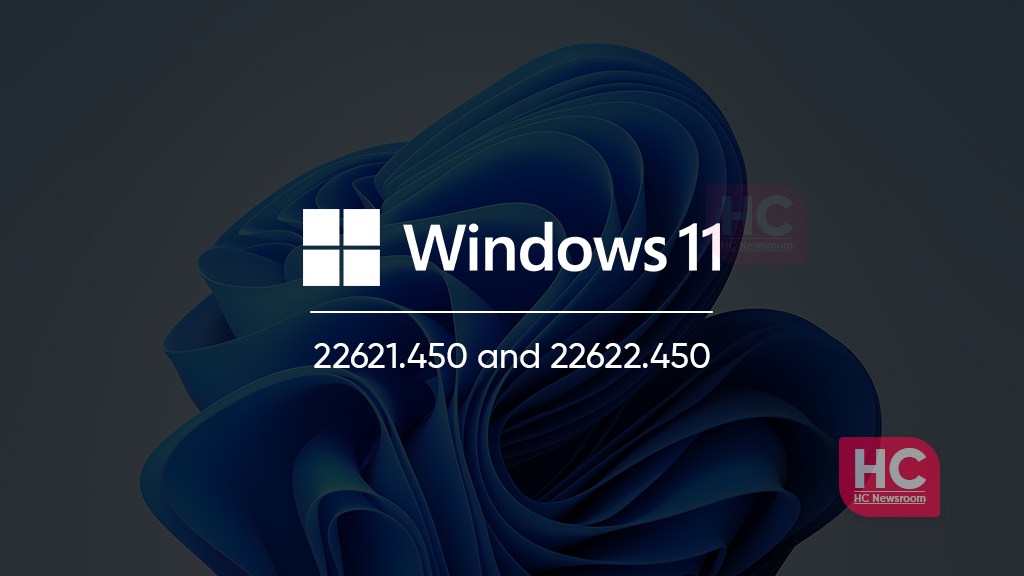 Microsoft is shipping a new insider update for Windows 11 with build version 22621.450 and Build 22622.450 (KB5016700). This update is massive and brings a number of new features, fixes as well as system improvements for a better user experience for Windows 11 devices.

According to the information, Windows 11 build 22622.450 is labeled for new features, and build 22621.450 is labeled by default for all users. Therefore, if you haven’t enabled the default build, you can check for updates and choose to install the latest insider features via Build 22622. 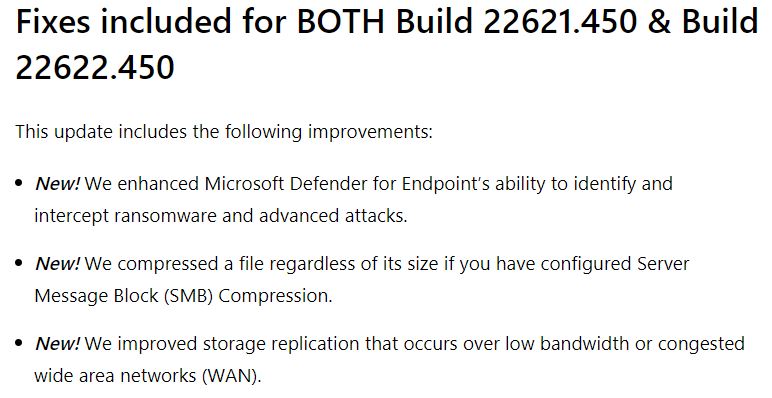 Here are some of the general issues found in the recent beta builds.

Advertisement
Related Topics:MicrosoftWindowsWindows 11
Up Next 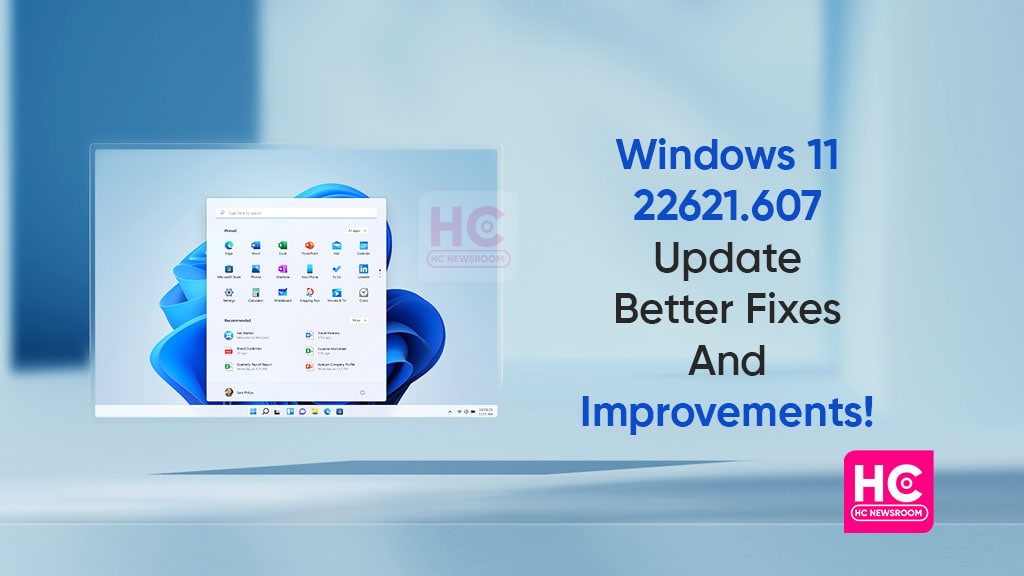 After testing out the beta versions, Microsft has released a stable Windows 11 update as a 22621.607 (KB5017389) version. Surprisingly, this new update carries a huge bundle of fixes and improvements in comparison to the beta builds.

On diving into the depths, we found that the company has mainly modified the internal system. Further, it has repaired the defects where the processors used to create hindrance and affects the smooth functioning of the overall core mechanism.

Apart from the improvements, the company has implemented widget content to the taskbar. Consequently, on opening the widget board, a banner containing more information related to notifications appears on the screen.

The manufacturers have also updated the start date for daylight saving time in Chile. Initially, the beginning was from September 04, 2022. However, now it is September 11, 2022.

And the list won’t end here. To grab a detailed view of this list, check the below-given changelog section. 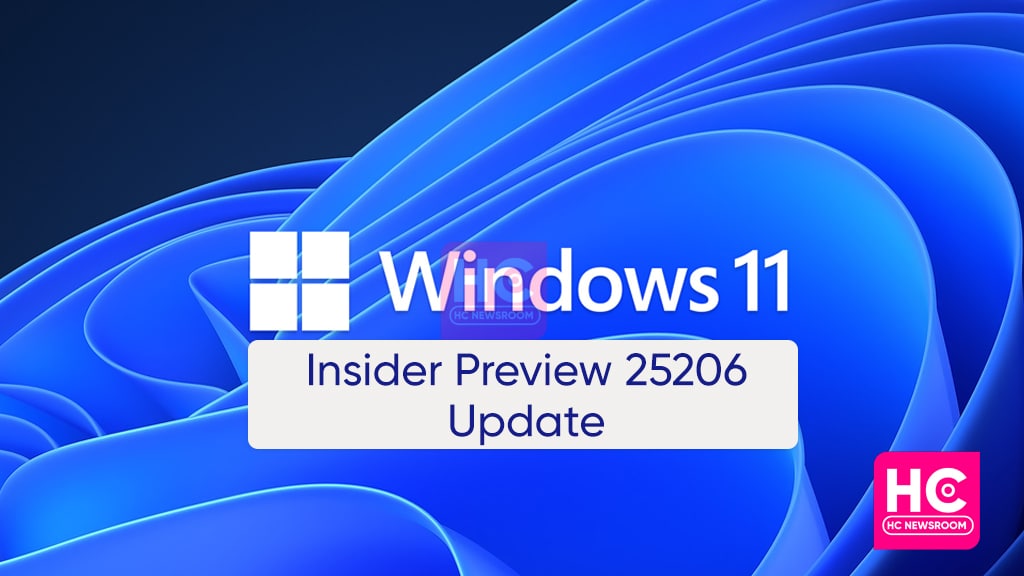 Windows 11 are now significantly improved over the past year, to the point where updates feel like their arriving monthly now. Here we come up with the new update for Windows 11 Insider Preview 25206 build, which offers a vast changelog including new features, fixes, graphics, and more.

This new version of Windows 11 includes SMB authentication rate limiter behavior and a set of fixes to improve the overall experience for Windows Insiders. Alongside you can search from file explorer Home will show recent file activity for the cloud files in the details view.

Let’s explore the changelog for this new 25206 update of Windows 11 Insider to improve the overall experience for the Windows Insiders:

The SMB authentication rate limiter in Insider Preview builds has added an additional protection mechanism to the SMB server service: it implements a delay between each failed NTLM authentication. This means if an attacker previously sent 300 brute force attempts per second from a client for 5 minutes (90,000 passwords), the same number of attempts would now take at least 50 hours.

The goal here is to make a Windows client an unattractive target either when in a workgroup or for its local accounts when joined to a domain. Even though the SMB server runs by default in all versions of Windows, it’s not accessible by default unless you intentionally open the firewall or create a customer SMB share that opens the firewall.

Starting in Build 25206, it is on by default and set to 2000ms (2 seconds). Any bad usernames or passwords sent to SMB will now cause a 2-second delay by default in all editions of Windows Insiders. When first released to Windows Insiders, this protection mechanism was off by default. This behavior change was not made to Windows Server Insiders, it still defaults to 0. 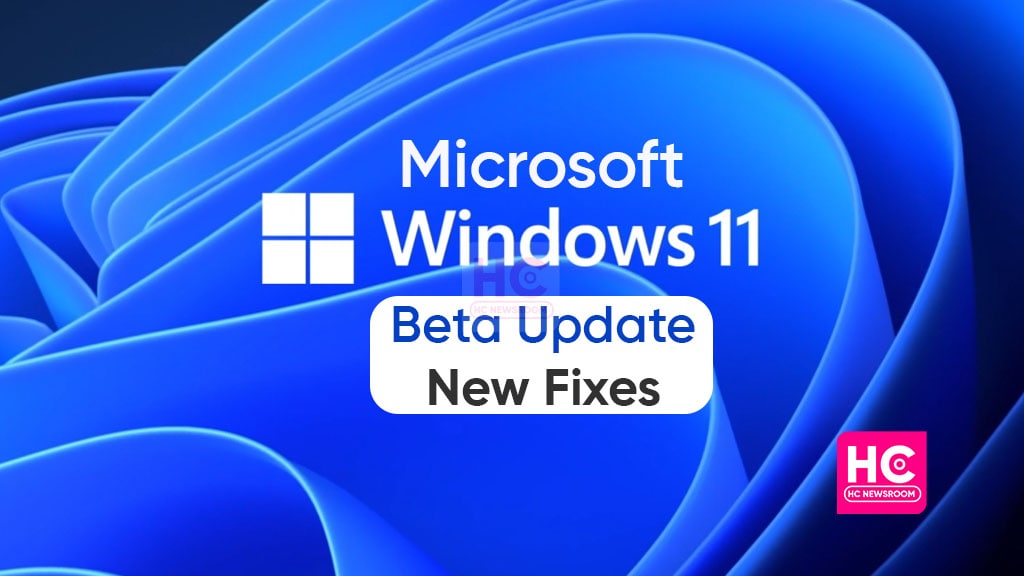 Microsoft is sending two new builds for Windows 11 Insider in the form of 22621.601 and 22622.601 to its beta update channels. Consequently, these updates carry some new fixes and improvements regarding the network and some other related fields.

Before we jump on what fixes the update keeps in our hands, let’s discuss some major parts of this update. Usually, the company kicks off its update in one single package. But, at this moment, there are two builds – 22621.601 and 22622.601.

It might seem interesting, but there is a twist that hides in this concept. While the second build holds the fixes and improvements in real-time, the first one remains inactive in terms of the changelog.

As mentioned, the company is pushing off the Windows 11 Insider 22621.601 update and the other build to its beta segment. Thus it will only avail to a limited number of users for testing and reviewing the firmware. After suitable results, the company releases a stable update to its general consumers.

Yes, there is an issue that the company is working on. Let’s see what the next build brings in its pockets for the Windows 11 Insiders.