Voice messages are important, as messengers are evolving, users also demanding the developers to integrate new voice-related features in their messaging applications. Related to this, WhatsApp has its own set of voice chat-related features embedded in the chatroom and allows users to conduct voice messaging.

Through its beta channel, WhatsApp keeps testing the latest features before they arrive for the general users. As recently, WABetaInfo discloses that WhatsApp is now developing a new feature for voice messages that provides the opportunity to users to review voice messages before sending them in order to avoid any error.

Currently, this feature is under development, it will add a new Review button that you can tap to hear the voice message. For a more clear view of how the system designed by the WhatsApp team should look, check the linked video below.

To be mentioned, the last WhatsApp beta version brings the possibility for users to set the playback speed for limited beta testers, which has received good reception among the testers and been waited for a long time.

This feature is surely very useful for WhatsApp users, with this they will be able to re-listen to voice messages before sending them and can decide whether to discard and record a new one to send it.

At the moment, there is no confirmation on when this feature rolls out to users but it should be available for both the Android and iOS WhatsApp apps. 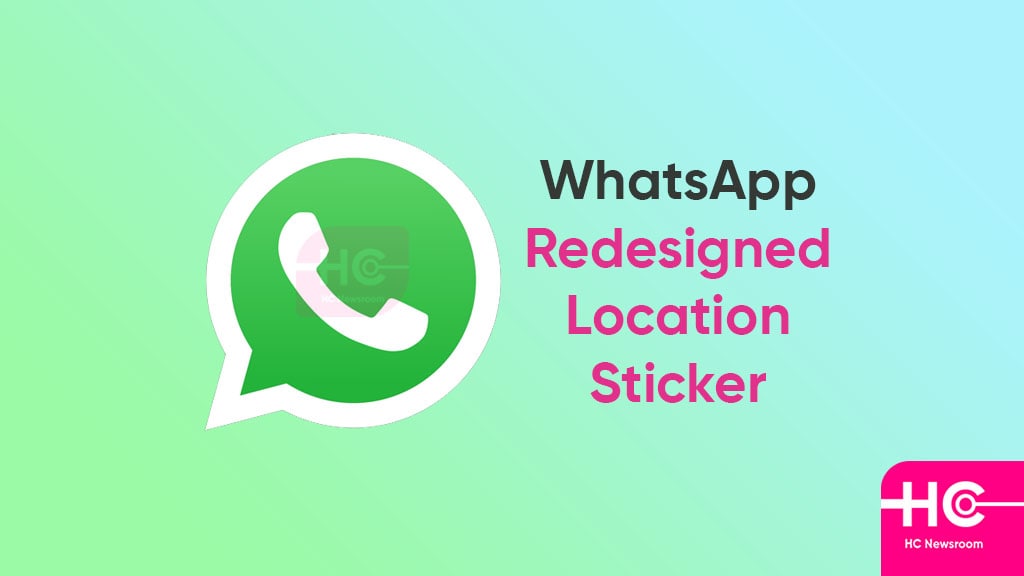 WhatsApp is sending a new beta update for some of its Android beta testers that features a redesigned location sticker. The update is appearing through the Google Play Beta Program, and users can identify it with version 2.22.13.16.

Compatibility of the feature

The app-oriented firm is mainly developing the feature as a drawing editor tool. At present, 2.22.13.16 is the compatible version that is rolling out the respective function. However, users may also find the same feature in the 2.22.13.14 beta version as well.

As the name reflects, the location sticker gets redesigned with the new update. Further, it adds a light green variant to the varieties of stickers. Thus, users will find a transparent as well as a white layout, with a green location symbol. Users can variate the alternatives by tapping on the sticker. 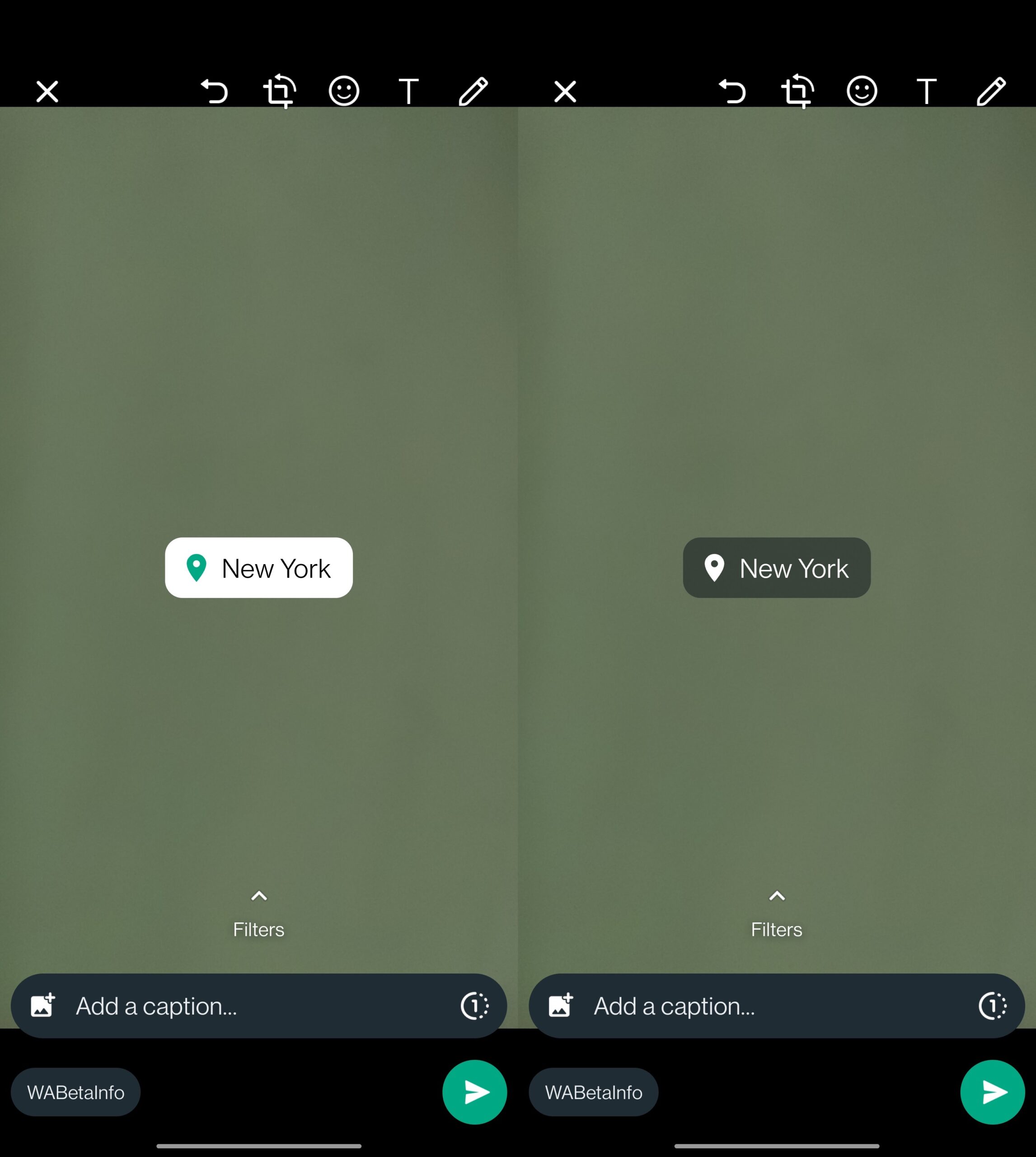 Further, to rectify, whether the new feature is available to your application or not, follow the steps given below:

In some scenarios, it may happen that the user does not find the new tool. Don’t panic, it only hints that the application needs some more updates to showcase the feature.

Alongside, since the feature is rolling out in a beta update, it is in the hands of a small number of Android users. Although, the company will release the feature as well as some more new implements in the time ahead. 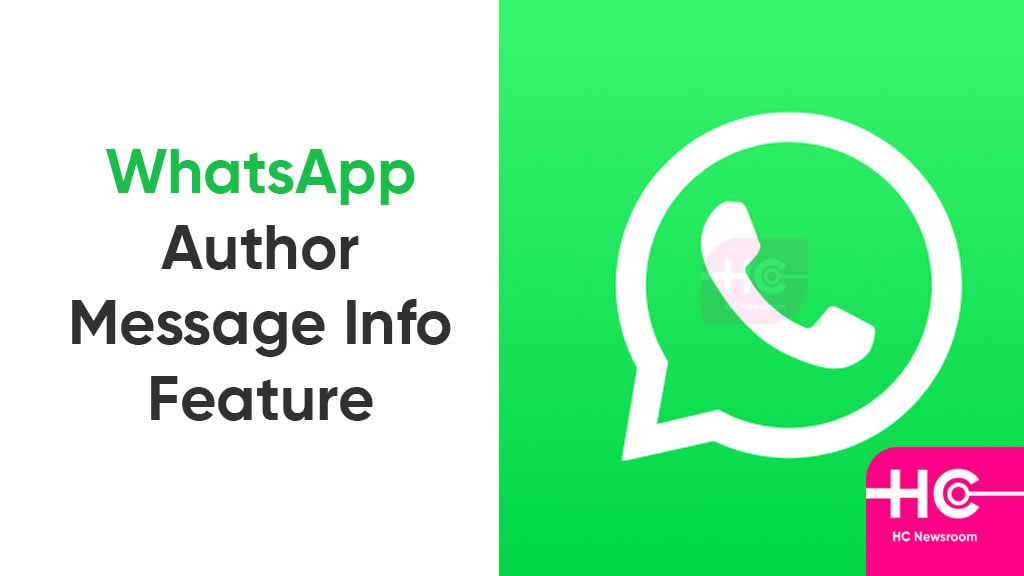 WhatsApp is all set to sail out a new business tool – the author message info feature. Currently, the feature is running in the initial stage, and the company is rolling out the feature for Android, iOS, and Desktop consumers through beta updates.

Since the feature is a business-oriented tool, users with a usual account will not be able to access it. However, the feature might appear for all the individuals in the coming updates. But presently, business account holders are free to explore the new trait.

The exclusive feature is rolling out with a specified build version for the respective Android and iOS users. WhatsApp Business beta update for Android is visible as 2.22.13.10. Meanwhile, the iOS consumers would be able to obtain the update as 22.12.0.73.

WhatsApp is a large communication platform that comprises multiple features and capabilities. To maintain the performance efficiency of the application, the company is working hard and implementing thoughtful features. And one such feature is the author’s message info.

The mentioned feature offers the users to read information about an author in their outgoing texts. Further, the function works more effectively, when some devices are linked to the same account. Every time users will send a text from their WhatsApp business account, they will be able to read the device as well as the author’s name in the message info.

Moreover, to conserve privacy, the details of the author will only appear to the users that are in the connection of your WhatsApp account. To mug-up, we can say that the feature is quite reliant and will prove helpful for the users. 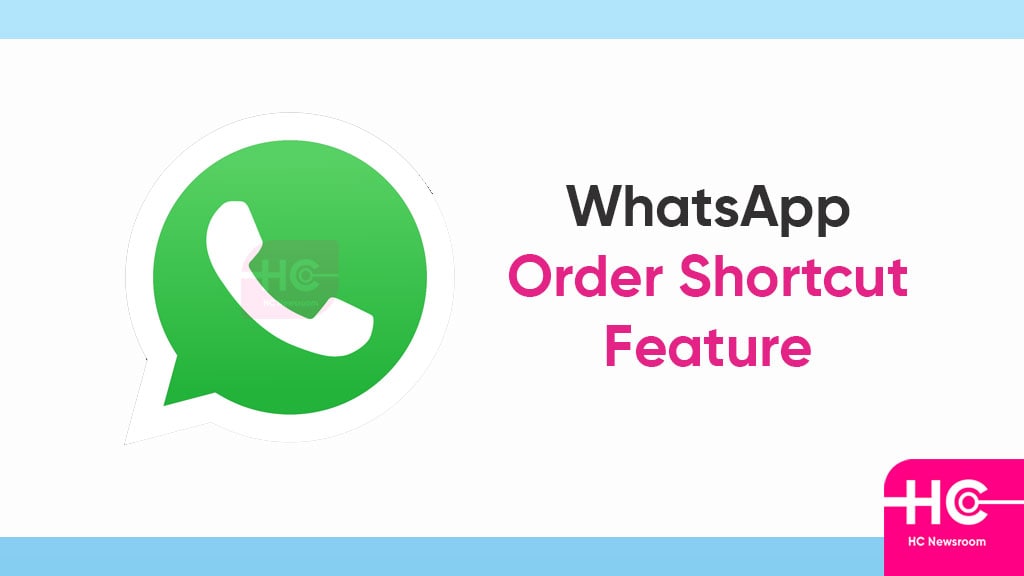 WhatsApp is brushing up on a new order shortcut feature for future updates. Recently, the application-based company declared the successful rollout of the ‘setup cover photo feature’ for the business profiles. Adding more enhancements to the business section, the company has started working on a new function.

As per the reports, the exclusive order shortcut feature for the WhatsApp business is a thoughtful execution. It is a new chat shortcut that will alternatively help in creating orders. Consequently, it will help the business consumers to generate the orders in no time.

Earlier, the company mentioned to introduce a unique way that will aid the creation of orders in the application. Fortunately, the reports confirmed that the company has jumped on the feature development, and the spots are visible in the WhatsApp Desktop beta bundle.

The addition of this feature will enable the users to create order inside the conversations. Furthermore, the users can also select the products as well as other info such as quantity, price, and more, that they want to embrace within the order. Thereafter, the individual can distribute the order to other consumers.

However, a notable fact is that since it is a business-oriented feature, it will only be intended for the business category. At the moment, the feature is in the development phase. Therefore, there are no tugs on the release of the feature. Yet we expect to have this function in the hands by the new update.