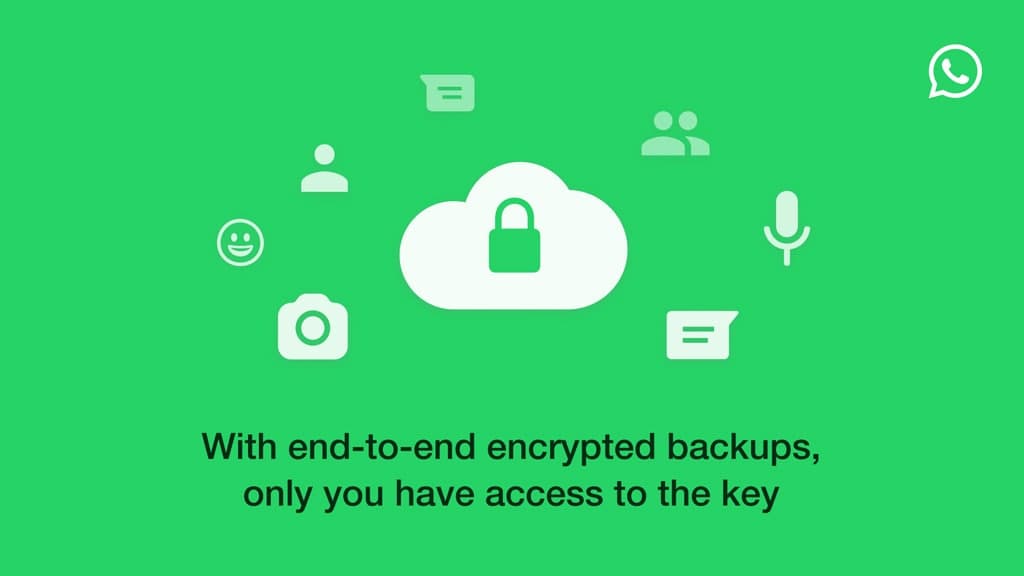 On September 10, 2021, WhatsApp end-to-end encrypted backups is officially announced for Android and iOS devices. This feature allows you to further strengthen and safeguard privacy for message backups.

Adding to the existing online backup options, the new end-to-end encrypted (E2EE) disables both WhatsApp or the backup service to read your backup content or your backup encryption key.

So how does WhatsApp end to end encryption works?

The new WhatsApp end-to-end encrypted backups work is based on WhatsApp E2EE and WhatsApp explains that to make this feature work, the chat app maker has developed a new system for encryption key storage that works with both iOS and Android. The backup then be encrypted with a unique random encryption key. You will also have an option to generate this key randomly or via a user password.

When someone opts for a password, the key is stored in a Backup Key Vault that is built based on a component called a hardware security module (HSM) — specialized, secure hardware that can be used to securely store encryption keys.

The HSM-based Backup Key Vault will be responsible for enforcing password verification attempts and rendering the key permanently inaccessible after a minimal number of unsuccessful attempts to access it.

These security measures provide protection against brute-force attempts to retrieve the key. WhatsApp will know only that a key exists in the HSM. It will not know the key itself. 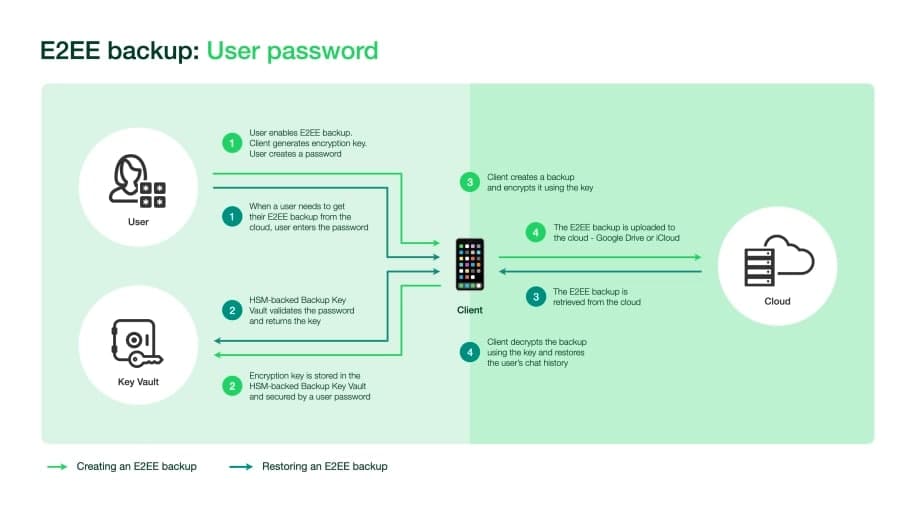 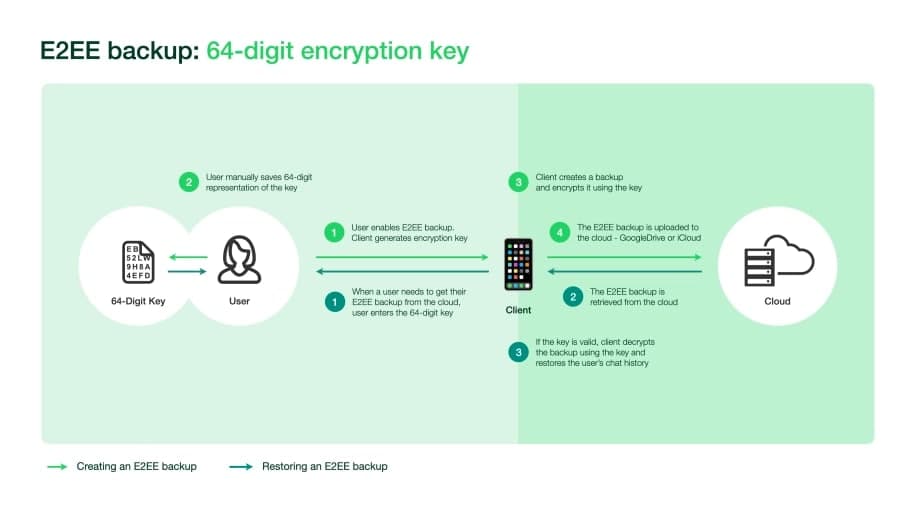 When you use a personal password to protect your WhatsApp end-to-end encrypted backups, the HSM based backup key vault will store the key and secure it by registering it with the backup key vault.

According to WhatsApp, this feature will be available on Android and iOS in the coming weeks.