ARM may have chosen to go separate way from Huawei but a long term partner of the company has said that its shipments to Huawei will remain normal and not affected by the US.

According to Reuters, Elizabeth Sun spokeswoman at the TSMC 2019 Technology Symposium in Taiwan told TSMC’s shipments to Huawei are not affects by the US restriction.

TSMC (Taiwan Semiconductor Manufacturing Co.), said previously it would maintain supplies to Huawei for the time being, and that it was inspecting the US restrictions impact to limit access for a product the includes US tech.

Last week, the US Commerce Department added Huawei into the trade blacklist and imposed restrictions that’ll make it very difficult for the company to do business with American firms.

Following the US Commerce Department, Google along with other tech firms including Intel, Qualcomm, Broadcom and Xilinx also suspended its business with Huawei and canceled sharing hardware, software, and its services.

In response to this action, Huawei said it’s being bullied by the US government, which is responsible for prohibiting the company’s business with other firms and the restrictions on the company are politically motivated. 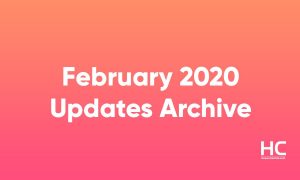