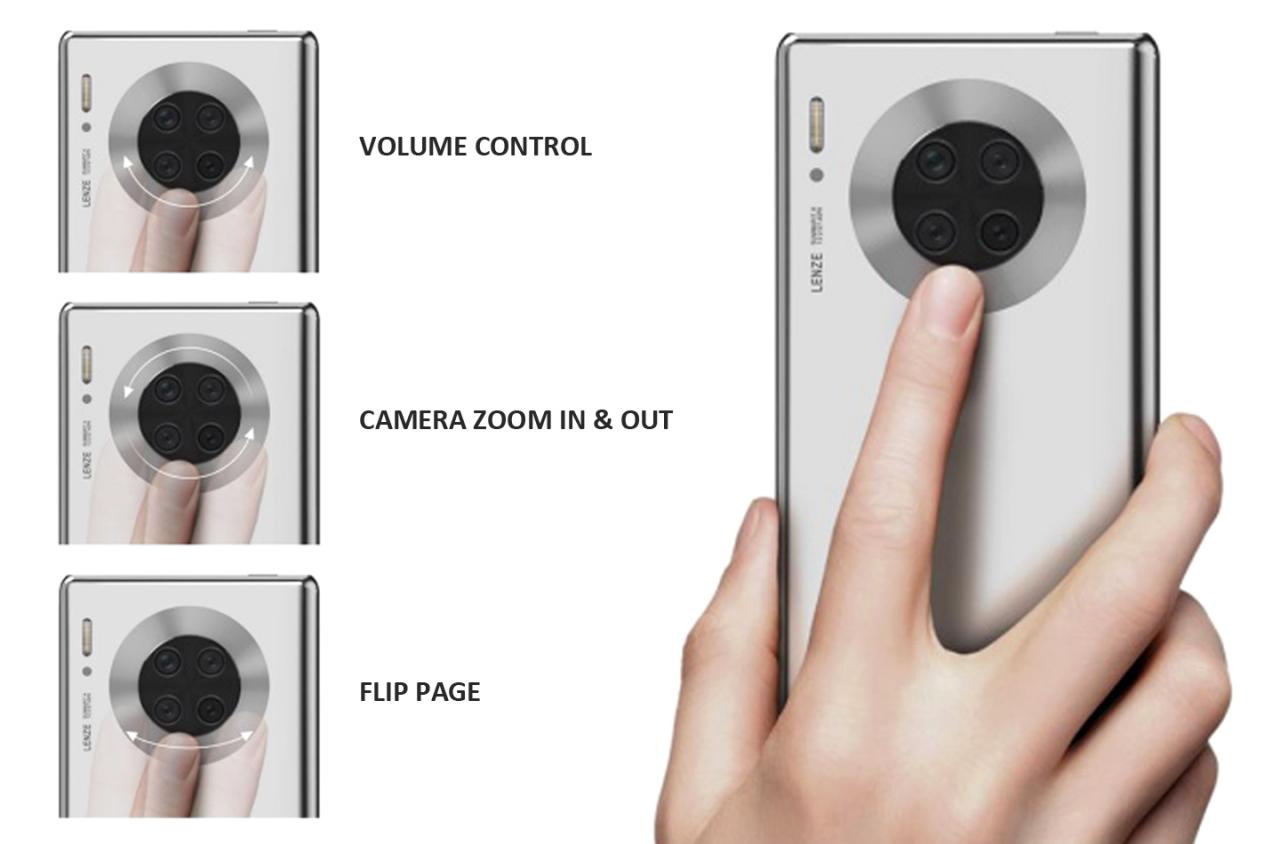 The halo ring is a simple design aesthetic that outlines the camera setup on the rear side of the device but it seems like Huawei has planned to make it functional.

According to LetsGoDigital, Huawei has filed a design patent application at WIPO (World Intellectual Property Office) in mid-2019. The patent shows a smartphone with quad camera design surrounded by a halo ring and support for touchscreen actions.

The design patent has a total of 15 drawings including a color image revealing 5 different features, which looks absolutely amazing. 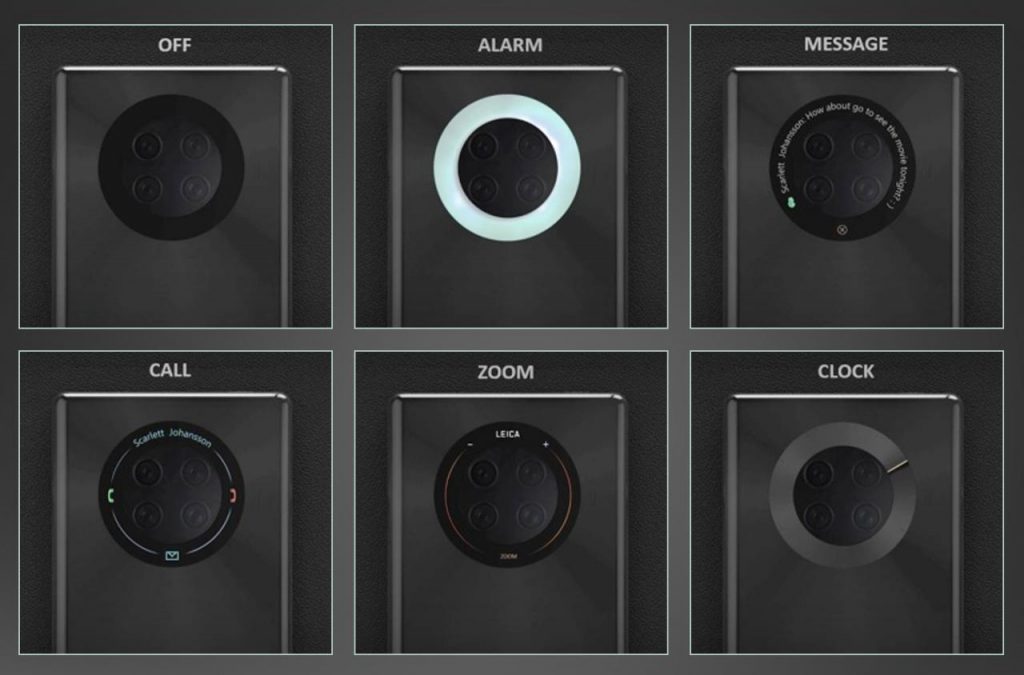 The halo ring around the camera can be used as a touch screen interface with Tap and Rotate gestures.

For example, if you receive a call, you will see the caller information on the ring as well as options to receive or stop the call and also for checking an unread SMS.

For instance, the ring design of the Mate 30 device is not too wide but sufficient to perform such tasks.

The design shown in the image is very interesting and adds an extra layer of innovation to the phone that we truly want to go into a live device.

Taking a fact that the rear design is very similar to the Huawei Mate 30 series, Huawei could use it in the Huawei Mate 40 series that will launch in the second half of 2020. However, there’s no official confirmation available about the production of this design patent. 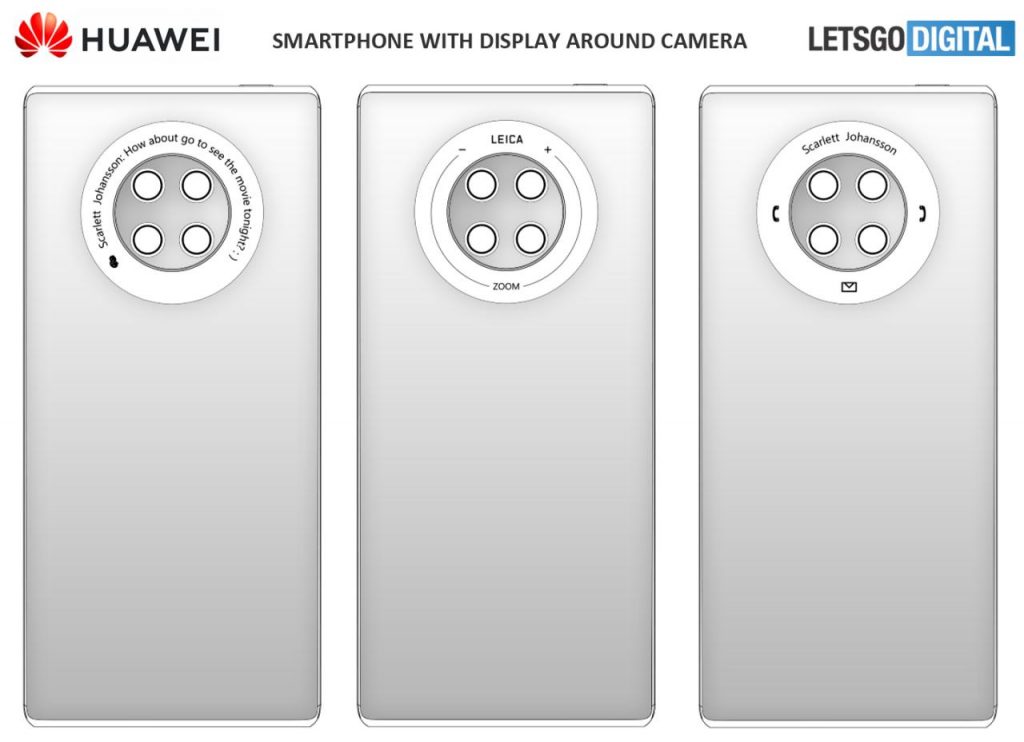 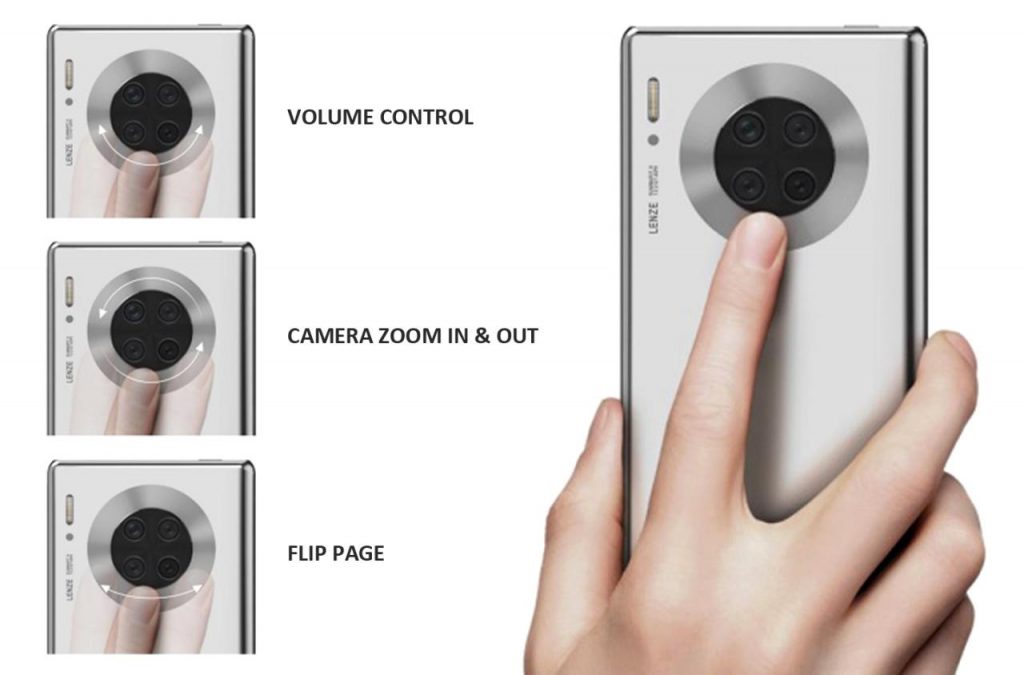