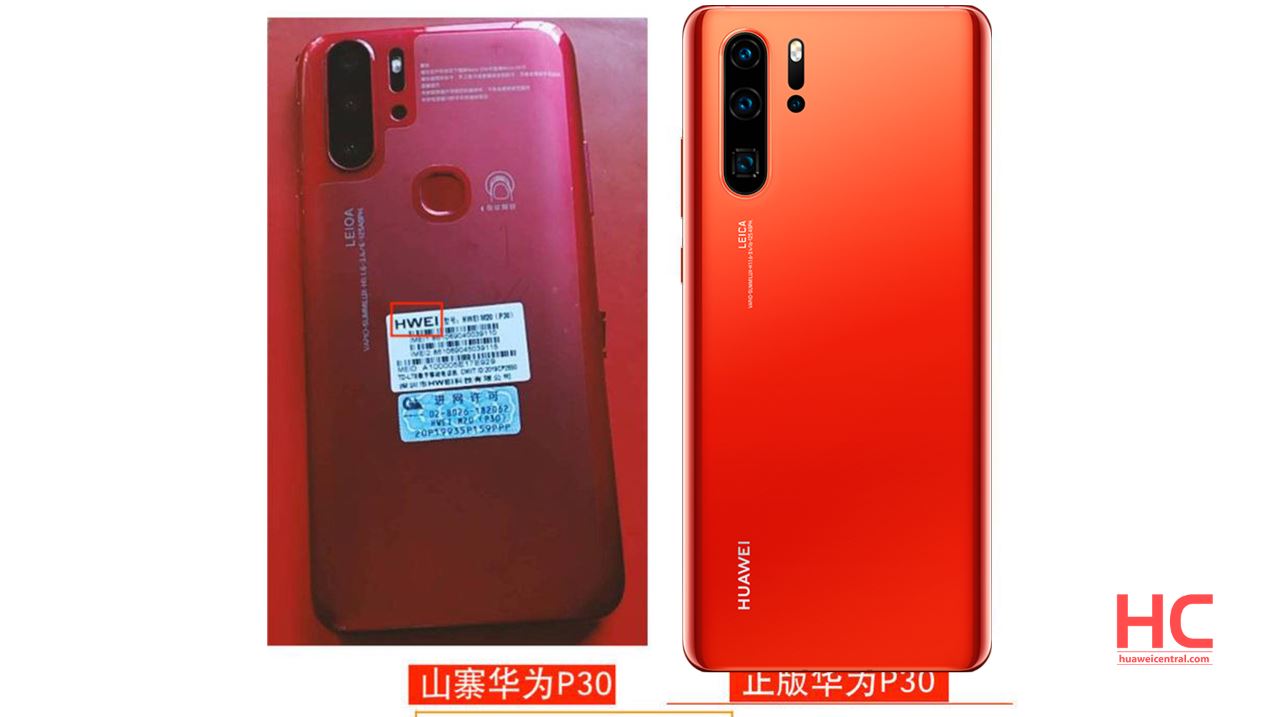 
Huawei is the single largest dominator in the Chinese market and combined with the sales of Honor, Huawei smartphone subsidiary, the company shipments growth is above its competitors but the company has another challenge in the name of “Fake” devices that replicates its flagship phones.

Recently a fake Huawei P30 Pro has appeared among Chinese smartphone consumers, that is trying its best to copy the actual P30 Pro with the branding of “LEICA” is changed to “LEIOA” and “HUAWEI” to HWEI, which looks absolutely rubbish.

This kind of copied phones can also be found outside of China. So, whenever you buy a smartphone be sure to reach an authorized seller or take a closer look at the phone’s aspects. 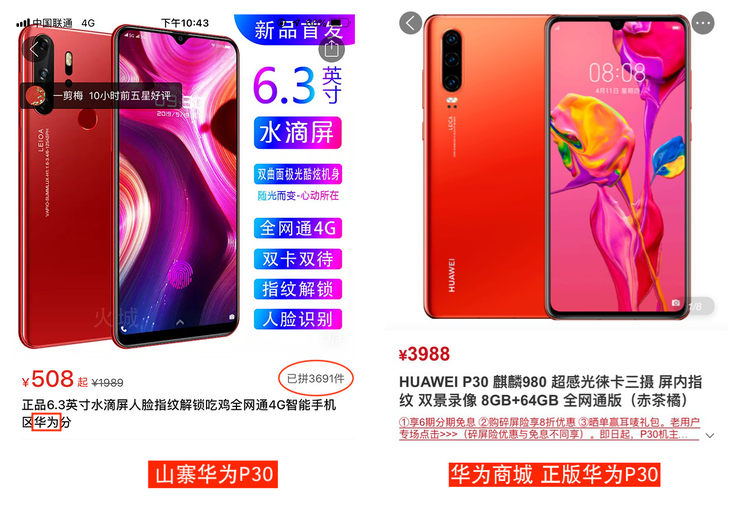 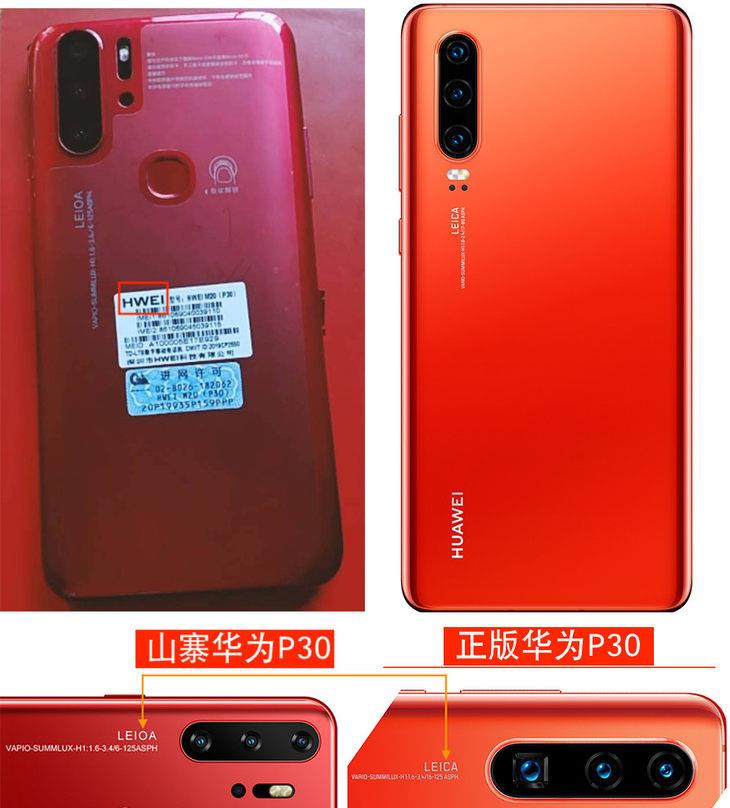