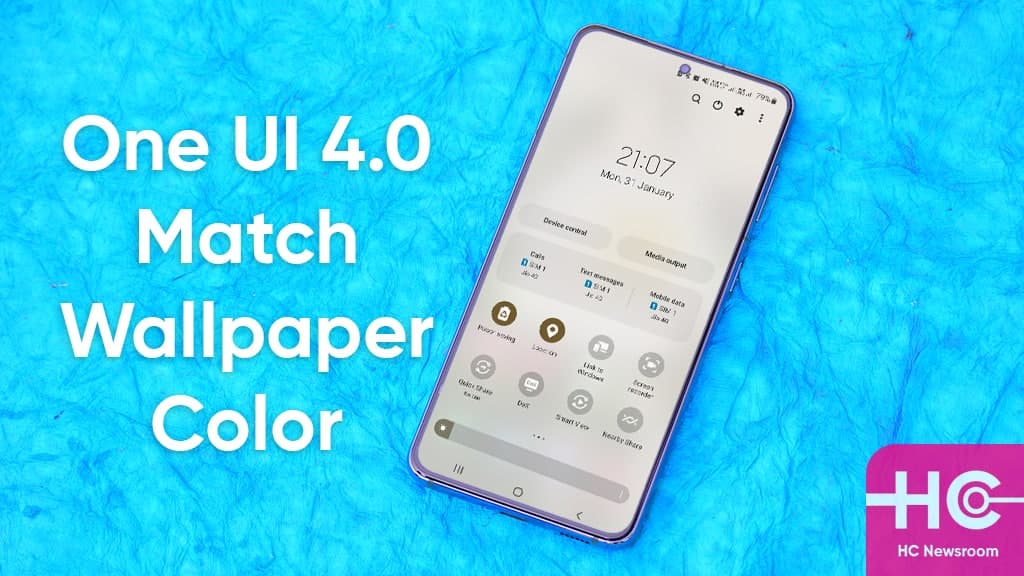 One UI 4.0 is tailored for Samsung devices and the latest Android 12 version provides some extra features. Therefore, a One UI 4.0/Android 12 feature called the Colour palette will help you to match your phone’s display with your wallpaper.

The combination wallpaper and UI customization come under the latest features delivered by One UI 4.0 (Android 12) that applies over the main UI consisting of background shape as well as foreground text of different elements.

The overall features and customization delivered by this feature are pretty interesting and there’s more to explore. So, how it really works? You just need to apply a new wallpaper on your phone.

Once done, the next step will automatically pop up a color palette menu on your phone’s screen that lets you choose from the automatically generate colors in a palette system.

If you choose, you will get these applied on different parts of the main user interface including: 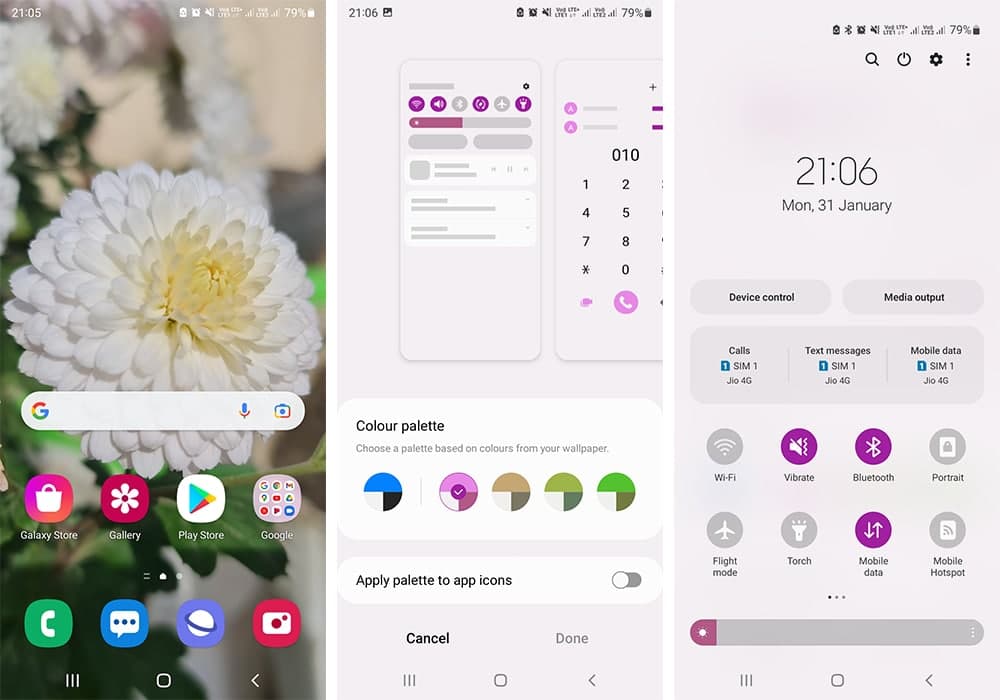 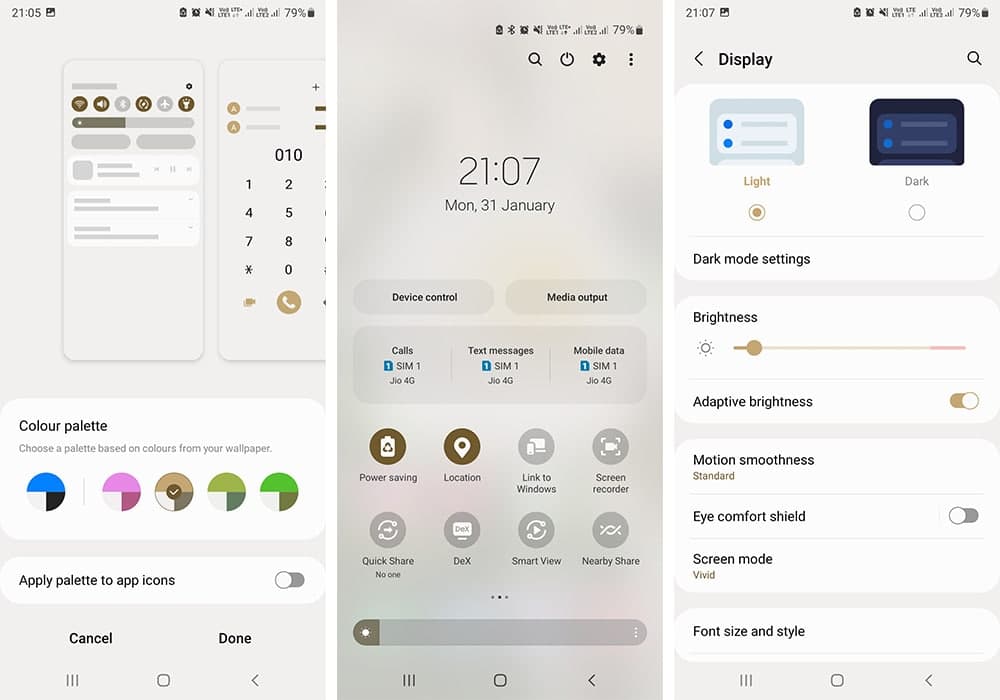 You can also set the same color adaptations for app icons, these will provide you a new kind of user experience by applying a solid in the background layer of the corresponding icons.

One UI 4.0 comes has many things to offers for the Samsung consumers but there’s always something that we need to search for and we’ll come back with another One UI 4.0 feature soon. Until then, we recommend you check the Android 12 vs One UI 4.0 comparison below. 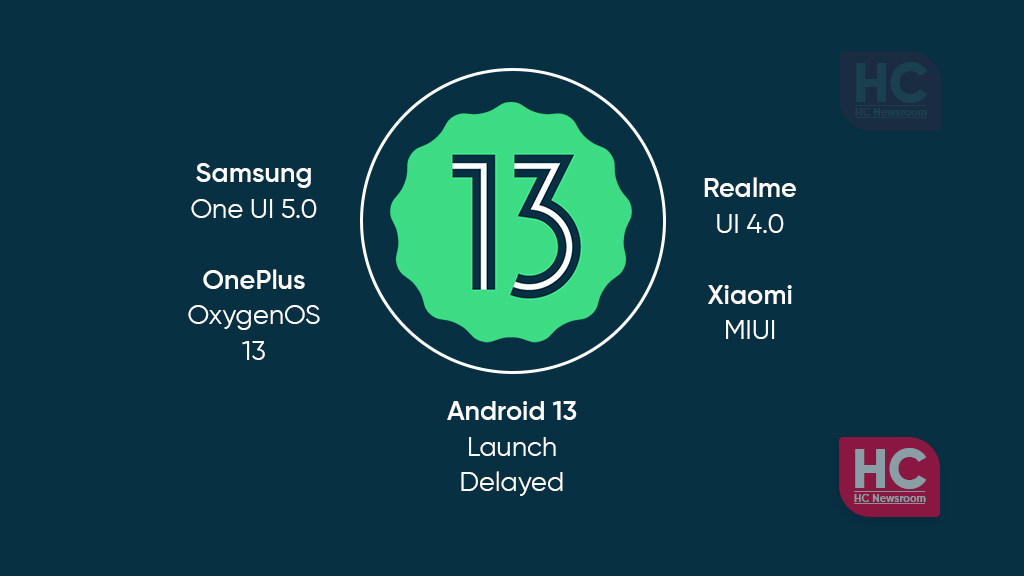 Earlier this year, Google began testing Android 13 on Pixel devices and the Android maker has now reached stability mode and taken as the final version of Android 13. However, the official launch of Android 13 has been delayed.

Later in July, Google officially confirmed that the Android 13 launch is around the corner but the launch is indefinitely delayed. In the meantime, Google didn’t make any further remarks or statements on this matter.

Even after reaching the stability mode, why Google has delayed Android 13? Will it affect the release of Samsung, Xiaomi, OnePlus, and other Android smartphone makers? Let’s find out. We’re keeping Huawei out of this since the phone maker is not an official partner of Android mobile services.

Last week, Samsung opened One UI 5.0 beta testing in different markets. According to Sammyfans, the South Korean phone maker has based this custom mobile software skin on Android 13. That’s not it, the company has already started expanding the testing program in the U.S. right after the announcement, which is kind of a fast pace testing as compared to the past year. 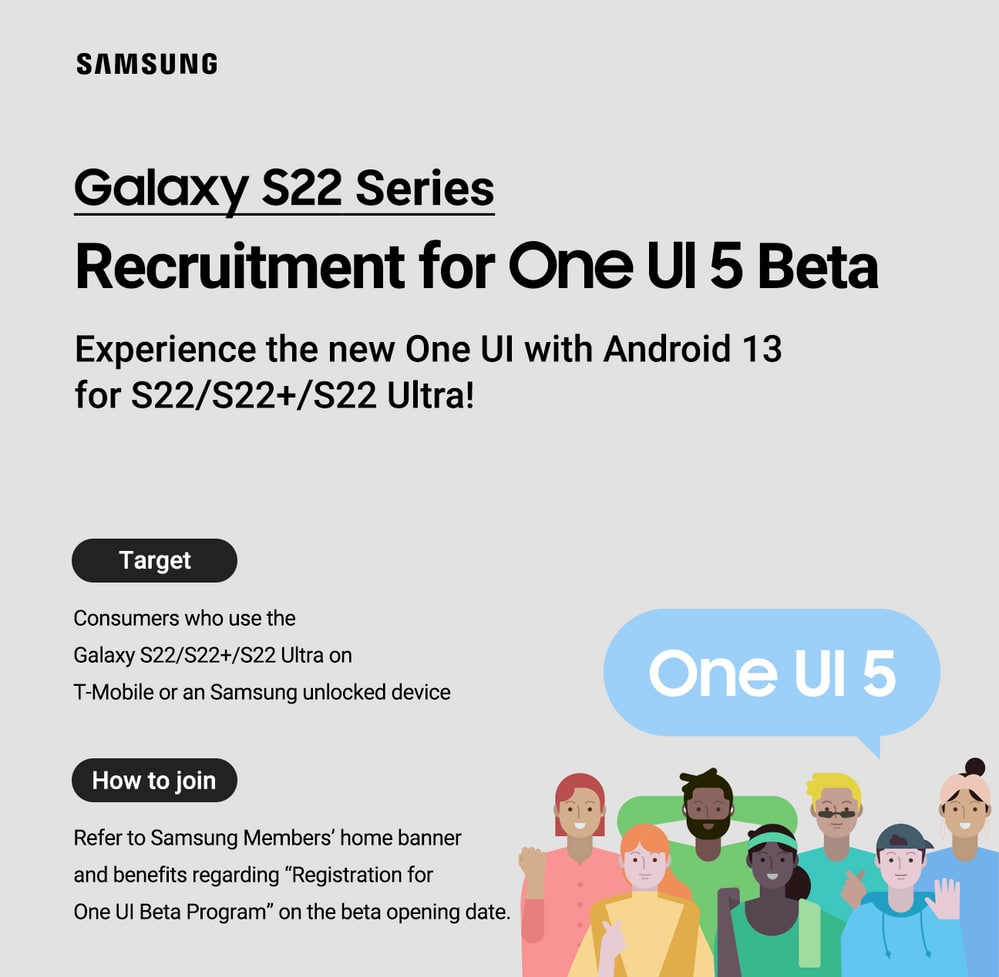 During the launch of the OnePlus 10T on August 3, OnePlus officially announced OxygenOS 13, which is based on Android 13. The company is testing this new software in beta on OnePlus 10 and 10 Pro devices, since the initial beta program.

On August 4, Realme confirmed Android 13-based One UI 4.0 beta testing for Realme GT 2 Pro smartphone. This update comes with a number of new early access features powered by the new Android version. However, it’s yet to confirm for more Realme devices. 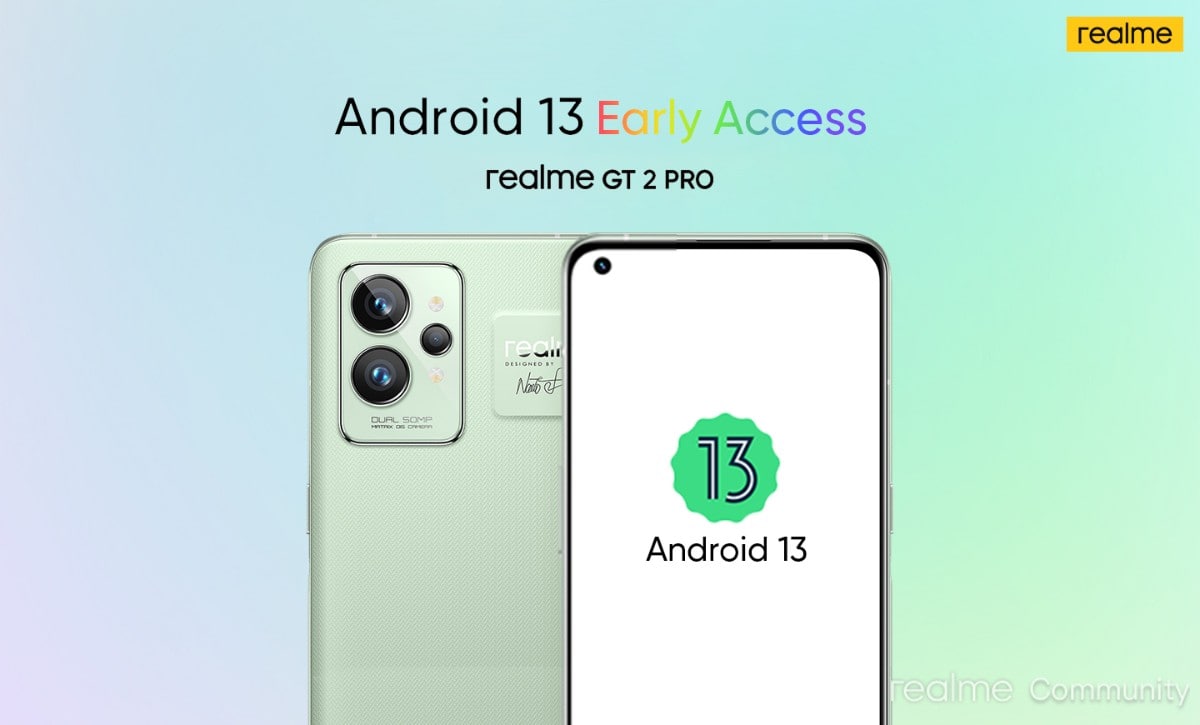 Xiaomi also has its own version of Android 13-based MIUI – MIUI 13. The company is testing this software on Xiaomi 12 series both for Chinese and global models. However, a wide testing activity is yet to open.

There is also another Android phone maker including Vivo, Oppo, Lenovo, and more that has started closed and open beta activities starting in August. It seems like, Google has given permission for all of the Android phone manufacturers to begin beta programs. So that Google could feature them during the official Android 13 launch.

Hence, the Android 13 release delay has not affected anything in the process… 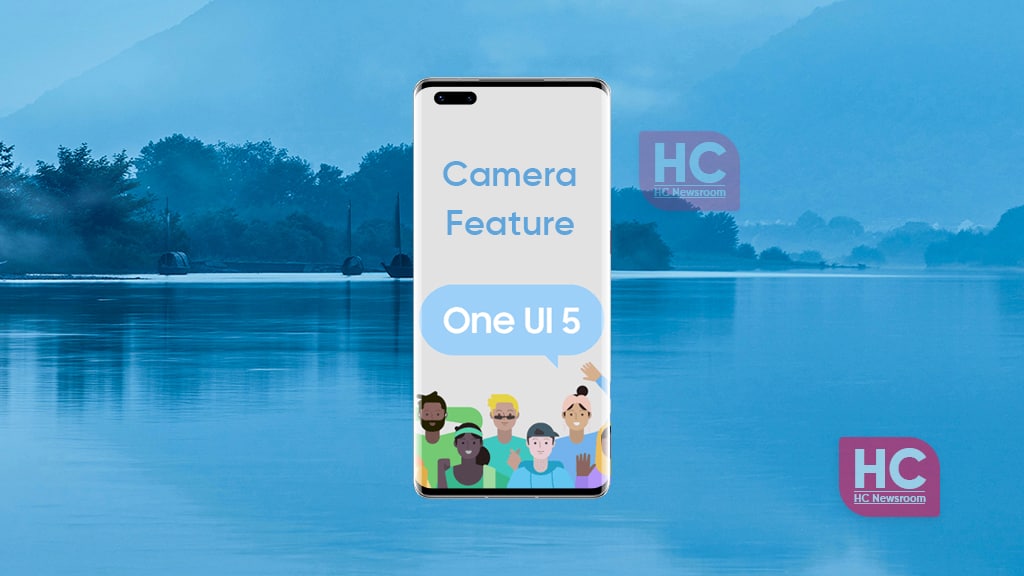 That’s not it, Huawei has not only worked on the count but also on technologies such as the Periscope camera that has first in the world produced with P30 Pro and later adopted by smartphone makers such as Xiaomi, Vivo, Oppo, and Samsung.

Especially, Samsung, which may have used the camera features from Huawei but is yet to perfect them such as the camera zoom.

In the latest edition, Samsung has launched One UI 5.0 beta testing based on the Android 13 software version. This new version of Samsung One UI 5.0 comes with a new camera feature that is derived from an old Huawei camera trend.

What feature? It’s called – the camera watermark, as found by SammyFans, Samsung has brought in a new camera watermark feature with Samsung One UI 5.0, which has been long been and first started with Huawei phones.

Yes, Android phone makers share features and adopt each other’s progress, while there’s no strange thing in it, which needs to be mentioned. However, when these things occur, we should gladly credit the originator. 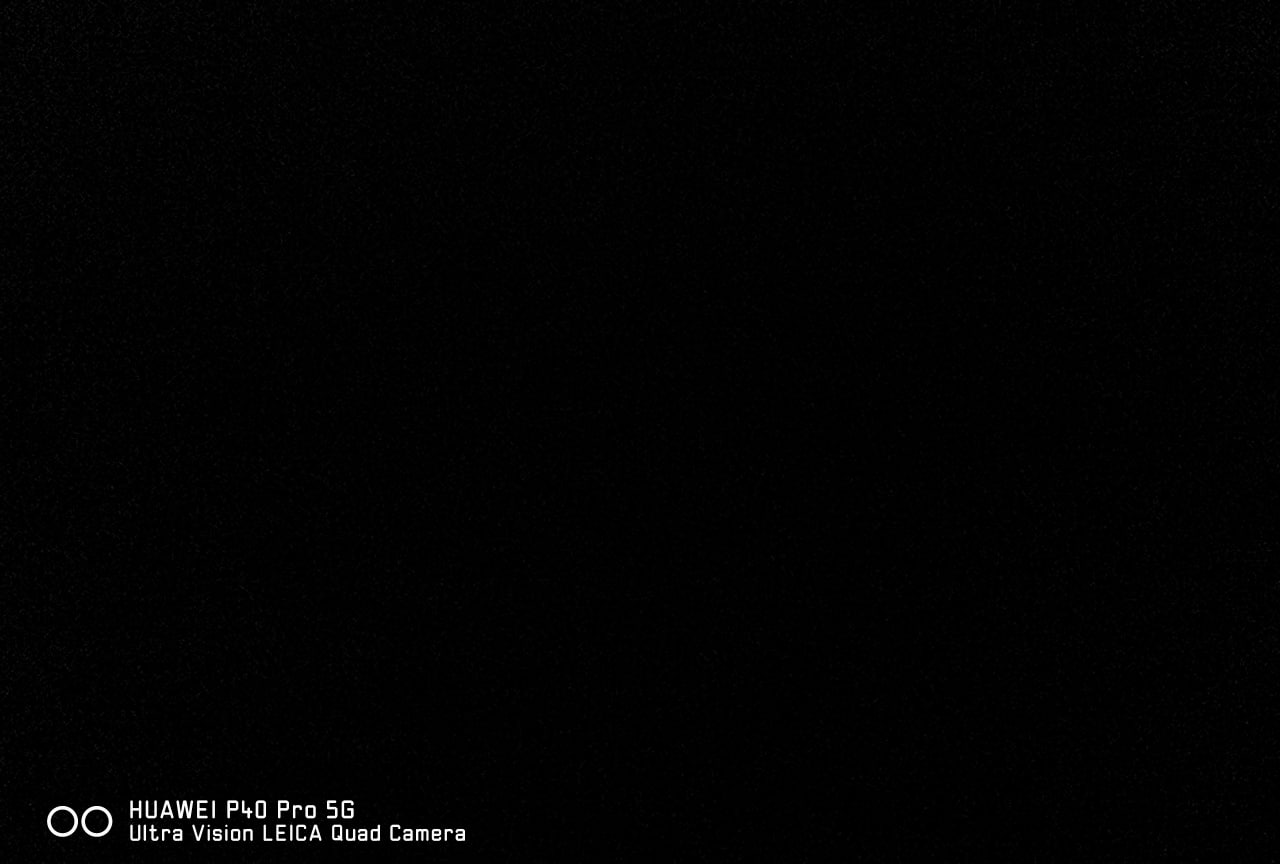 In terms of access, the One UI 5.0 users can access this feature by visiting the Camera app, and then Settings. From here, tap on the watermark and enable the slider to activate this feature.

However, One UI 5.0 has further improved the watermark feature, which is worth praising, the advancement allows consumers to enable custom or date and time watermarks. However, on Huawei phones, the camera can only print the name fo the phone along with camera technology. 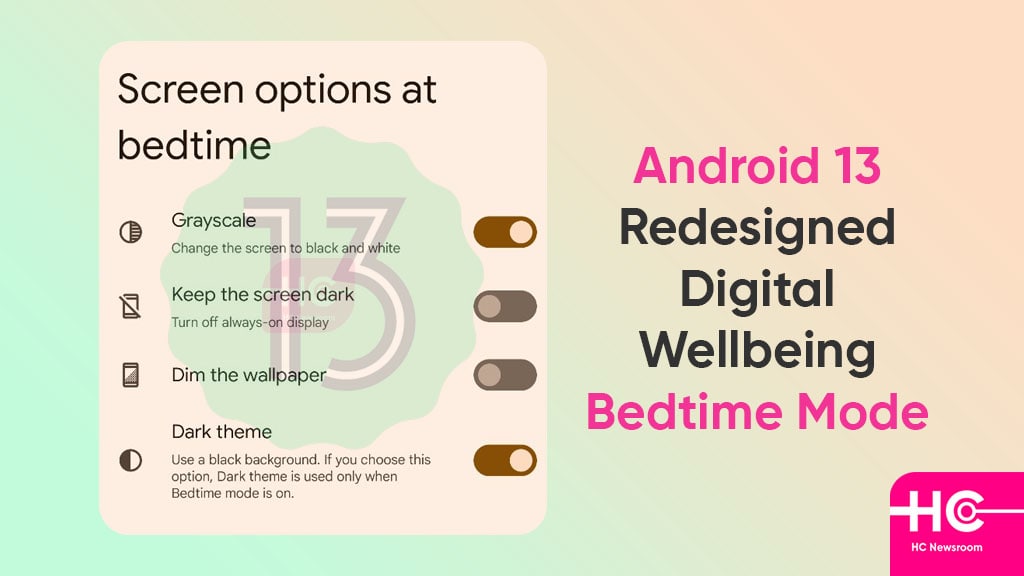 Google is quite busy with the latest development procedure for the Android 13 system. The company is trying to implement some magnificent features that could enhance the user interface and bring a new level of experience for its consumers. And one such feature is the Digital Wellbeing Bedtime mode for Android 13.

The US manufacturer has revamped the Bedtime Mode of Digital Wellbeing for Android 13 with the latest version 1.1.463639936.beta (409068). This beta rollout now adds a ‘Dim the wallpaper’ option that undoubtedly increases the visual experience on your respective device. Besides, you will catch some new changes as you will proceed to access the feature.

What are these changes? Let’s understand them one by one.

To begin with, Google has added a new Material You-themed UI on Android 13 for Bedtime mode. Consequently, this addition will make it more convenient to access and manage the feature. On the other hand, as soon as you will enter the Digital Wellbeing app, you will catch a new card-based list for the all functions.

Again, this card-view will make it more efficient to acknowledge a particular feature and its usage on the device. Alternatively, the first card describes the real-time status of the Bedtime mode with an instant ‘Turn on now’ tab.

When you’ll click this tab, it will open a sleepy animation block with further two options: Turn off for now, and Pause for 30 min. Ahead, you will find the Bedtime routine section which works as a schedule function. You can enable it while charging or can manually control the features on your smart gadget.

The last option reads as Customize. Although, this option has already included the ‘Do Not Disturb for Bedtime mode’ and ‘Turn off Bedtime mode at next alarm’ functions. Yet, a new expansion is the ‘Screen options at bedtime’.

As the term reflects, it provides you with a few options as to how you can customize your screen while bedtime. These options comprise the following:

As mentioned, Dim the wallpaper option highlights the background more effectively. Moreover, it will showcase quite an interesting combination with the Nature-inspired wallpaper collection of Pixel 6a devices.