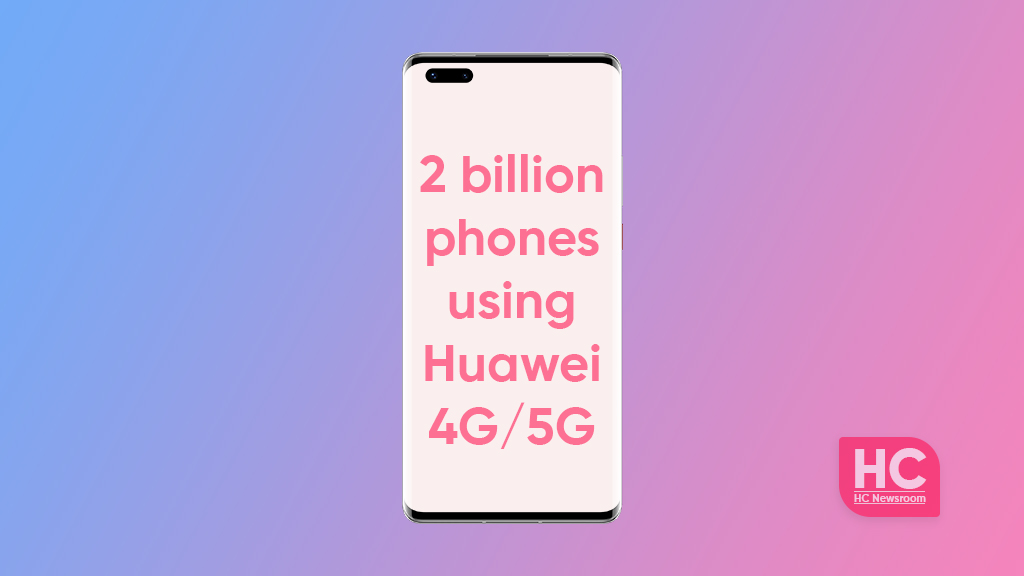 Huawei confirmed that there are over 2 billion smartphones that are using Huawei’s 4G and 5G technologies. The Chinese tech maker made these remarks at Huawei’s “Exploring Innovation Horizons 2022 Innovation and Intellectual Property Forum” in Shenzhen China and revealed some interesting figures regarding the overall IPs.

Alan Fan, head of the Intellectual property rights department at Huawei said that in the past five years, over 2 billion smartphones have been licensed with Huawei’s 4G and 5G patents. This is quite a huge achievement that Huawei has taken over in the field of such invention that no other company could attain.

That’s not it, Huawei has revealed a whole bunch of details regarding its IPs and a total count of patents.

In addition to the above-mentioned figure, Huawei has added over 8 million connected vehicles under its 4G/5G patent race each year.

According to the company, Huawei has accumulated over 200,000 applications globally consisting of over 110,000 authorized applications and over 60,000 PCT applications.

The company has also ramped up its efforts in China, meaning that the company has brought in an increased figure of 7913 in 2021 as compared to 6324 in the past year.

To further grew in licensing business, Huawei is working on a one-stop license that would allow industry customers to keep without any renewal hassle.

“Huawei provides patents and technology licenses around the world. In 2021, Huawei will be the company with the most authorized patents in China, ranking first in the number of patent applications at the European Patent Office and fifth in the number of newly granted patents in the United States. Huawei’s PCT patent applications ranked first in the world for five consecutive years.” added Fan.

The dedication of Huawei is to move forward, despite facing issues from the global market, the Chinese tech maker has spent a big chunk of money on the investment to innovate new technologies.

Putting some more light on this matter, Huawei has granted over 142 billion RMB investment into research and development in 2021, which accounts for around 22.4% of its annual revenue. This shows how the company is working to get ahead in the field of technology by getting advanced day by day.

Advertisement
Related Topics:4G5GHuaweismartphones
Up Next