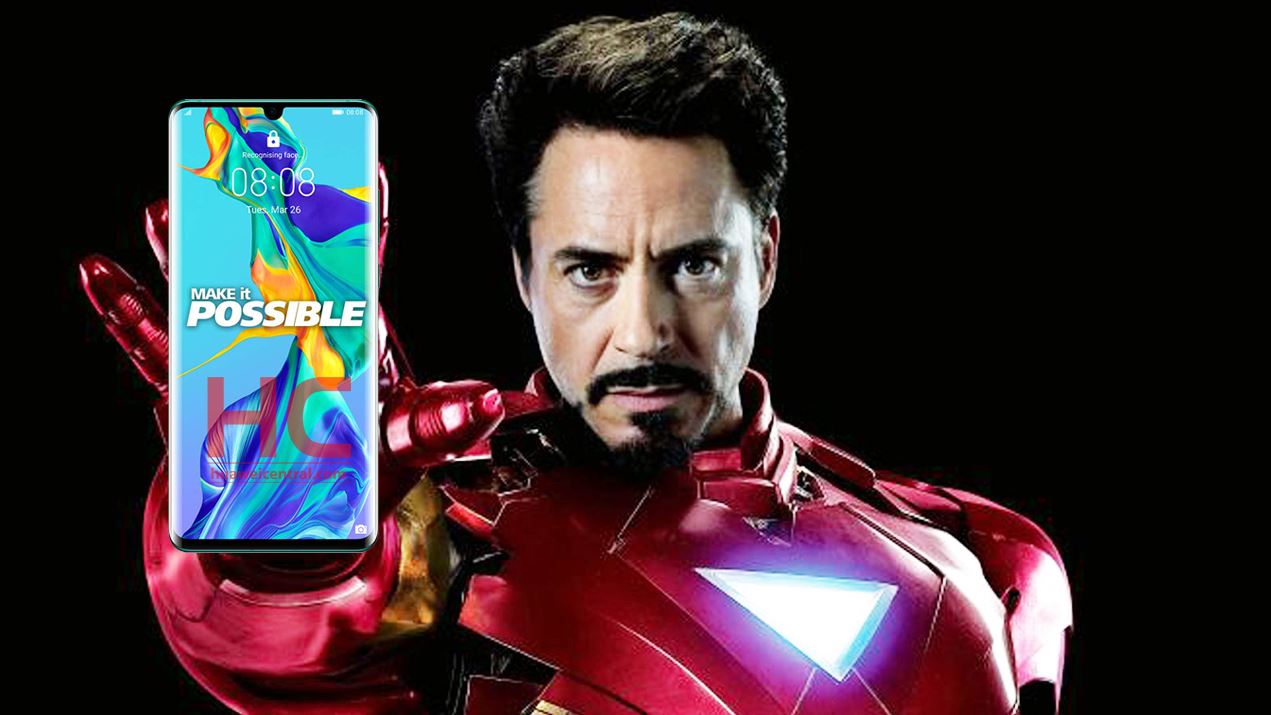 
Huawei P30 Pro is undoubtedly one of the best flagship smartphones you can buy in the market at the moment and recently we found that there’s a big movie star as well as the current ambassador of smartphone company OnePlus, is also cannot resist using the P30 Pro.

On July 30, Robert Downey Jr. famous Hollywood actor forwarded a Weibo using Huawei P30 Pro rather than his endorsed brand smartphone OnePlus 7. Although, the post was later disappeared from his Weibo profile, the eagle eyes of users captured the evidence in the screenshot before it gets erased.

Moreover, this whole scenario is presented as a mistake or ‘error’ but you know the facts. Let us know what you think about this news. 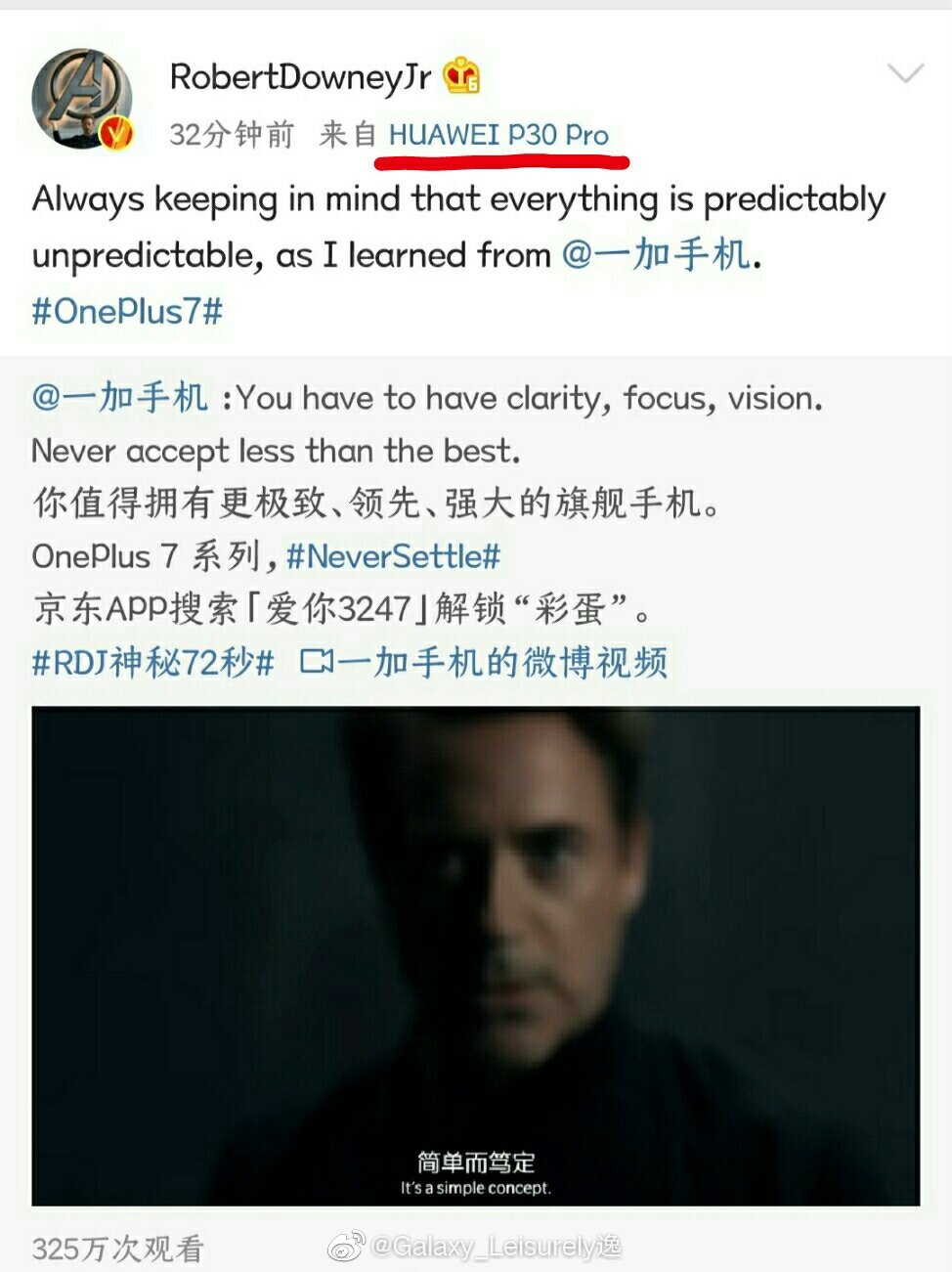 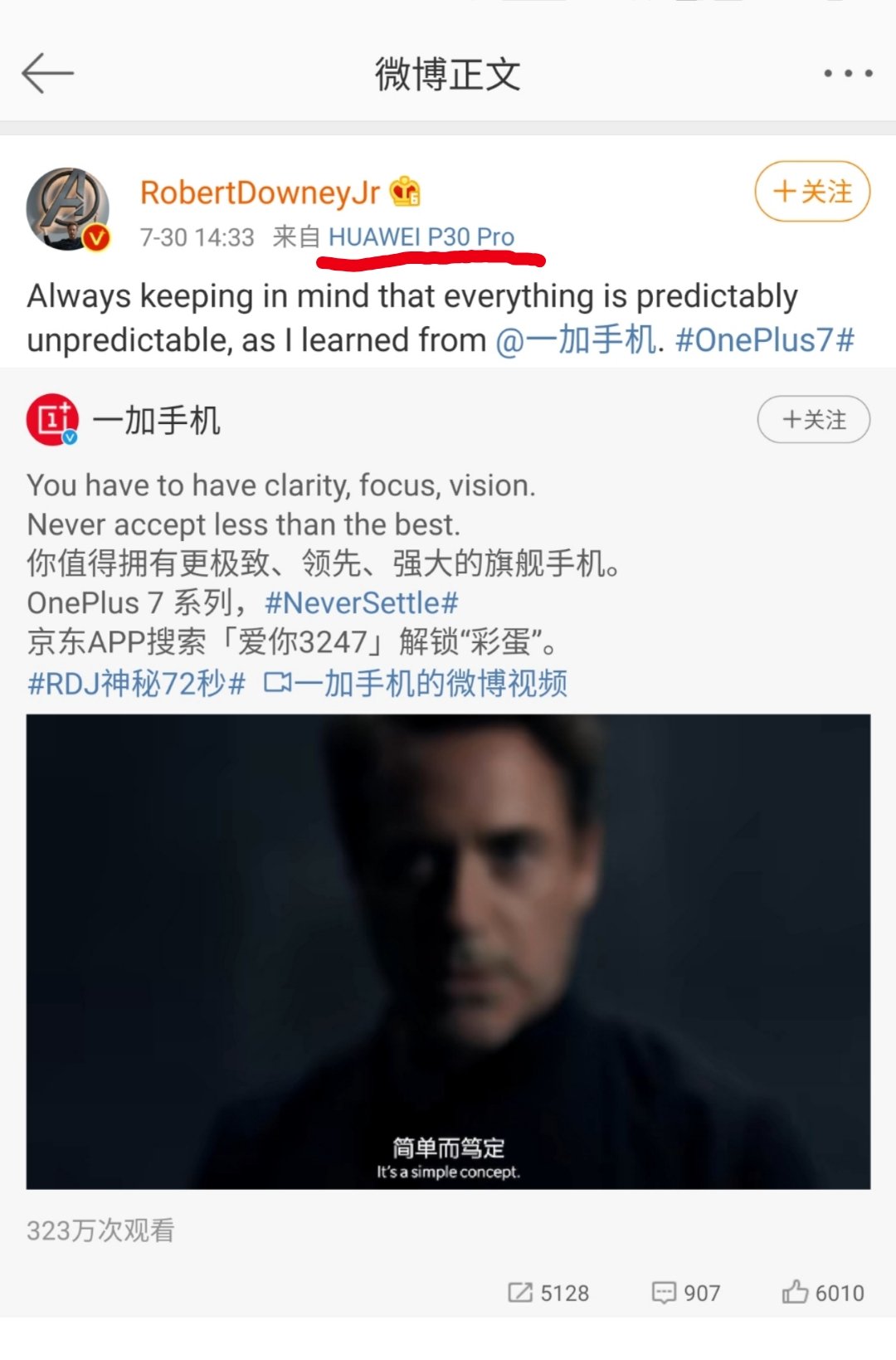 Note: We don’t verify above screenshots as the original post is deleted by the Actor. The above report is based on the Weibo post.