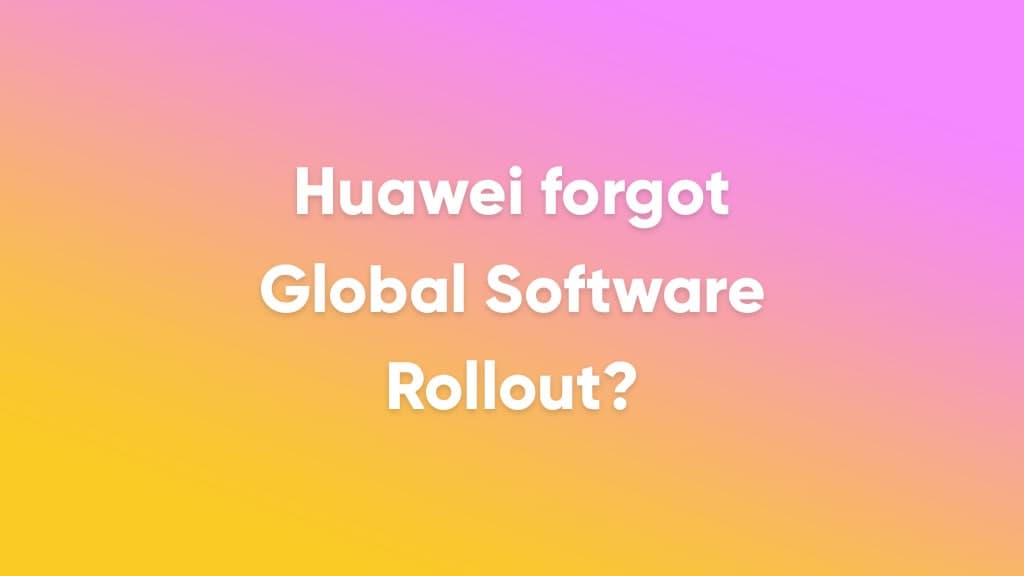 On October 22, 2021, Huawei has announced a number of new technologies at the Huawei Developer Conference (HDC 2021). However, we’ve received a number of new questions that were expected before and after the event, “There’s no Global software rollout plan for Huawei devices in 2021?” Let’s find out more information regarding this question.

Let’s take a look at Huawei’s announcement during HDC 2021. These include the latest development that has been made by HarmonyOS and what efforts that the Chinese tech maker is making to expand the reach of this operating system.

What for Global users?

Before HDC 2021, Huawei has made various announcements regarding EMUI but this time, there was no insights even after EMUI 12 has already been listed on the global Huawei website.

To be mentioned, Huawei Nova 8 and the recently released Nova 9 on the global scale come with a pre-installed EMUI 12 operating system. Even after a big hype, the Chinese phone maker has not launched HarmonyOS for global consumers.

For the first time since 2019, Huawei hasn’t mentioned EMUI even for a second during the Huawei developer conference. That’s not it, fans are waiting for any confirmation or sign of hope from the company.

So yeah, it’s confirmed that Huawei hasn’t showcased any new information for the global consumers in terms of software rollout but there’s more that could come in the following weeks.

Usually, Huawei tests new software for global models by the end of the year. This doesn’t seem to change at the moment and we could expect the start of the EMUI 12 beta software around November or by the beginning of December. Meanwhile, there’s no confirmation regarding the expansion of HarmonyOS for the global Huawei smartphones.

If anyone has insights on this matter or an official reply contact us at – email@huaweicentral.com