Huawei Mate 40 series will be packed with Huawei’s latest Kirin 9000 processor, made with a 5nm technology node. As we’re reaching toward its launch date on October 22, Huawei has begun to put Kirin 9000 on benchmark testing platforms.

Now, the Huawei Mate 40 Pro equipped with Kirin 9000 has visited Geekbench and AnTuTu and told us about its processing power. Read more information below.

The phone equips with an octa-core processor based at 2.04Ghz. The phone was tested multiple times on Geekbench and obtained a maximum score of 1021 in single-core and 3689 in the multi-core test. 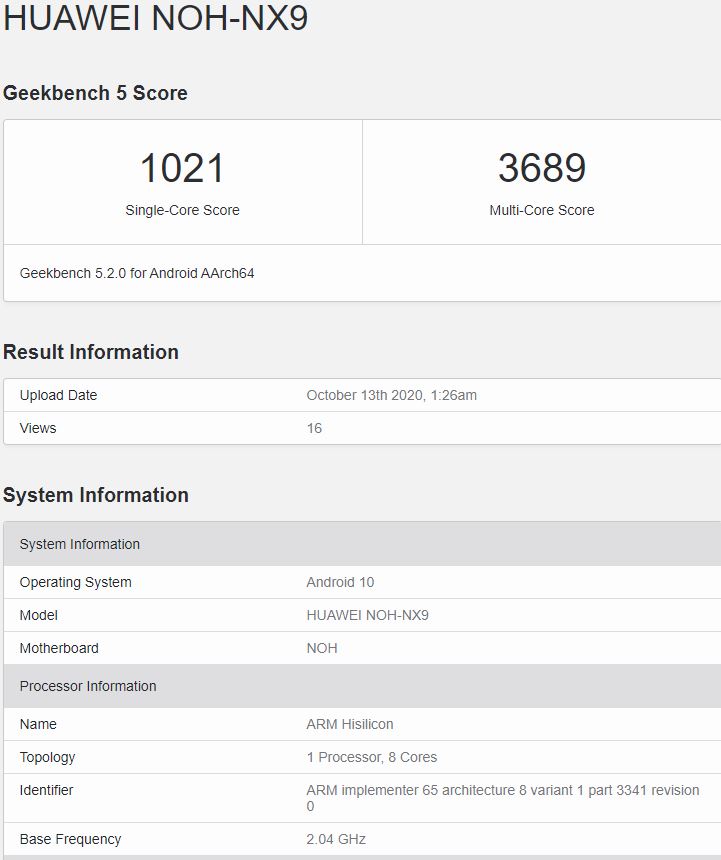 Huawei phone with model number NOH-NX9 tested on AnTuTu and it’s equipped with Kirin 9000 processor. It’s packed with 8GB of RAM and 256 GB of internal storage, also it comes with pre-installed Android 10 based EMUI 11. 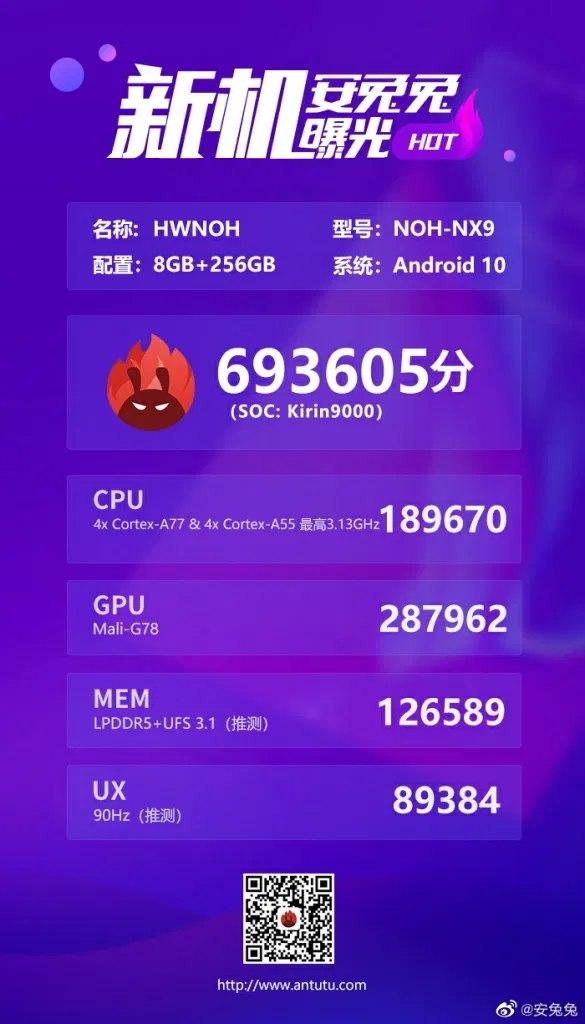