Following the US trade restrictions on Huawei, a few of the overseas markets abandoned the sales of Huawei’s smartphones including Japan, and a smartphone carrier has now resumed the sales of new Huawei devices.

On July 2, Mobile operator IIJ (Internet Initiative Japan) started the sales of new Huawei Smartphones including the P30 series, which was among the carriers that delayed the P30 series smartphones as well as tablets, reported Nikkei Asia.

In May, The US commerce department added Huawei in trade blacklist, barring the company from buying components and software from the U.S. technology firms.

After this Google decision to stop providing software services raised concerns in many of the retailers and business partner, as a result, they stopped purchasing new stocks as well as abandoned taking new orders from the consumers.

Following this, on June 29, Trump announced ease in trade restriction for Huawei, in which the company will be allowed to resume its purchase from the U.S. tech firms. This decision once again opened new doors for Huawei.

An IIJ spokesperson said the “comprehensive” decision-making process behind Tuesday’s move followed talks with the manufacturers as well as Trump’s comments.

The spokesperson also said the company had received assurances from Huawei that “software and security updates would remain usable as they have been until now.”

Major telecoms including NTT Docomo, KDDI, and SoftBank Corp has not revealed their plans to sell new Huawei devices and said they’re currently measuring the effects of Trump’s announcement and U.S. export restrictions. 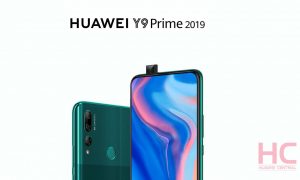