Despite US government sanctions, Huawei is still preparing itself to new launch smart products in its hometown as well as in the global market to regain the market share. On the other hand, there are many leaks and rumors are circulating about the company’s upcoming products.

According to the latest information, Huawei’s one more new product in the smartwatch segment spotted on the Eurasian Economic Commission certification (EEC certification) on March 23, 2021.

As per the details mentioned in the certificate, the model number of this watch is identified as GLL-AL04. The certificate does not contain much information about this forthcoming watch. 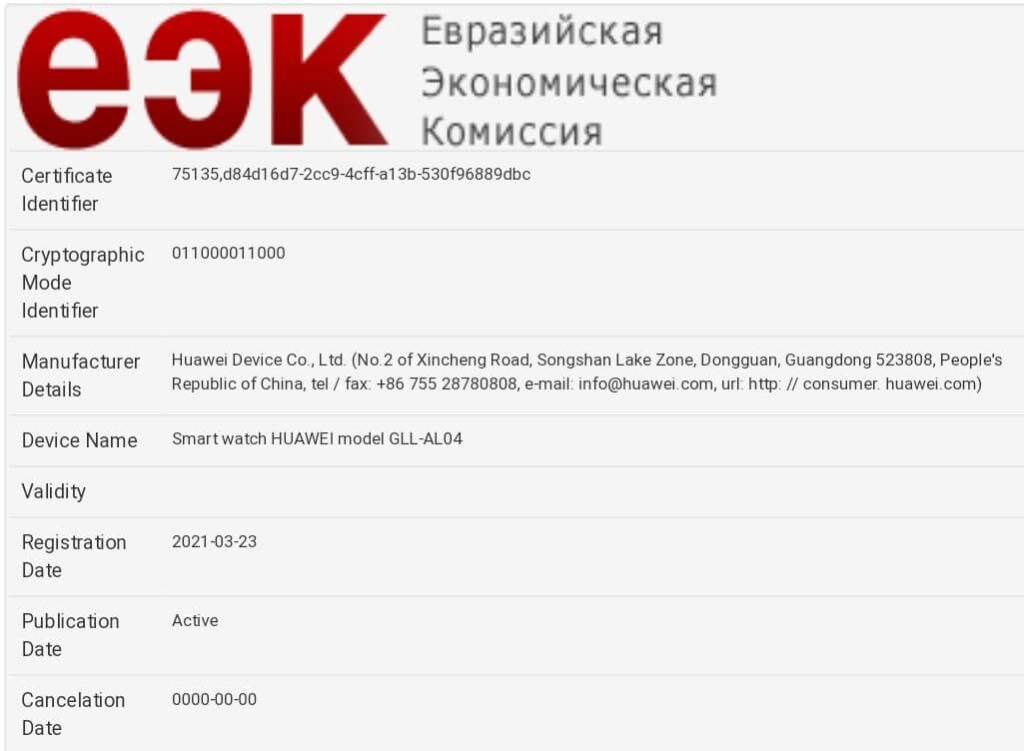 To date, Huawei already has the Huawei Watch Fit series, Watch GT series and Band series. These smartwatches and bands offer the latest design along with up-to-date software technology and a handful of functions for its users.