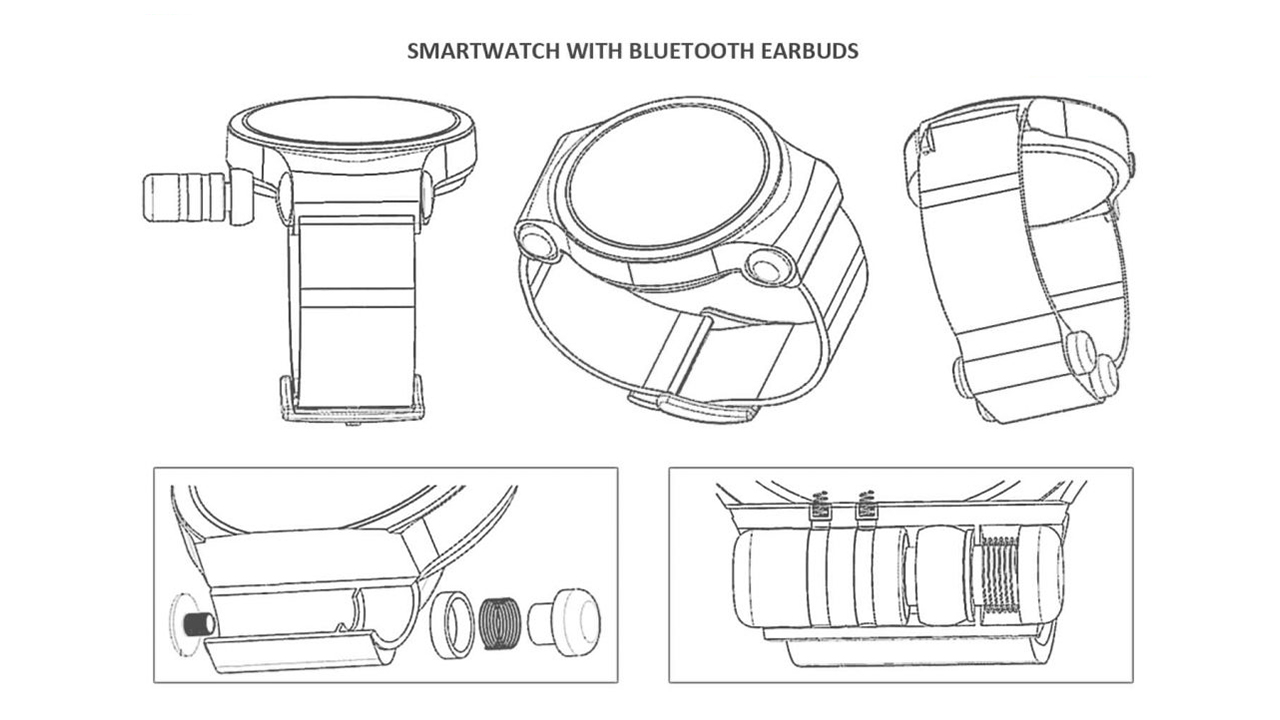 
On June 28, 2018, WIPO (World Intellectual Property Office) approved a patent from Huawei Technologies entitled ‘Wearable device having Bluetooth headset’. This is an innovative Huawei smartwatch with inbuilt Bluetooth earphones. This mechanism will allow the user to carry it, under the wrist.

The built-in Bluetooth earphones will allow users to make simple phone calls. The volume of a call can be easily controlled, and there is also active noise cancellation. The wireless earbuds are waterproof and designed for a better call quality.

According to letsgodigital, This smartwatch contains two compact size whole locked by spring caps to store earbuds directly inside the watch. When a user needs to use the earphone just simply tap on those caps to remove earbuds from the watch. A Bluetooth headset is also shown in the patent, which can be clicked on the bottom of the watchband. This headset is based on a two-click mechanism that could be externally attached to the device with help of a small slide rail or a magnetic effect. At the MWC 2018, Richard Yu, CEO of Huawei, has indicated that the company is currently developing the Watch 3, however, there’s no reason to rush about this model or its upcoming features. This watch is also expected to be released with Google Wear OS 2.0 in upcoming time.