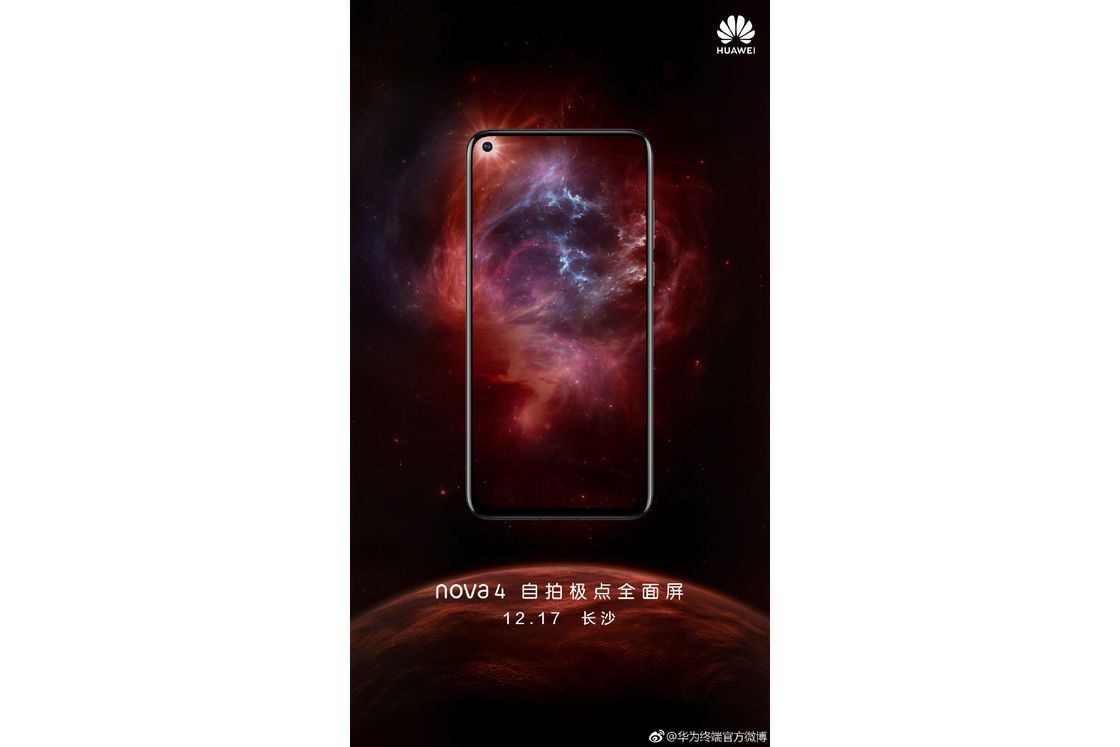 
Huawei’s Nova 4, the phone that ditches the display notch for a circular “hole punch” cutout, will be released on December 17th, according to a new teaser image posted on Weibo.

The phone was already spotted in the wild in a pre-production case with its unusual selfie camera in the upper left corner.

Huawei nova 3 arrived in July with a Kirin 970 chipset, while the Nova 2s sported a Kirin 960 platform. This leads to the assumption the new device will have the latest SoC – Kirin 980, because if it sticks to the midrange Kirin 710, it might be as powerful as the affordable nova 3i, and that would be an utter disappointment.