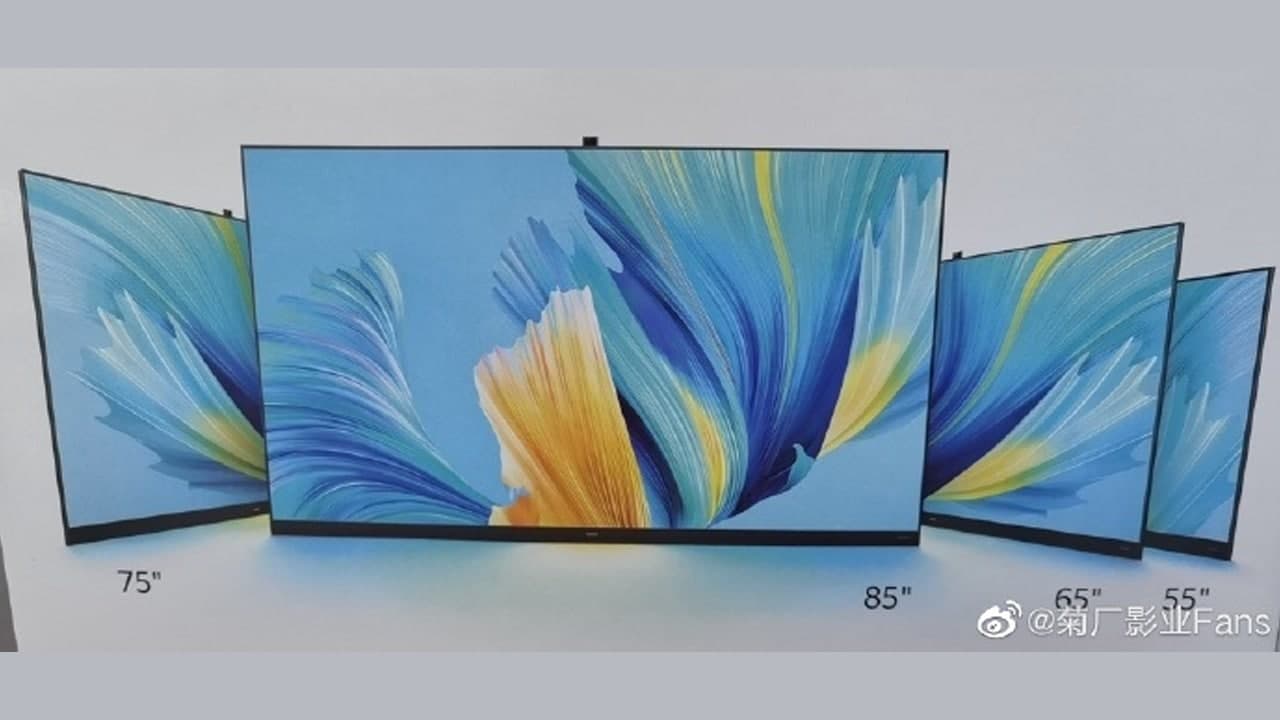 
Today, Huawei‘s upcoming smart Screen got revealed in a render leak, which has appeared on Weibo. By looking at the render, we could see that these TVs have a three-sided narrow bezel design and a pop-up selfie camera that looks very sleek.

The overall design of these Smart Screens looks very interesting and attractive. Furthermore, it’ll have a new audio quality provided by the famous sound maker Devialet.

The 2021 models of the Huawei V series smart screens also provide HDR vivid display technology, which is jointly developed and promoted with Tencent and other companies.

Furthermore, the new models will also have Dolby Vision and HDR 10+ content support and to provide maximum viewing experience to the users.

A previous report suggests that Huawei has made a number of new improvements to its smart screen system. therefore, the upcoming Huawei TVs will be feature motion-sensing gaming technology.

Aside from these leaks, the Huawei V series’s 85-inch smart screen has passed China’s 3C compulsory certificate. While previously, 75 and 55-inch versions also completed their certifications respectively from the same authority.

Official information shows that these Huawei Smart Screen smart TVs will launch at an event on April 8 and alongside this big series of TV, the company will also introduce a new smart band device.