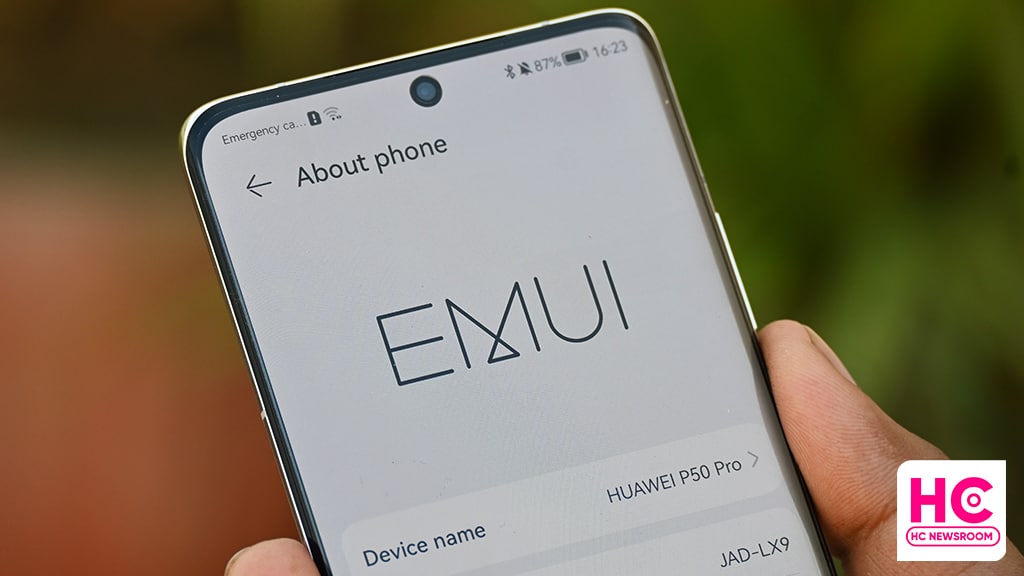 EMUI 13 is already here but Huawei has not announced new details about the rollout, for which we’re eagerly waiting. So, what’s going on and why has Huawei haven’t spilled words on EMUI 13 release?

The Chinese tech maker is still expanding this flagship in the global market and it comes packed with EMUI 13. Yeah, it is the first Huawei smartphone to bring it pre-installed.

However, EMUI 13 is also taken as a major selling point for the smartphone because there are a number of new additions.

Last year, Huawei began EMUI 12 beta testing in December in European markets. But this year could be different as we’ve already passed through 25 days of November 2022.

Cutting to the chase, we now may have to wait until the next month (December) to get started with EMUI 13.

In a recent reply to a Twitter user, Huawei said it has not announced the EMUI 13 roadmap. There was no further statement made about the release though.

Huawei EMUI 13 comes with a variety of additions and improvements over EMUI 13, and these reflect on the user interface, animations, and user experience.

EMUI 13 will get you new service widgets for instant content, a feature to manage all of your smart devices, and more.

Despite all of these speculations and insights, we suggest you keep an eye on the beta project via the BETA application. Here you can read our EMUI beta program step-by-step guide to check for EMUI 13 beta, instead of waiting for Huawei.

On the other hand, make sure that you are on the latest EMUI version to participate in the beta testing program. To check for the new firmware, simply go to Settings > System & updates and follow the screen with Software update instructions.

Huawei Nova 9 is getting November 2022 firmware