As recently, World Intellectual Property Organization released the data report of patents registered by respective brands across the globe from 2017 to 2019. The report discloses that Huawei has been leading the list for three consecutive years.

The report shows that 13 Chinese firms have secured their positions in the top 50 and 4 companies in the top 10 of global PCT patent application 2019. In which Huawei ranked first, OPPO fifth followed by BOE on the sixth, and Ping An positioned eighth.

Following the report ranking, China has become one of the countries with the top 10 companies with the largest number of PCT patent applications. 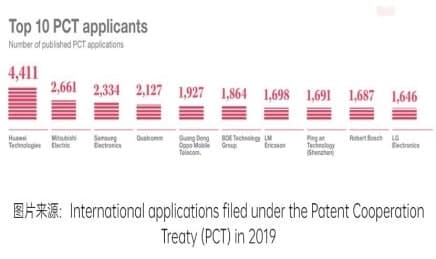