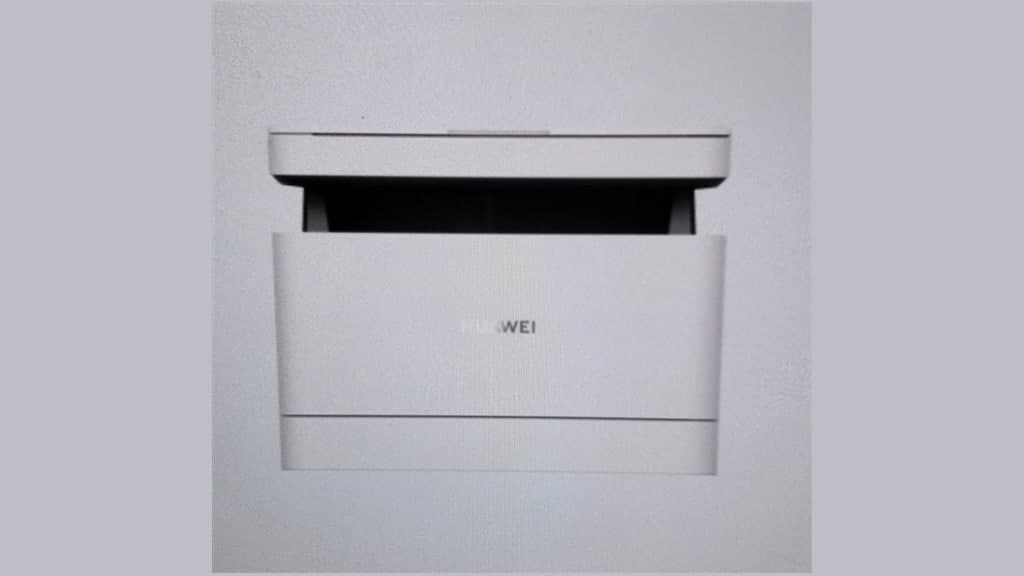 Huawei seems to be expanding its consumer business by adding a new range of smart products. Adding to this, the company is expected to launch a new smart printer in September and it’s been spotted recently on AI Life app by a Weibo tipster.

As per the information, the printer adopts a white color design and has functions such as scanning and copying. It supports WiFi connectivity and wireless printing using App.

Furthermore, Huawei’s new smart printer will integrate features of the new HarmonyOS, making it more productive and easy to use. Although, Huawei is yet to announce the exact launch date but we can assume it to arrive anytime in September.

Talking about the competition, there are already several printers available in the market from the brands such as Xiaomi and Lenovo. These printing machines cost less than 1000 yuan, while we need to wait for the price of Huawei smart printer. 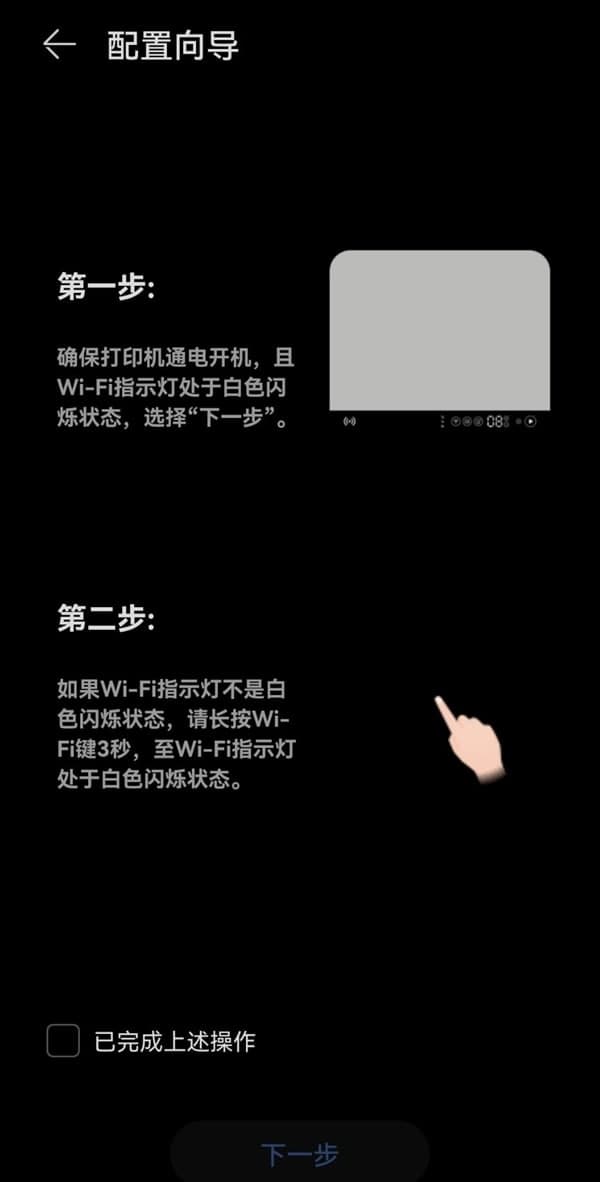 Along with the smart printer, the Chinese tech giant will also introduce more new products including Huawei Nova 9 and an All-in-one PC. All these new gadgets will be unveiled next month.

Huawei Nova 9 will be launched in late September

According to the latest information, Huawei has an adequate supply of the upcoming Nova 9 smartphone and it will be launched in late September. Although, this handset will be featuring 4, just like the P50 phones.

The report also reveals that this handset will be available in all of the Huawei flagship stores in China and its supply will be more than that of the P50 series. Being a flagship device, the Nova 9 will come with a bunch of premium features such as an OLED display, Kirin 990E SoC, 4500mAh battery, and more.

Furthermore, this smartphone will come pre-packed with the new HarmonyOS 2.1 operating system and it will equip a quad rear camera setup in a cylindrical module.

Related Topics:HuaweiHuawei smart printer
Up Next 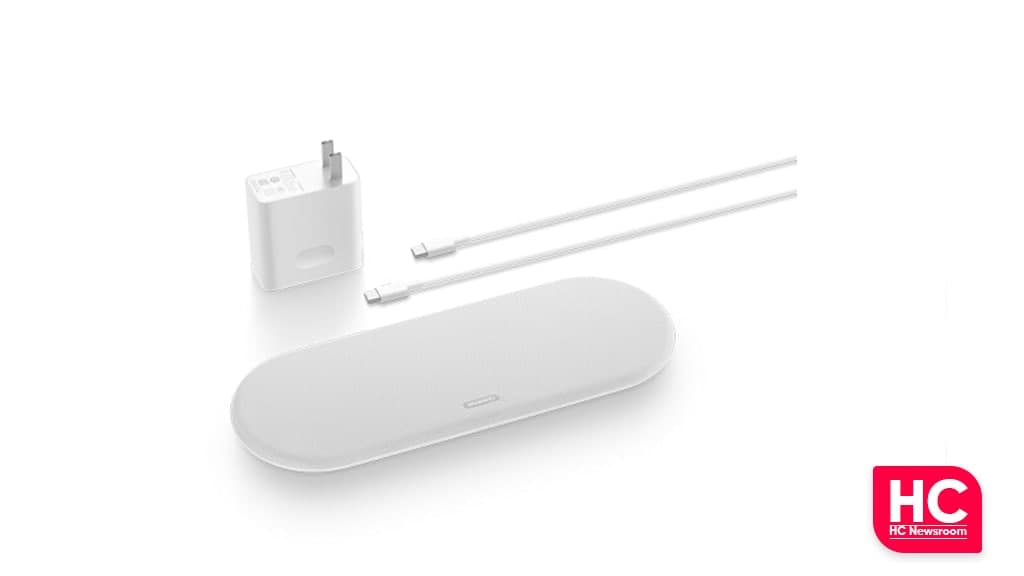 Today, the new Huawei multi-device wireless charger with smart capabilities has been put on the shelves of the company’s online store JD.com. The pre-sale price is 799 Yuan (Approx. 120 USD). However, its first sale will start on 17th September at 10:08.

This multi-device charger is capable to charger three device that supports wireless charging such as a smartphone, a smartwatch, and a smart accessory at the same time. In Addition, it provides a Max of 15W wireless charging power for each device.

It adopts a flat cylindrical design to easily contain three devices and the cable input on its edge. Besides, its three-layer three-dimensional large coil design can detect the device’s position to increase the efficiency of the charging area. 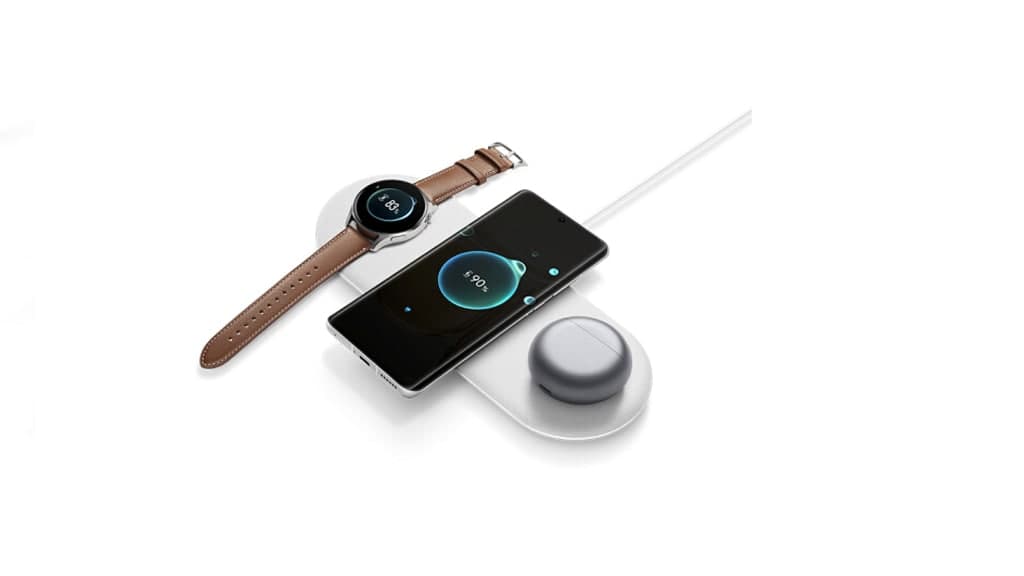 Moving on to other capabilities, Huawei has installed a smart temperature control chip besides a silent air-cooling arrangement in this multi-device wireless charger. It only assures reliable temperature control but maintains the charging competence also.

Coming to the compatibility of this charging board, it follows the Qi standards. It means it can provide support for any wireless charging device of any vendor. Huawei smartphones, tablets, audio accessories, and smart wearables alongside the same products of other sellers can be charged with this board. 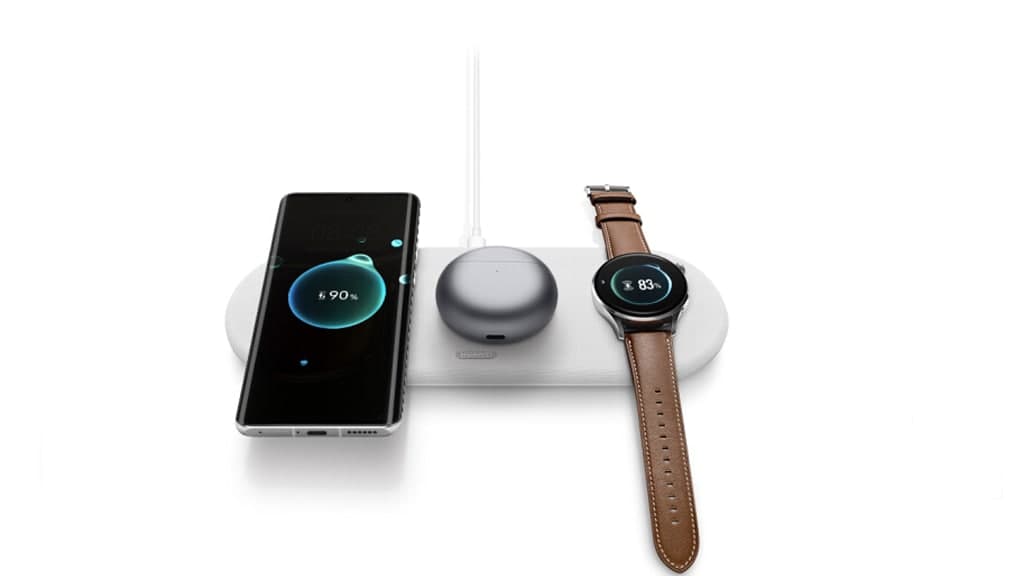 To be mentioned, it was launched at the new product launch conference on July 29. Furthermore, the company also introduces other flagship products including the P50 series, V series smart screens, Huawei Band 6 Pro, Children’s Watch 4 Pro, and so on. 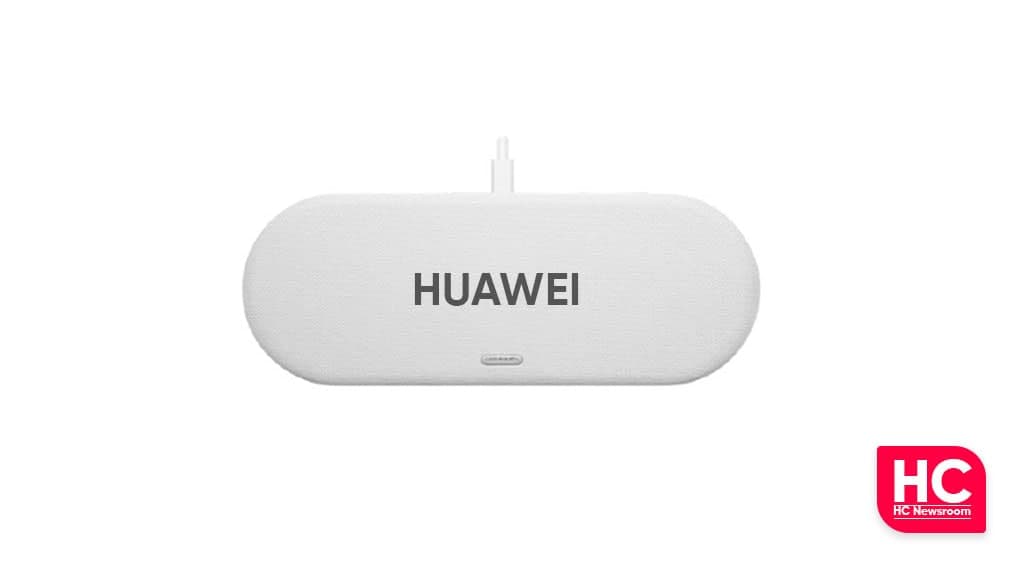 On July 29, Huawei conducted the new product launch conference, where the company brings new flagship products such as the P50 series, V series smart screens, and the pro variants of previously launched products such as Huawei Band 6 Pro, Huawei Children’s Watch 4 Pro, and so on.

Alongside these high-end products, Huawei also unveiled a new multi-device wireless charger with smart capabilities, which will go on sale in September. As per the information, the company has priced this new variant at 799 Yuan (about 120 USD). 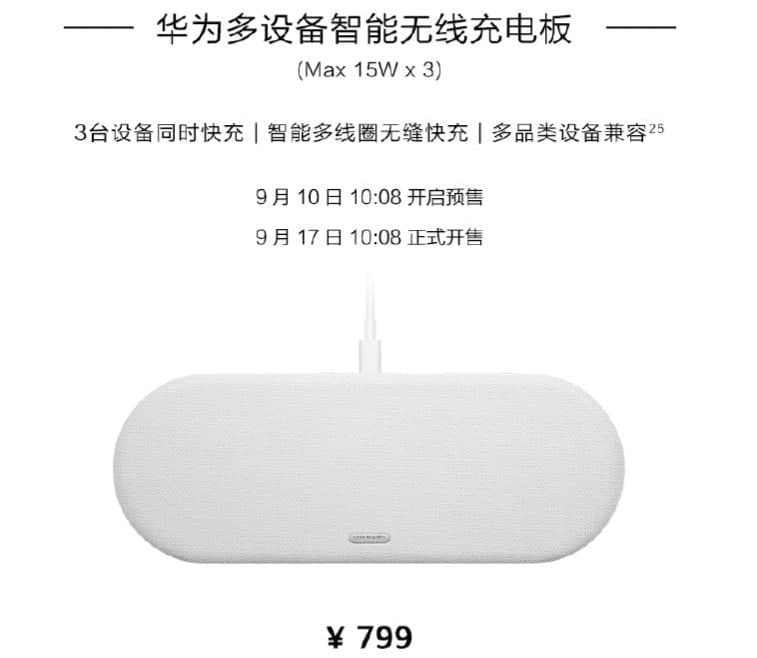 Talking about the specifications, this new multi-port charger supports a Max of 15W wireless charging power for up to 3 devices simultaneously. Furthermore, it’ll come with smart multi-wire seamless fast charging technology and will be compatible with multi-class equipment.

As this product will go on sale in September, the company is yet to release further information and an official listing of the devices that will support this new wireless charging pad. We are expecting the company to soon come up with more information.

Apart from this, Huawei introduced brand new products at the launching event, that not only came with amazing hardware and software capabilities but has a stylish design also.

At present, this smart lock has been on the shelf of Huawei’s official shopping platform- Vmall offering a big discount and thanksgiving gift, which is a suitable pair for this product. Before discussing the details and unlocking methods, let us check the pricing information first-

Now, coming to the unlocking algorithms, Huawei Smart Select Deschmann smart door lock uses the Huawei wallet to turn your smartphone into a lock opener. Furthermore, it also supports even if your phone runs out of battery. The unlocking methods provided by this smart lock includes

In the era of technology, this smart door offers the best and safer way using real-time network connectivity. This smart lock also keeps the door-opening track record and shares it with the family members. Furthermore, it does not only works as a door guard but also can take charge of your house in your absence.