The patent dispute between Huawei Technology and PanOptis Patent Management (hereinafter PanOptis) has come to light recently. Huawei filed the case as the plaintiff, while PanOptis defendant their rights.

As per the information, this patent dispute involved the global purchase and patent right for the 2G, 3G, and 4G network for the defendant. The court has to see if the defendant has violated the FRAND (Fair, reasonable, and non-discriminatory) policies and disrespects its position as market dominant. Furthermore, it also imputed the Chinese administration to have no jurisdiction.

On this matter, the court observed that both parties previously conducted long-term discussion and licensing terms in including Shenzhen, China. However, no firm reach an official agreement. In the meantime, the defendant also applied to the US Court, German Court, and other countries claiming that plaintiff invaded its patent rights.

On the other hand, the plaintiff stated that the defendant has a dominant civil tort lawsuit. Thus the defendant needs to carry legal responsibility. Furthermore, the plaintiff claimed RMB 99 million respecting the level of jurisdiction. Also, the court can take action in the case by the law. Besides, the lawsuit legal dispute between the plaintiff and the defendant in a foreign country does not authorize a repeated trial.

The decision rejected all the objections imported by the defendant and its related subsidiaries for the patent dispute between Huawei Technology and PanOptis.

The US Texas-based PanOptis is an intellectual property management and finance company that works in the telecommunication technology and smartphone manufacturing field. Its subsidiaries include-

Although the working scope of the company is defined as the finance and technology field, it depends on the other company that uses its patent and makes benefits. In industry, the PanOptis is the so-called “patent hooligans” who don’t manufacture their own patented products.

It’s not the first time when we are seeing the tech company’s disputing over patents with PanOptis. Before, both Huawei and PanOptis fought in the Texas court, where Huawei lost 10.5 million USD for encroaching the LTE technology patent of the American subsidiary of PanOptis.

Afterward, the US-based Apple encounter the same situation and end up paying about 300 million USD to the Unwired Planet and Optis Cellular Technology- the branch of PanOptis in August 2021. The PanOptis accuse Apple to use its patent in the past and future as well.

On this matter, the iPhone producers once stated that PanOptis doesn’t make money by manufacturing the patented products. It’s only interested in making money by seeing other firms that produce the products. However, Apple won’t remain silent and pay any irrational patent charge.

Related Topics:HuaweiNewsPanOptisPatent dispute
Up Next

Huawei will not give up on smartphone business: Says Huawei 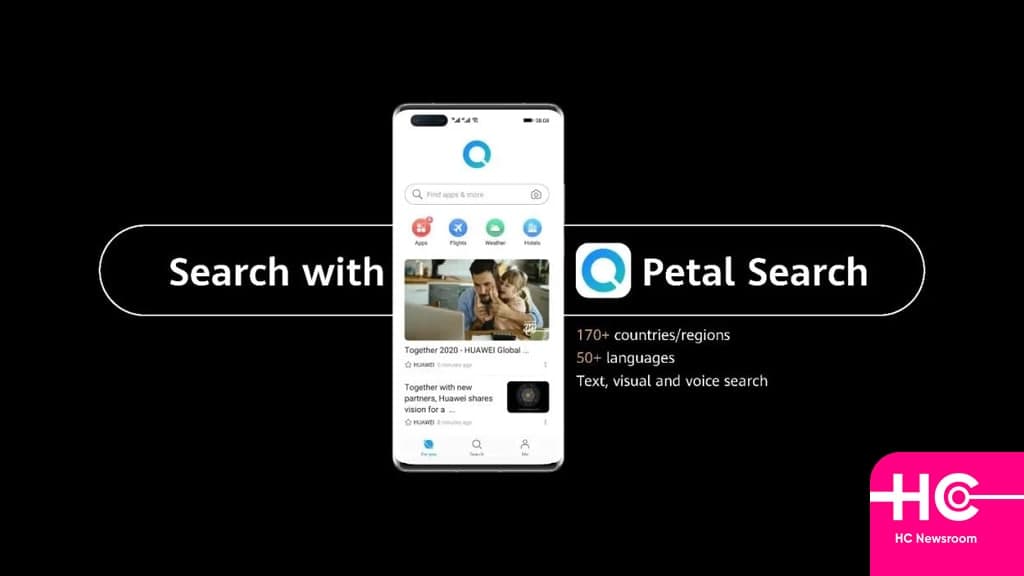 The Petal Search is Huawei’s own search engine service similar to Google Search, which was already launched for global users in 2020. Following this, the Chinese tech maker has recently opened the Petal Search engine on the home ground. However, due to some reason, it was closed in less than a day of opening.

The information discloses that after the initial rejection of the Petal Search trademark, Huawei did not accept the rejection and applied for the re-examination of the trademark to the corresponding office. 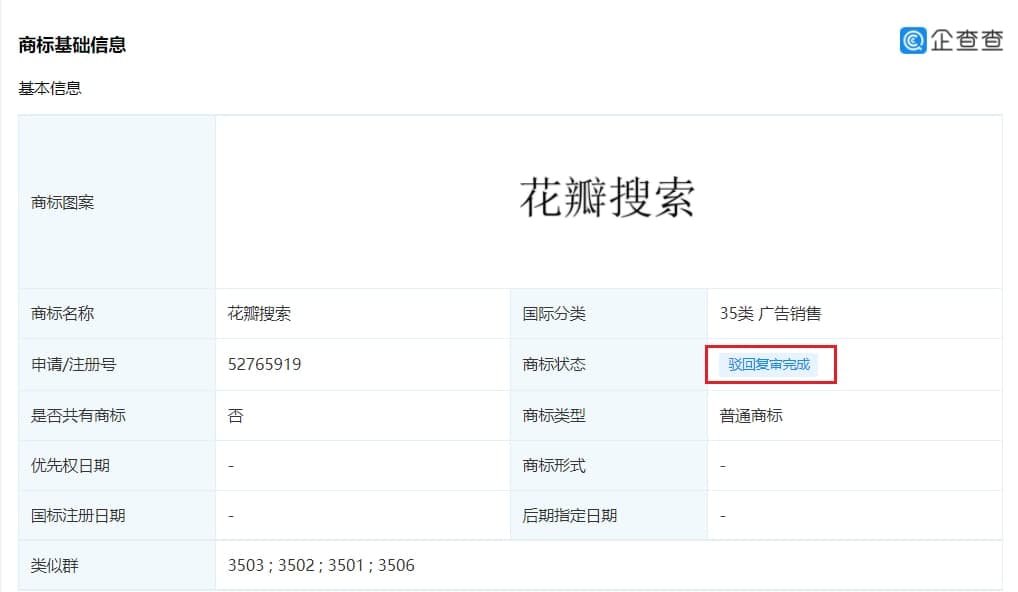 The trademarks review states that both the Petal Search trademarks contain the word “Petal”, which was also included in the cited trademarks. So, their use in the same services can easily cause confusion among the consumers that’s why it was not approved.

On the other hand, Huawei also failed to submit sufficient evidence that proves or differentiates these new trademarks from citied trademarks. Hence, the trademark applications for Petal Search got rejected again.

The Petal Search web engine has owns all the services that a search engine has and also provides localized search services based on user search habits. It can accurately food, clothing, housing, and transportation to local users, and users can enjoy a one-stop service from search to shopping.

Based on the application of big data, AI, NLP, and other technologies, Petal Search also provides visual search and voice search functions to achieve accurate identification of search content. The Petal Search serves the extreme needs of the user’s search efficiency and also supports multiple languages to meet the diverse search needs of the users.  Also, the users can use different languages ​​to get more accurate information and experiences suited to their features. 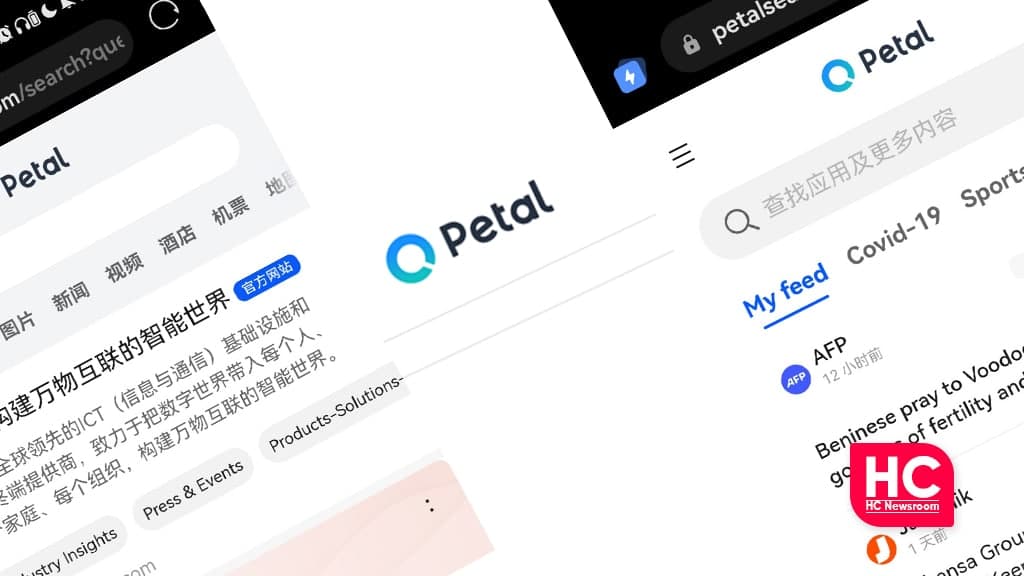 Huawei announced its participation at MWC 2022 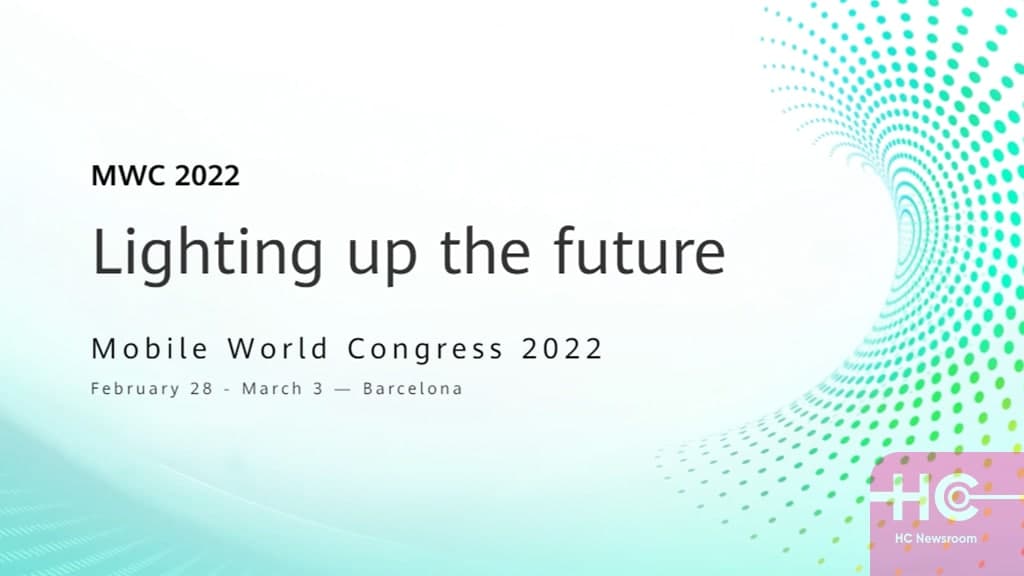 Huawei has recently announced its participation at Mobile World Congress (MWC) 2022 organized by GSMA. According to information, the MWC 2022 is scheduled to happen between February 28 to March 3, 2022, in Barcelona.

Additionally, Huawei also launched a page dedicated to MWC 2022 on the official website to support the development of the MWC 2022 event. Also, the Chinese tech maker will host the Huawei Day0 conference on February 27, 2022.

The interested users who want to know more about the MWC 2022 and its agenda can register themselves [Register here]. Huawei will collect your process your personal data and provide it through the website to send you MWC 2022 by mail conference attendance reminders and other conference-related information.

Furthermore, Huawei said the global economy and society are fully returning and industry digitization has become a new engine for economic development. The green and low-carbon is the common vision of human society as well as ICT technology is playing an increasingly important role in it.

Looking at the future, Huawei will work with global operators and partners to build a minimalist, green, and intelligent ICT infrastructure, adhere to science and technology for good, and use innovative technologies. The product solutions to make life better, business smarter, and society smarter. To develop a more inclusive, greener world.

Moreover, Huawei sincerely invites you to attend the 2022 Mobile World Congress hosted by the GSMA to discuss industry trends and hot topics with global industry elites and opinion leaders. This is to bring the digital world to everyone, every family, and every organization to build everything Connected intelligent world, lights up the future together.

Hurun Report, a leading research platform has recently published a Hurun China Top 500 Rich List 2021 in which Huawei marked its position on seventh place. Due to COVID-19, the value of a few companies fell down but some of them rose by hundreds of billions.

The latest report discloses that the top 10 companies total value accounted for 29% of the entire 500 company list, which is 19 trillion yuan. The value is almost the same as last year’s data. In addition to this, the limit to enter China’s top 500 list has risen by 9 billion yuan (39%) to 32 billion yuan, a record high.

Among them, Tencent’s value has declined by 1 trillion yuan per year but it still ranked first with 3.9 trillion yuan in China. The second place is secured by TSMC with 3.7 trillion yuan and followed by Alibaba.

Comparing the 2020 list, Alibaba fell down second to the third rank with the decline of the half to 2.5 trillion yuan. On the other hand, ByteDance’s value has increased by 3 times from last year and grabbed the fourth position from fifth with 2.3 trillion yuan.

Meanwhile, CATL has first appeared under the top 10 with 2.5 times increased value-from last year accounted for 1.5 trillion yuan. However, the report reveals that TSMC and CATL entered the top 10 list, and Pinduoduo as well as Midea are dropped out. Now, the Pinduoduo and Midea stand in 12th and 16th position respectively.

Furthermore, this year more than 34 companies have doubled in value, and 3 companies have increased in value by hundreds of billions of dollars, led by ByteDance, followed by CATL and Meituan.