Huawei has rejoined the SD Association list of partners following the last week removal following the US restrictions rules on Huawei.

Huawei restricted from SD Association and Wi-Fi Alliance, will impact less compared to other

The SD Association organization that sets memory card standards, and now has added Huawei in its list of members companies, which means the company can still make phones with SDcard feature. A Huawei representative also confirmed the news to AndroidAuthority.

Last week, Huawei was removed from the list of members of the SD Association. The organization sets standards for technologies in SD and microSD cards. 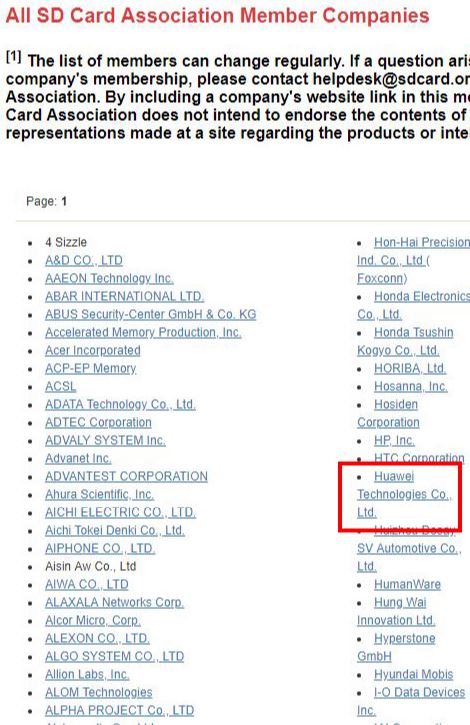