Huawei in third quarter of 2019 maintained its sustainable growth in the global smartphone market with record sellings but a new report from IDC shows that the fourth quarter has brought the company a slight decline.

According to the IDC, Huawei shipped 56.2 million smartphones globally in Q4 2019 + 15.2% of the total market share compared to the 60.5 million shipments and 16.2% share during the same quarter a year earlier.

Despite this small decline in the year over year, Huawei remains second-best global smartphone maker in 2019 by selling 240 million smartphones throughout the entire year.

“Despite Huawei’s ongoing challenges outside of China and a notable drop in 4Q19 shipments, it did manage to overtake Apple for the number 2 position overall in 2019.” wrote IDC. 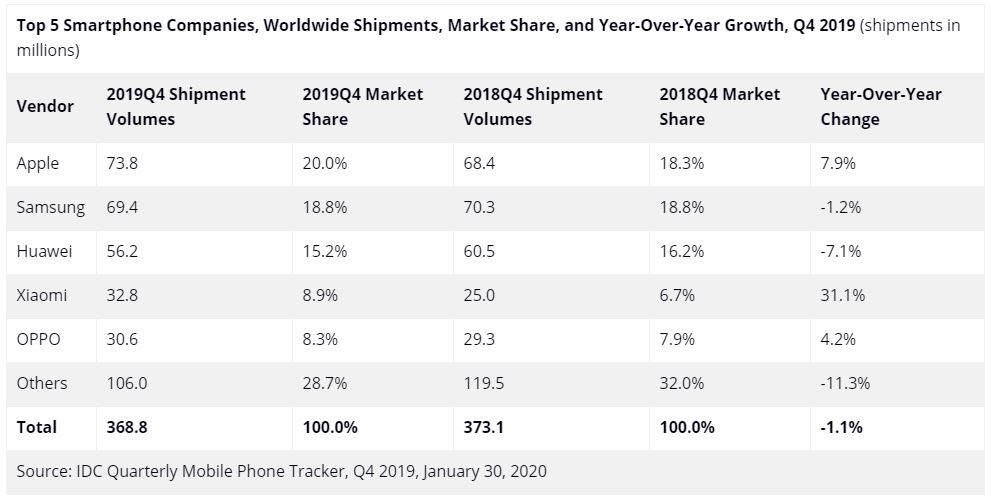