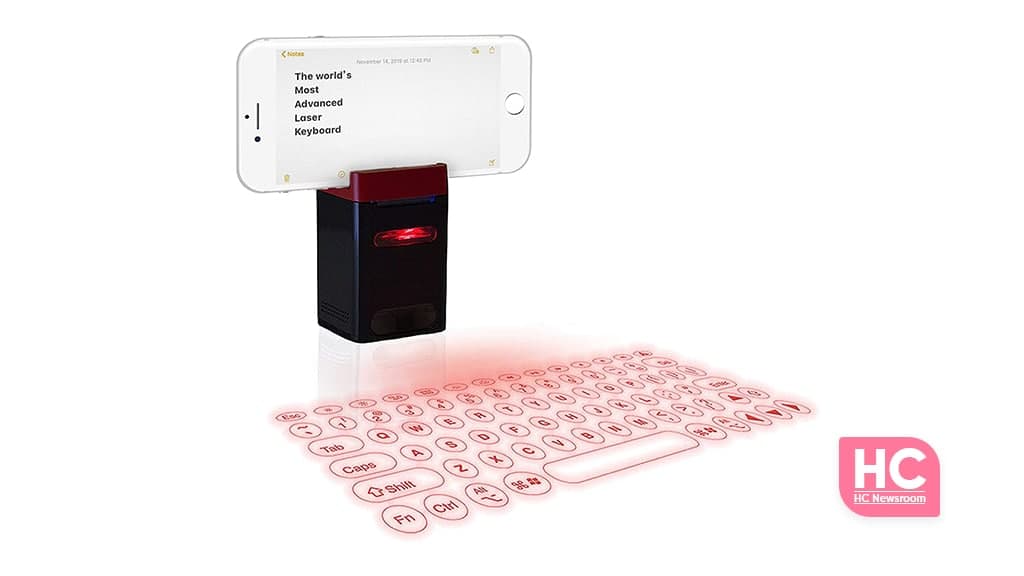 Aside from the smartphone products, Huawei is also making efforts in other products including tablets, laptops, wearables, and accessory collections. Recently, the company has launched its first-ever HarmonyOS product series presenting the industry’s largest screen tablet, massive smartphone camera, and more.

Now, the company’s next focus is its accessory collection, it recently added the Huawei M-Pencil of 2nd generation compatible for Huawei’s tablet series. Moving ahead in the line, the company is now working on its keyboards.

On 10th September, Huawei applied for a trademark application 018555875 for “Glide Keyboard” at EUIPO European Union Intellectual Property Office (EUIPO). The application is categorized as Class 9 and including services such as Projection Keyboard, Smartphone Keyboard, Computer Keyboard, Tablet, and Keyboard Cover, etc. 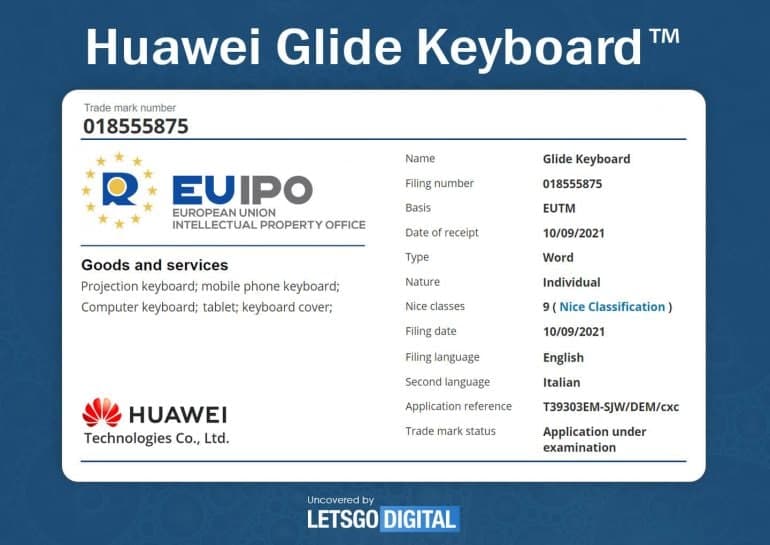 Looking at the name- Glide Keyboard, we can expect the product to be a freewheel or sliding one. Furthermore, it also mentioned Projection Keyboard as its service, which is the most eye-catching thing. It could be the frontier technology for future Huawei products and uplifts users’ expectations.

Furthermore, it either comes will wireless connectivity support or a wired connection to link with the respective device. It’s one of the coolest technology eliminates the need of carrying a full-sized keyboard. However, the application is still under examination, it’s unclear whether the company will actually develop it.

At present, Huawei holds a series of smart magnetic keyboards for its various tablet. It features inbuilt magnets to establish an easy connection with the tablet. Additionally, it can also use a tablet stand or protective cover.

It’s normal for peoples to have doubts on HarmonyOS: Huawei Software Chief