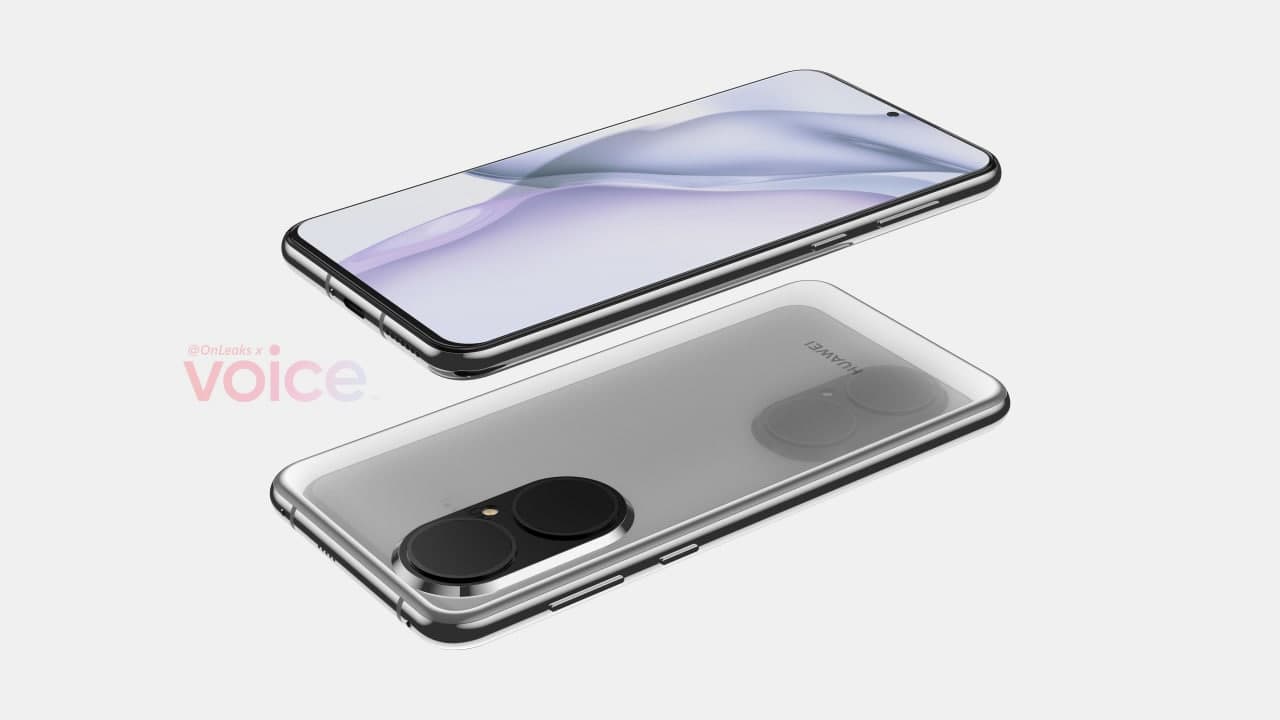 
Recently, it was reported that Huawei is all set to launch its upcoming flagship lineup, P50 in April but new rumors suggest that the launch will actually happen in May 2021. The Huawei fans are already aware that the company in a year reveals two flagship series.

The high-end smartphones unveiled in first of the year named P-series while the second-half flagship device named Mate-series.

According to the latest information, Huawei has applied for the trademark named P50, P60, P70, P80, P90, and P100 on March 11, 2021. This trademark falls under international classification involves scientific instruments and transportation vehicles. The current status of this trademark is the application of registration.

Previously, it was reported that Huawei’s new smartphone strategy is to increase the life cycle of the smartphone business with a limited number of chipsets. To provide the best user experience, Huawei will launch the P50 and Mate 50 series with the 5nm Kirin 9000 processor.

However, there’s no confirmation, whether these are phones or something else but what could it really be, if not for phones?

The current challenges from the U.S. government have restricted Huawei from purchasing U.S. semiconductor products, which are required to make new devices such as smartphones.

The current operations of the Huawei Consumer Department are facing some issues in terms of the supply chain but the Chinese tech giant is working on these mediums to solve this issue as well. 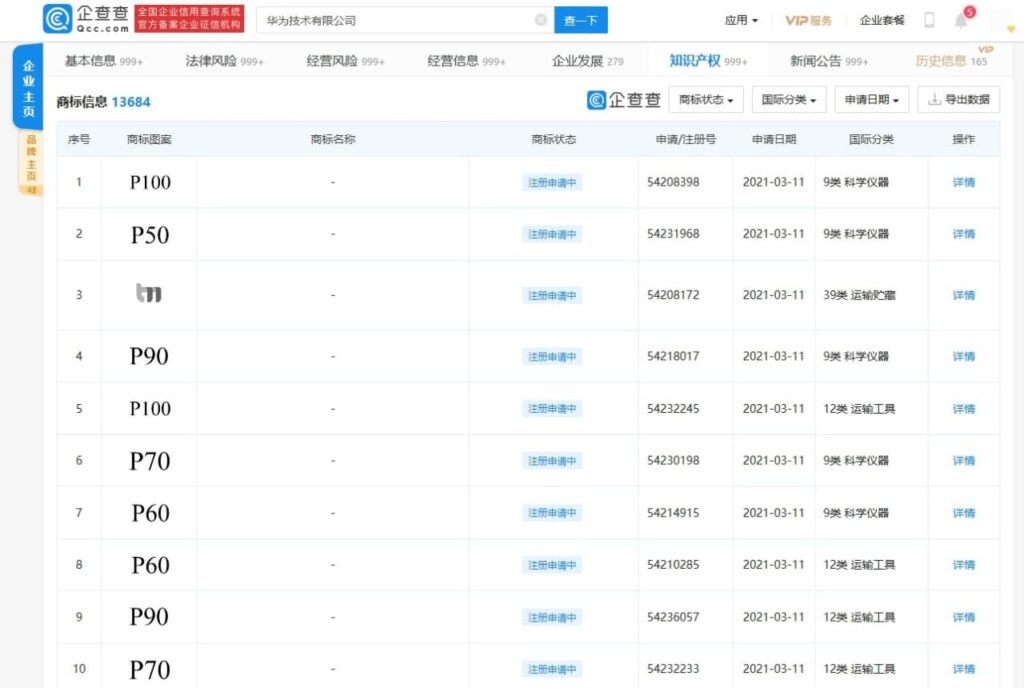 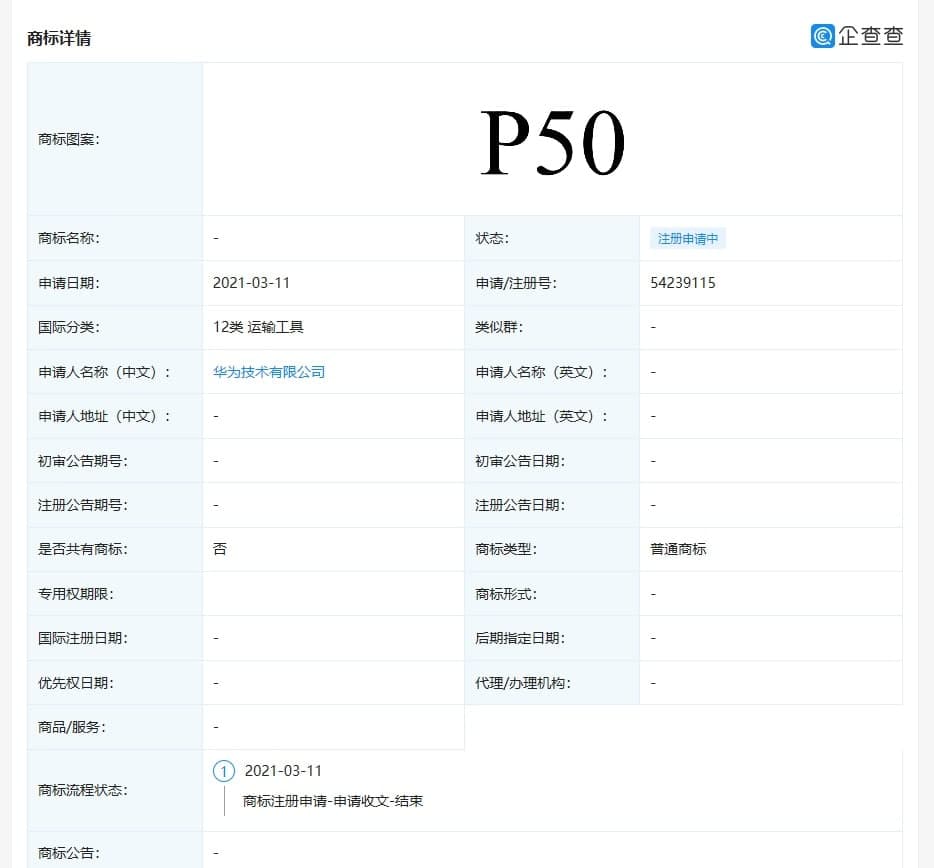 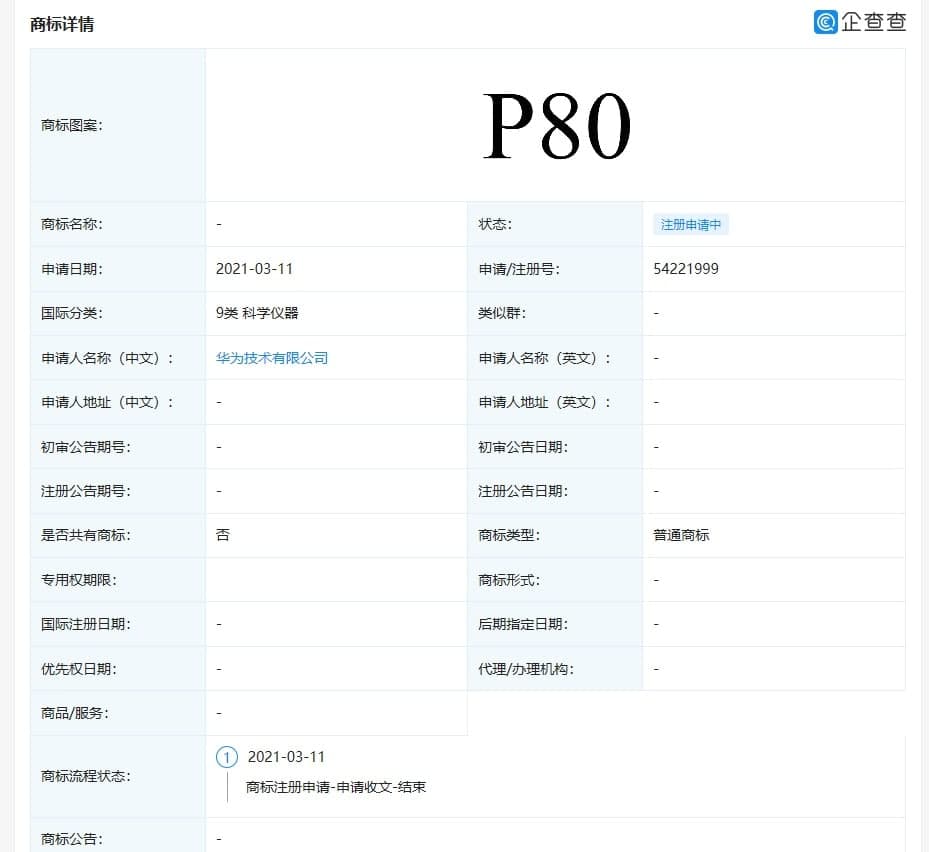