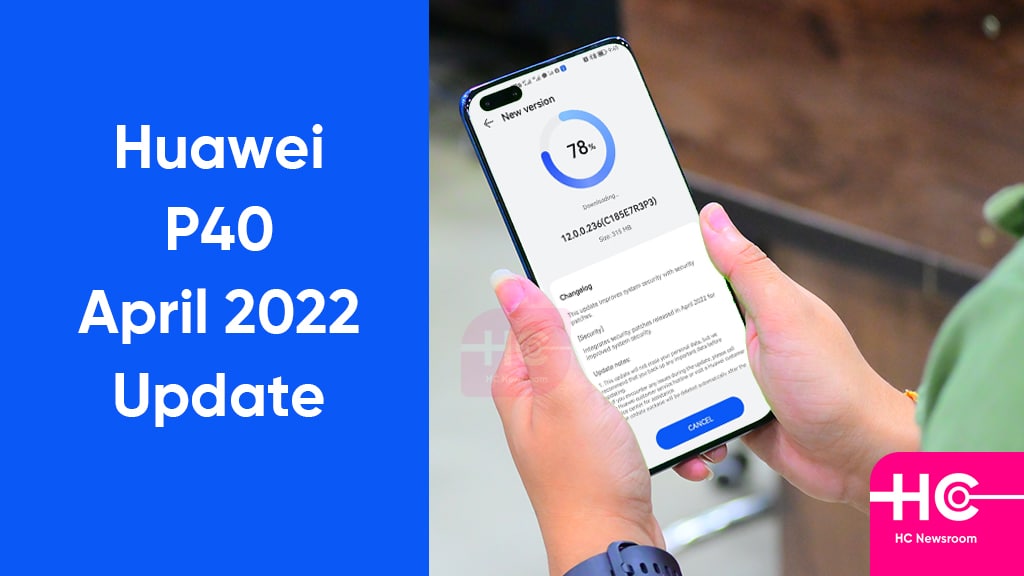 For further improvement, Huawei has recently released the latest April 2022 EMUI security update for the P40 smartphone. At the moment, this update is spotted in the Middle East and will soon expand to more parts of the world.

Special thanks to the tipster: Kwanda

According to the changelog, the newest update brings system security improvements that protect the smartphone against different levels of exploits and issues. One thing, do you know, what are the fixes with April 2022 EMUI security patch?

If yes, then very well. But, if not, then read the article below. Because you must know about the bugs and threats fixes.

To install the latest update, open the phone’s settings, tap on system & updates, tap on software updates, and followed by CHECK FOR UPDATES. If you found any firmware update, tap on the download and install option.

Alternatively, go to the My Huawei app and make sure it is running on the latest version. Now, tap on the support section and click on the updates icon. It will directly take you to the update page, press download, and install.

Remember, before you start the update process, your smartphone should be charged at least 30% or above and have an adequate amount of storage space. Also, use stable WiFi or data connection.

How to install EMUI 12 on your Huawei phone [Live installation]