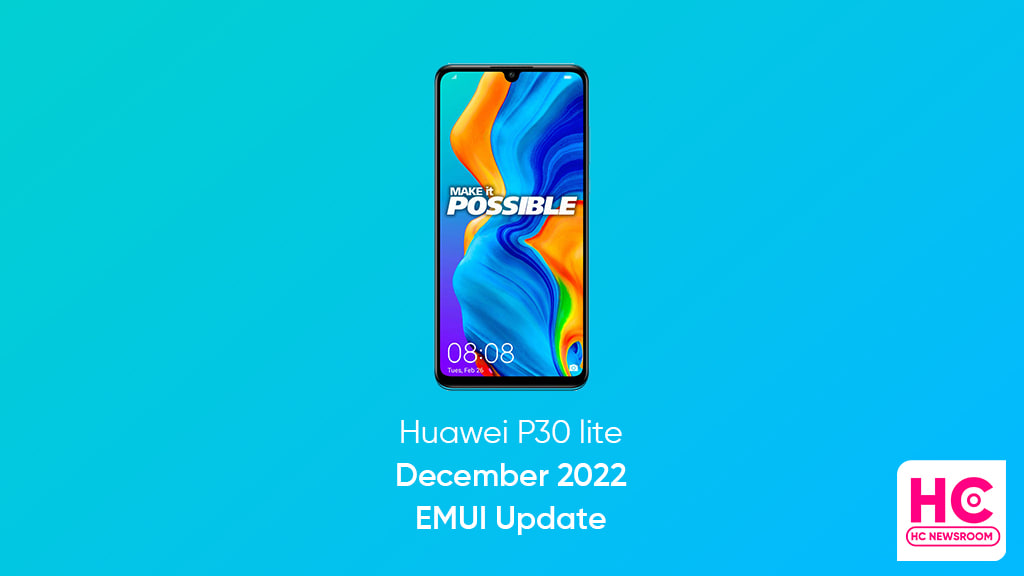 The phone maker is sending this software update with EMUI version 12.0.0.255 and an update package size of around 190MB. Similar to the other releases, the update is out in batches and may take some time to expand among different Huawei P30 Lite owners.

Meanwhile, you should know that the changelog is showing us security patches from December 2022. As of now, all Huawei phones already received this security version and these phones could be the first to dive into the next major software update.

Talking of which, Huawei has not announced an EMUI 13 rollout roadmap. However, there’s a lot that is needed to know. For the time being, we don’t have confirmation about EMUI 13 eligibility for P30 lite.

Currently, Huawei P30 lite models run EMUI 12, this was a surprising software update that Huawei dropped to the smartphone. Why? Because the phone was freeze cold after EMUI 10 and not received any of the follow-up major rollouts such as EMUI 10.1 or 11.

But the installation of EMUI 12 has reimagined the P30 lite smartphone and given consumers a better way to relive this device.

Huawei P30 Lite users can download the December 2022 EMUI software update via Settings, followed by System & updates, and then follow the on-screen content. Note that you can also check for a new version via the My Huawei app.

There are some common safety precautions that you can take such as backing up important data. While the phone will automatically delete the downloaded OTA package once the installation is finished.

Moreover, the phone will restart and we suggest you give it a few minutes to adjust the background process and provide a smoother experience.

As mentioned above, the update will take some time to reach all P30 lite users, so try to check the upgrade manually, if an OTA notification doesn’t appear.