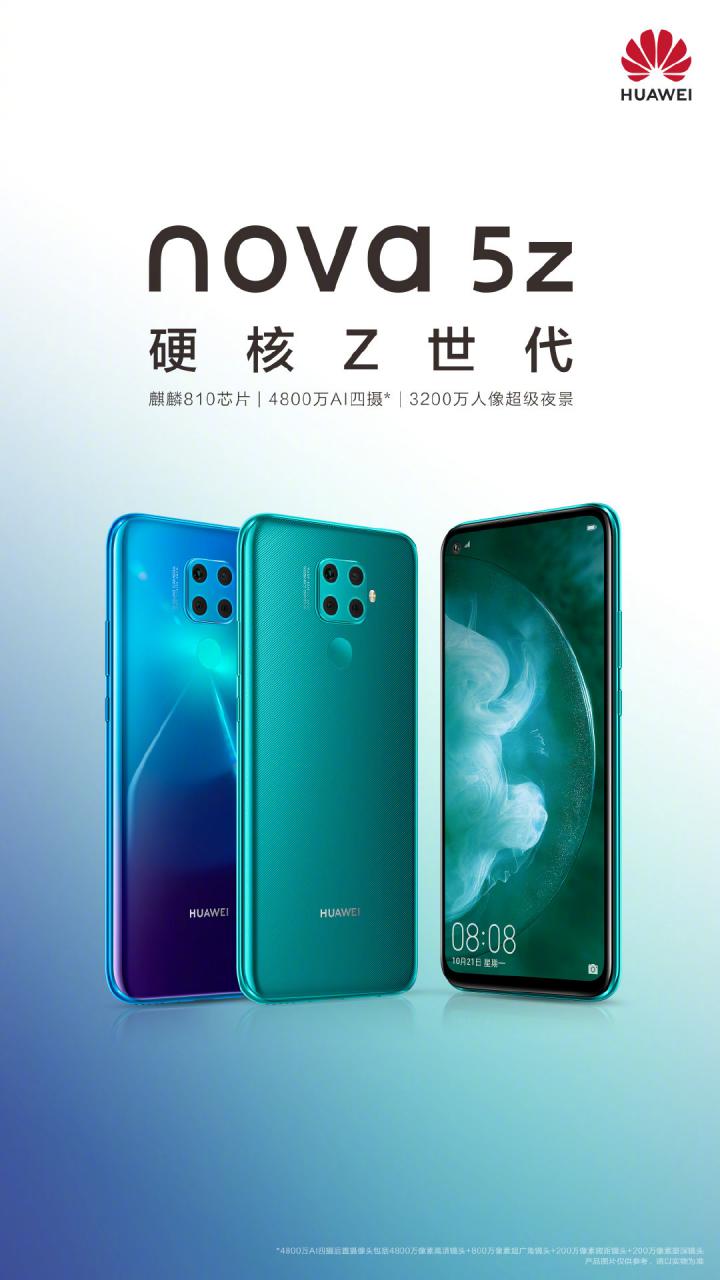 
Huawei has announced that a new Nova smartphone is coming as – Huawei Nova 5Z. From its appearance, the device is very similar to the Huawei Nova 5i Pro and inherits the same camera and display features.

The promo image confirmed, the Nova 5z is equipped with a total of four rear cameras including a 48MP main camera and a 32MP selfie cam placed inside the hole-punch display. Also, it’s powered by Kirin 810.

These specs above are identical to the Nova 5i Pro, and we can expect that the rest of them to remain the same.

Currently, Huawei is due to announce the launching of Huawei Nova 5z and we’ll keep you updated with all of the news related to his upcoming smartphone.