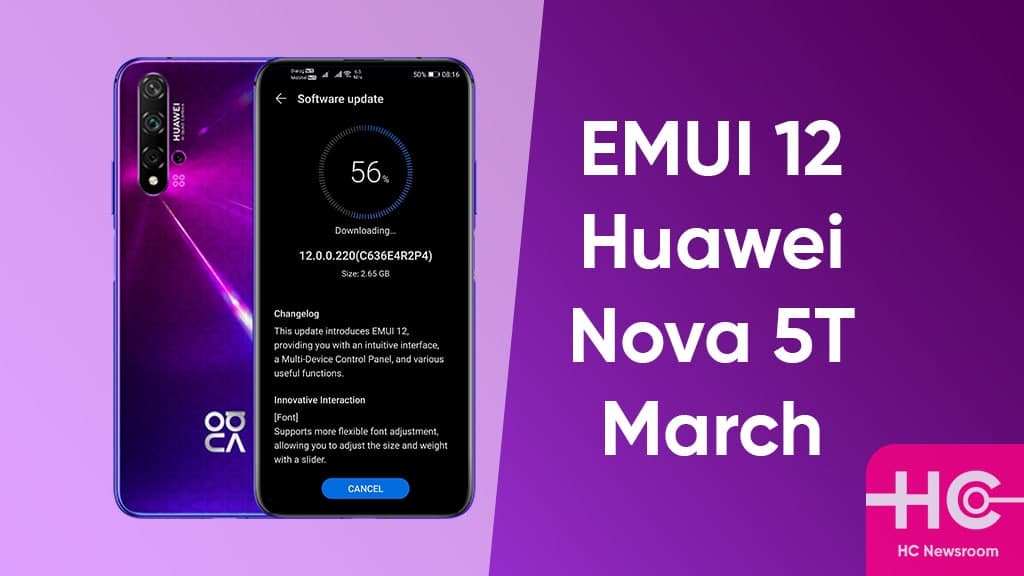 Before the stable rollout, Huawei began testing EMUI 12 for the Nova 5T smartphone via Beta activity. This test program allowed the smartphone owners to run the latest EMUI version and fetch the latest changes. However, the beta testing program let only a few people to adhere the new software beta builds.

Therefore, the stable EMUI 12 rollout is required to upgrade over the latest firmware version for public users. Do remember that this update will expand gradually after initiation.

On the other hand, Huawei P30 Pro and Mate 20 Pro devices will also receive EMUI 12 stable rollout in April. However, the upgrade may also appear before, as we recommend you to keep on checking the update settings.

Stable for other devices:

Currently, Huawei has rolled out stable EMUI 12 for Huawei Mate 40 Pro, P40 Pro, and P40 series. More devices such as Huawei P40 Lite, Nova 7i, as well as P40 Lite 5G are also on the path of completing this major rollout.

EMUI 12 comes with a new user interface that looks better than the EMUI 11, the entire development and improvements made to this software have a number of other advancements over its predecessor.

These specs included 8GB of RAM and 128GB of internal storage. It packs a 3750 mAh battery that could recharge 22.5W super fast charging.

Are you waiting to install EMUI 12?