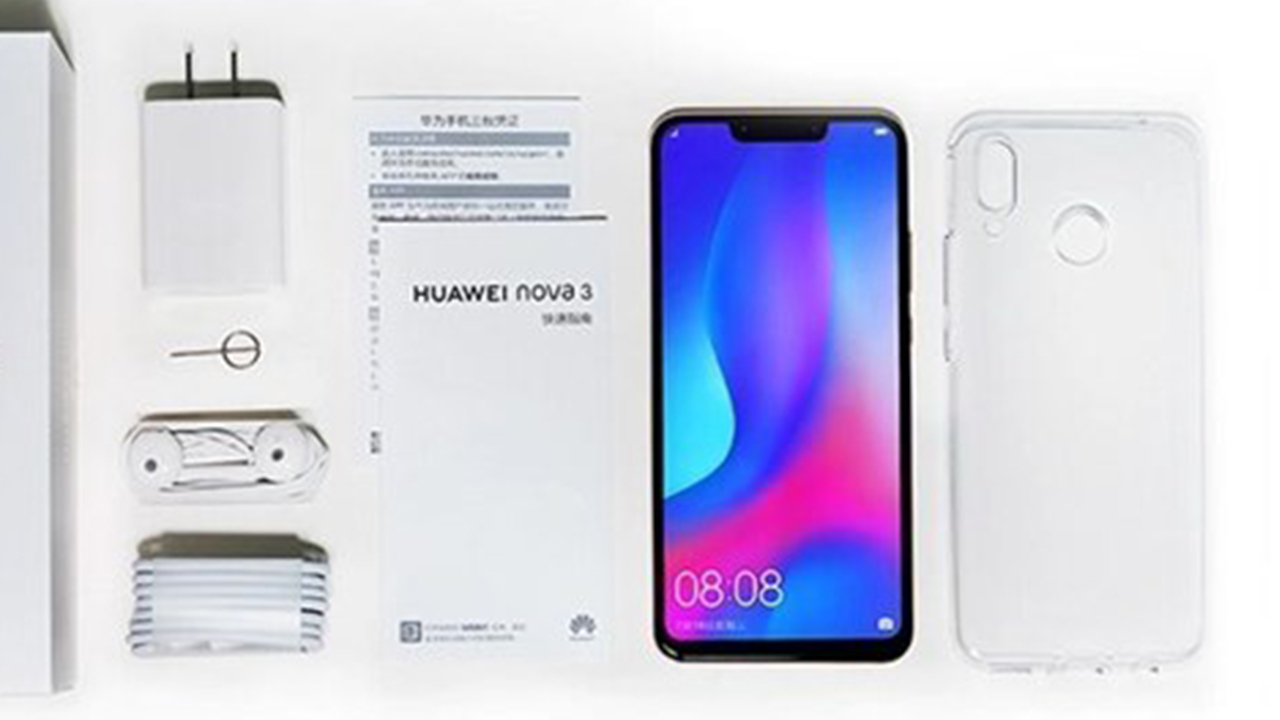 
Huawei officially announced the launch of Nova 3 mobile phone will be held on July 18, 2018. We’re is still about a week away from the official release, and there is news on the Internet that reveals many details of this phone.

In these pictures below, product information, detailed configuration, and features of the Nova 3 phone have been exposed in detail. This includes features such as face unlocking, GPU Turbo technology, and AI beauty Camera. Nova 3 Box content and accessories for the phone are also shown in the picture.

The Nova 3 feature dual rear cameras 24MP+16MP and the front camera is also a dual-camera combination of 24MP+2MP with Pixel AI. This phone comes with the latest EMUI8.2(Android 8.1) with a battery capacity of 3650mAh. The color options are Primrose Gold, Light Blue, Blue and  Purple (gradient)

According to the source, the Price of the Nova 3 is not included in these featured images. For now, this is enough to know about the device until its official launch on July 18.