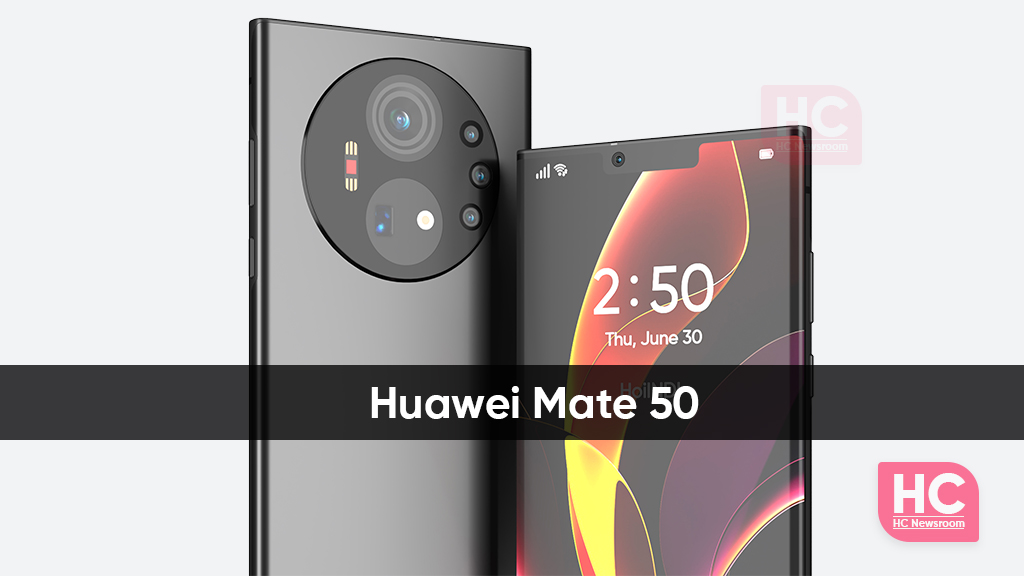 Huawei Mate 50 series is the next flagship to launch among consumers, this series will equip with a number of new technologies and new features. On the other hand, the tech community has its own way to make things interesting and Hoiindi has created a new set of concept renders for the Huawei Mate 50 Pro in the chain.

To be mentioned, this Huawei Mate 50 concept render is made based on past leaks and reports. And this design is not officially confirmed by the Chinese tech maker.

Let’s explore the Huawei Mate 50 pro concept render. To be mentioned, you can check the featured video linked below.

First comes the front design, which comes with a waterfall display with high curvature on the left and right sides. The display also has a notch system featuring a front camera.

The rear side also features curvature on the sides that looks premium along with volume and power keys.

Moving on, the rear side of the phone has a massive camera system that consists of a dual-ring camera similar to the Huawei P50 Pro. There are also three other lenses featured on the right side of the module. Furthermore, the camera also brings an LED flash. 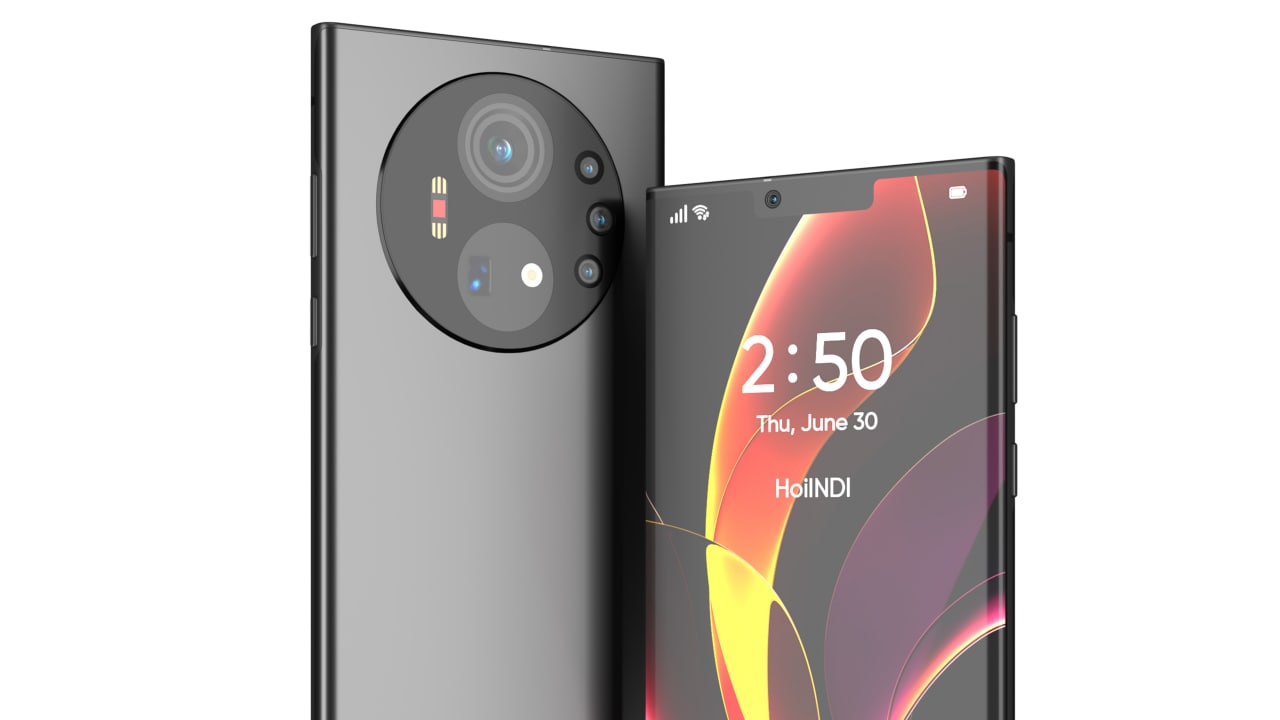 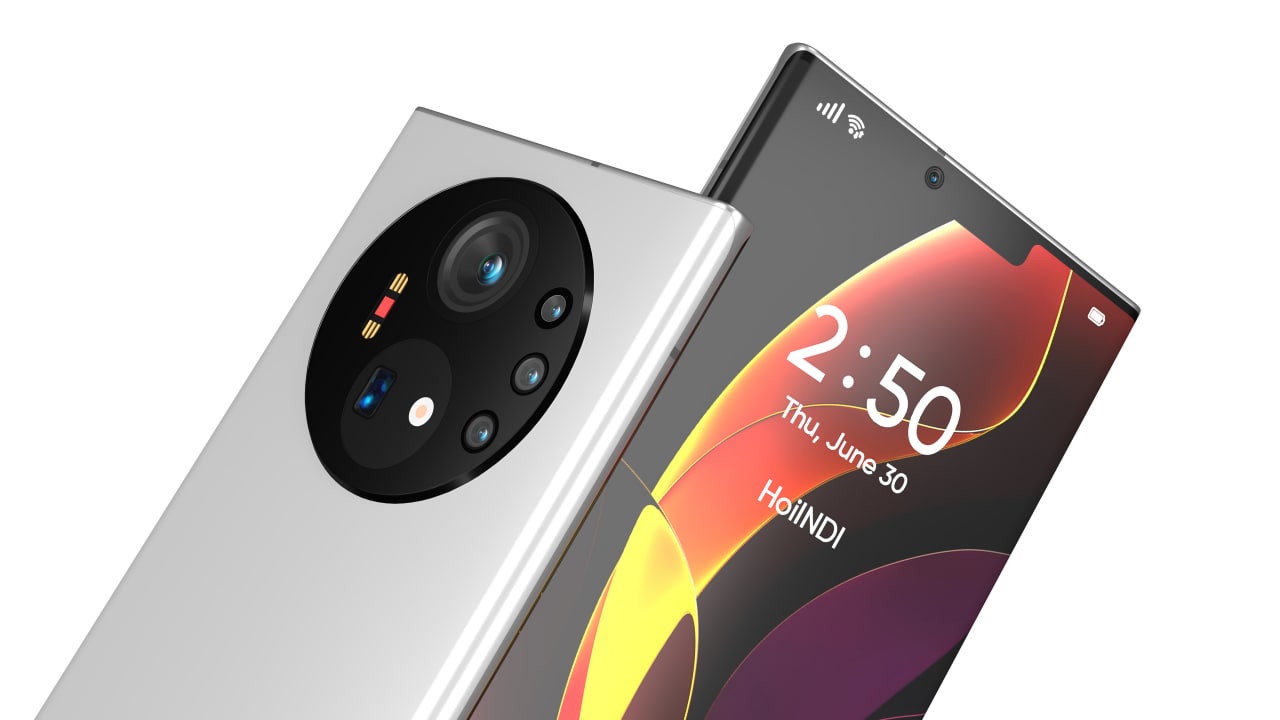 A previous screen protector leak reveals that the Huawei Mate 50 Pro comes with slightly curved edges on the sides, while it has a large notch on the head that comprises different sensors.

This flaghip will be powered by the latest Qualcomm Snapdragon processor. However, it may not come with 5G, instead, it will use a 5G network case to get this capability on the device. The rear side of the phone features a round camera system that is an improved version of the Huawei Mate 50 series. 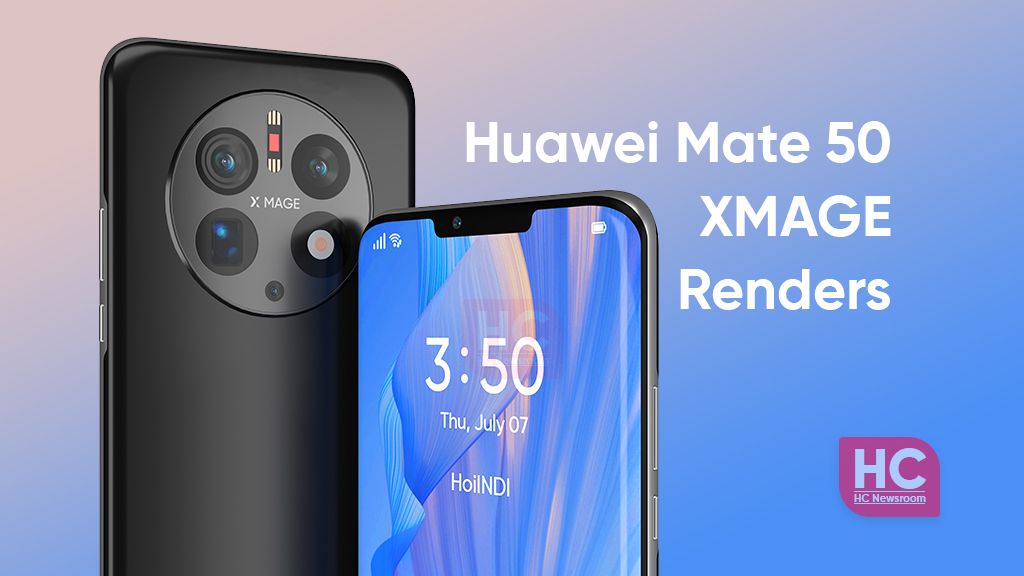 Although, Huawei has not confirmed the official launch date for Mate 50 series but we’re aware that the next flagship is under development. Meanwhile, concept creator – Hoiindi continues to bring new concept renders about the Huawei Mate 50 series, bringing new excitement into the air featuring the XMAGE camera system.

Beginning from the front, the Huawei Mate 50 Pro features a curved display with a wide notch on the head to feature different types of camera sensors. The front side also has curved edges on the left and right sides of the display. 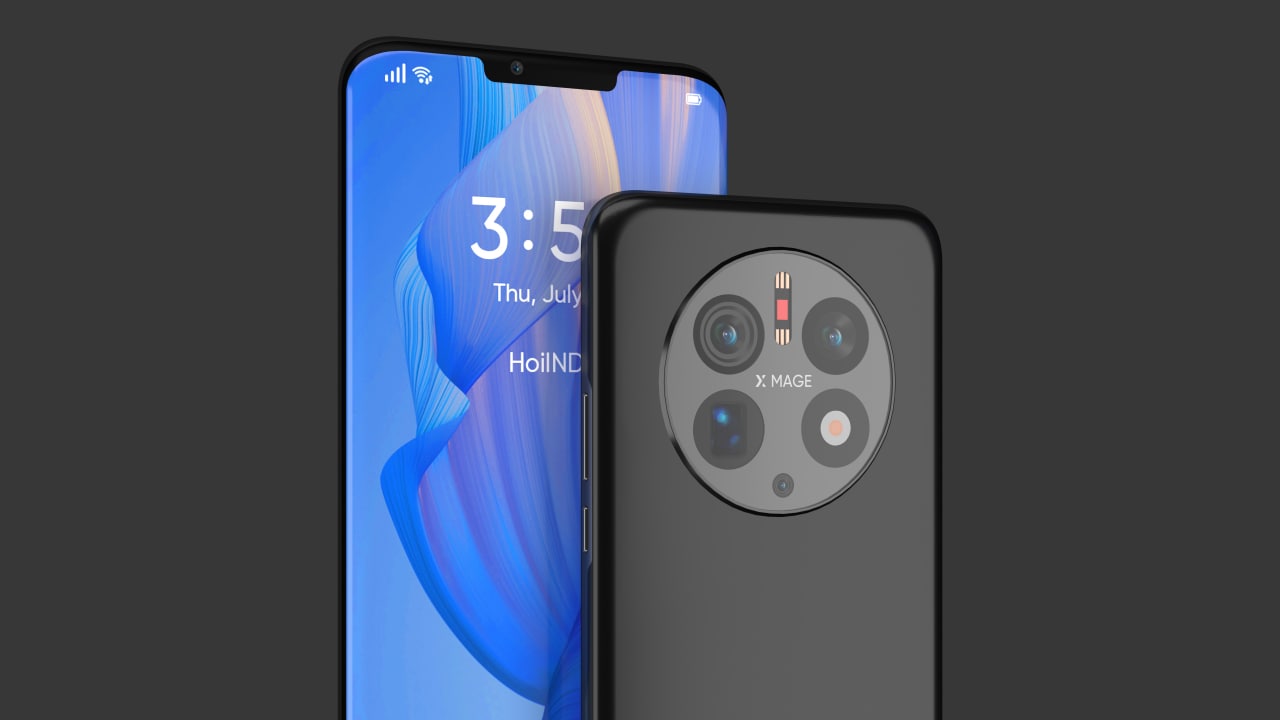 Talking more on this matter, the rear side of the phone consists of a large camera including different lenses – the main camera, ultra-wide-angle, and a periscope camera. However, this camera formation is not confirmed officially. 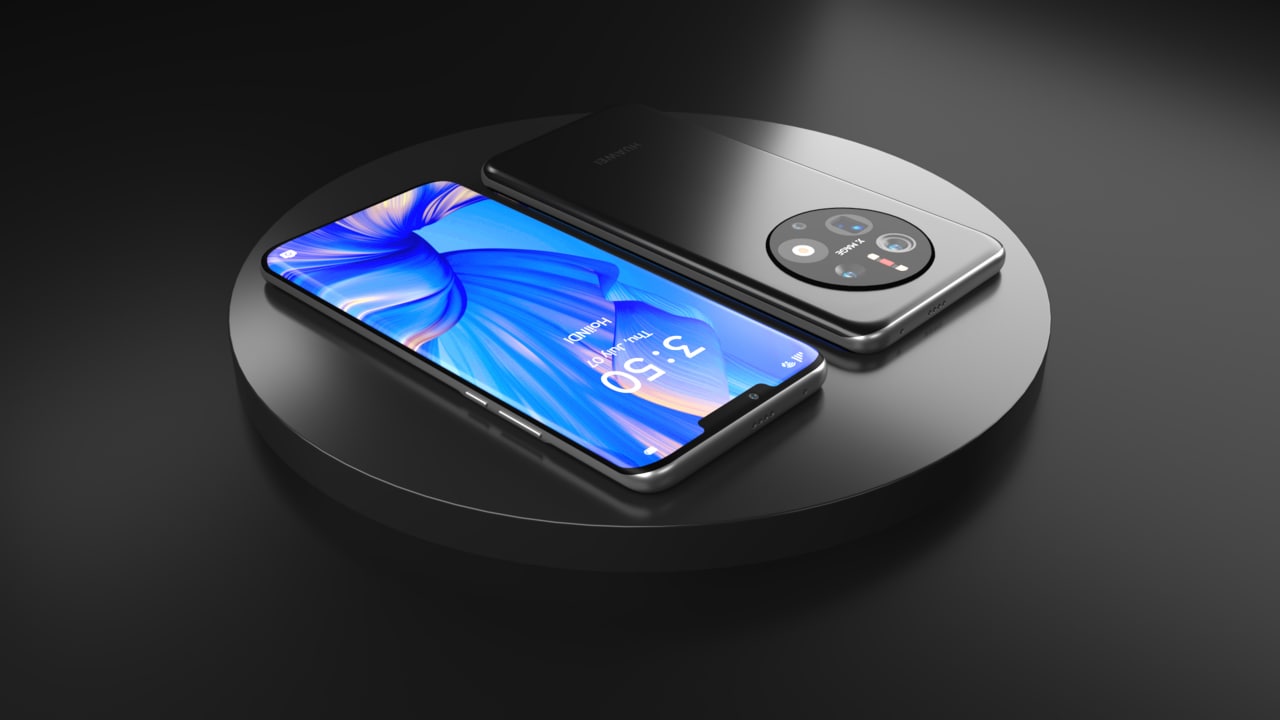 The camera design is round and the module has large cutouts to house the rear camera system. That’s not it, the camera module in the Huawei Mate 50 renders also has XMAGE branding, which is quite nice to see. 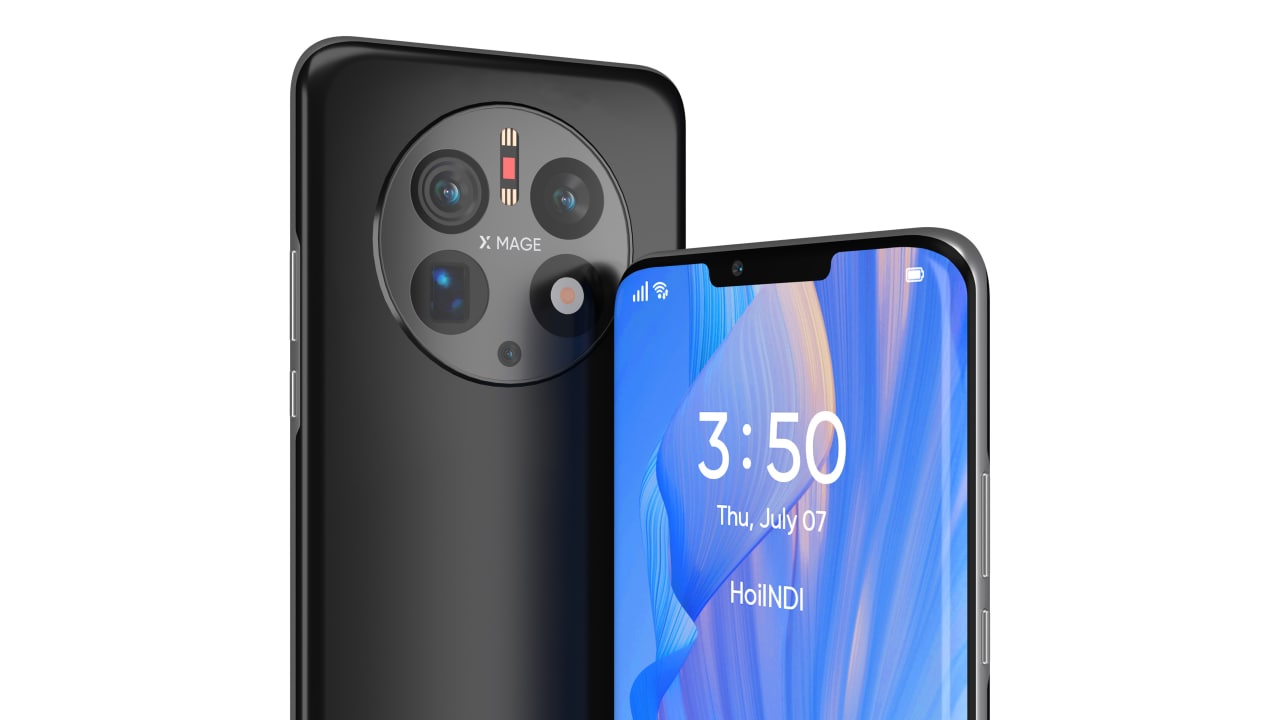 The rear panel features large curves on the left and right sides. 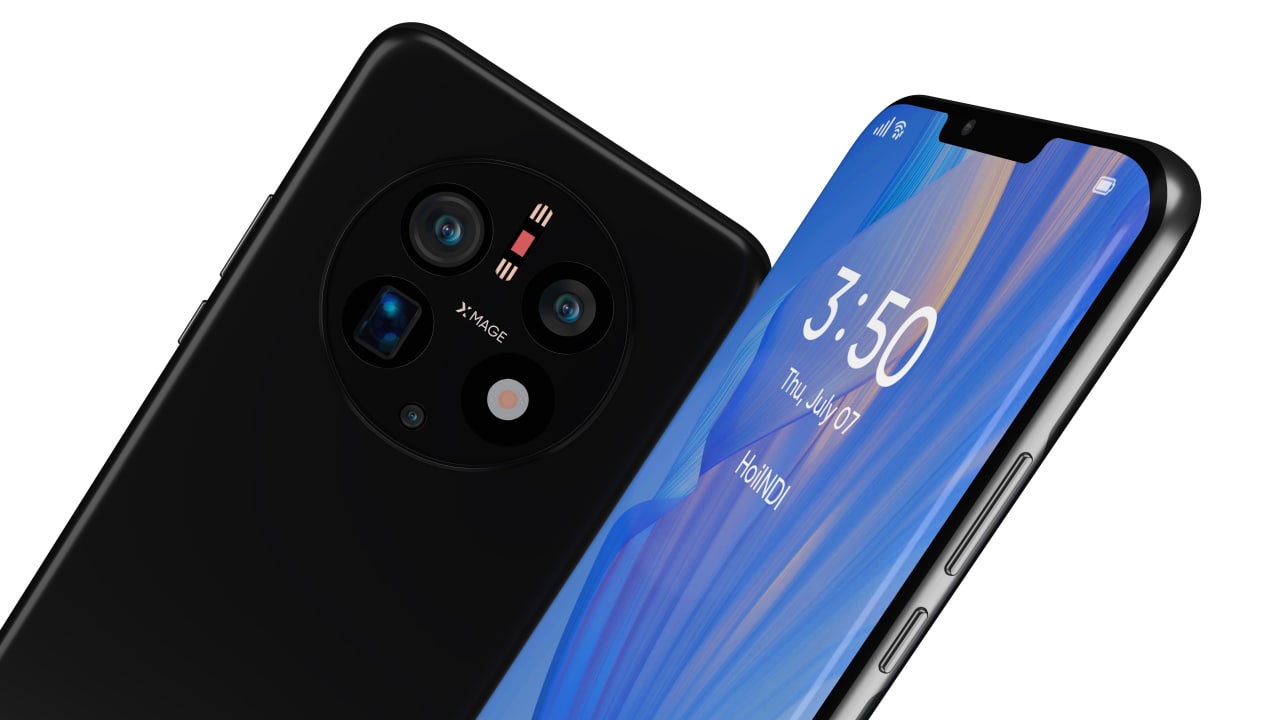 We want to mention that the Huawei Mate 50 Pro renders are based on previous leaks and information based on past reports. These aren’t the official images.

Past information revealed that the Huawei Mate 50 series will be powered by a new generation of Qualcomm Snapdragon flagship processors but it’s expected that the phone won’t be able to use 5G connectivity due to current scenarios.

On the flip side, the Huawei Mate 50 series will be equipped with powerful camera technologies. Recently, Huawei unveiled the XMAGE image system which is a new camera image system to be used in Huawei flagship devices, since the company has broken its partnership with Leica.

The phone will be powered by HarmonyOS 3.0 operating system in China and if it goes global then it’ll be packed with EMUI 12 or the subsequent version till the launch date. 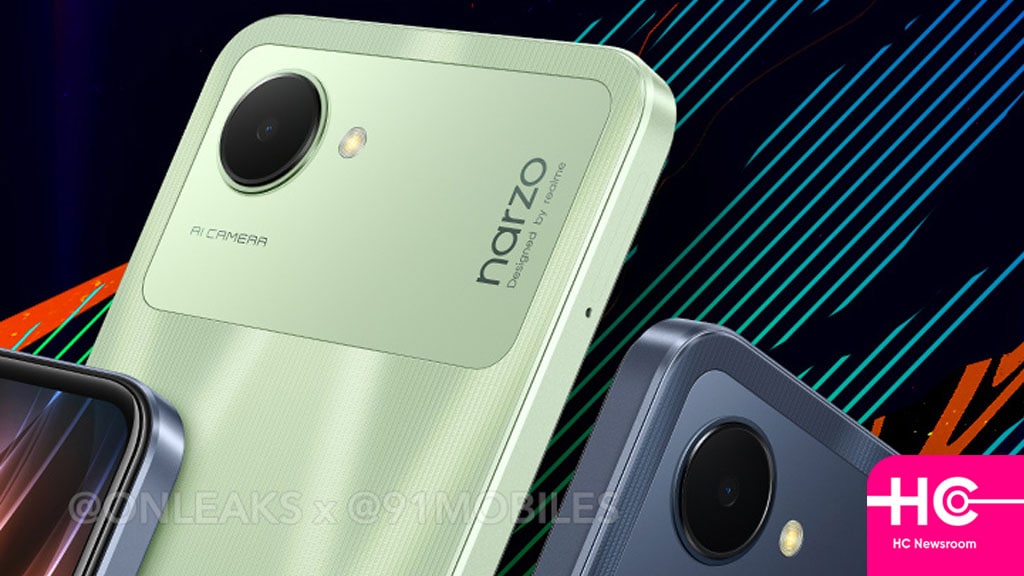 While Realme is already working on the entry-level handset – Realme C30 to launch in India on June 20, the Realme Narzo 50i Prime key specs and design are appearing in new renders. Alongside, the leaks hint at the price, launch date, and colorways.

So let’s explore these renders bit by bit and understand the new single rear camera concept in the world of numbers!

Realme Narzo 50i Prime renders are grabbing everyone’s attention over its single rear camera. Yes! surprisingly, the smartphone features a single disc-shaped shooter at a rounded-square camera bump. Further, this lens plateau gives space to the LED flash and the Narzo logo.

The back side of the device flaunts a textured look with a “vertical strips” layout. Besides, it imposes a thin-bezel display as well as a dense metal look at the bottom.

Concerned with the front slate, the handset showcases a waterdrop notch for the selfie cam slot. To the right, we could see volume as well as power buttons. While the left has room for a SIM plate.

Apart from the unique optical components, the device will feature a 5000mAh battery. Thus, we can assume that the performance of the handset will give tough competition to other tech-pack gadgets in the smartphone market.

Next, the device will appear in Green and Black colorways with a matte finish. Compared to other entry-level devices, this new arrival would be no less than a boon for the consumers.

As per Realme, the upcoming Narzo model will count as the most affordable product from the company. It will keep its step in the consumer market on June 22. Moreover, it will carry a price tag of USD 100 [7800 Rs]. 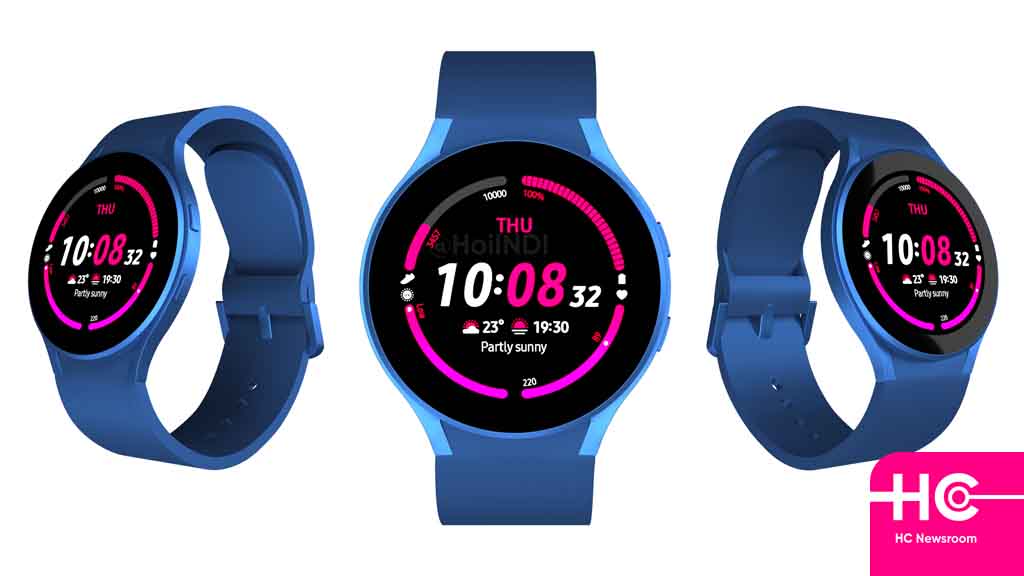 Samsung Galaxy Watch 4 heir the Galaxy Watch 5 is about to launch in months, and no doubt they will be showcased with lots of new and interesting features for you. Meanwhile, it’s expected to launch in August with two foldable flagship smartphones.

But before the launch of any product, the leaks and rumors are obvious to track or to know the expected features of the devices. Also to increase the curiosity of the users to purchase that device.

Likewise, we are here with some renders of the Samsung Galaxy Watch 5 Pro. The famous concert creator HoiINDI has introduces these amazing renders that can blow your mind.

As you can see in the renders the Samsung Galaxy Watch 5 Pro has very thick bezels, which as cause comfortable and also affects the display looks as large bezels directly impact the display of the smartwatch.

While talking about its body framing then it exists with two prominent side buttons on the right side, the first is a home key, and another one is a back key. In the meantime is tracked with three amazing colors including Phantom Black, Sapphire Blue, and Pink Gold.

What’s your opinion about the look of the Galaxy Watch 5 Pro, do you like the thick bezels and color options. Just share your review with us.