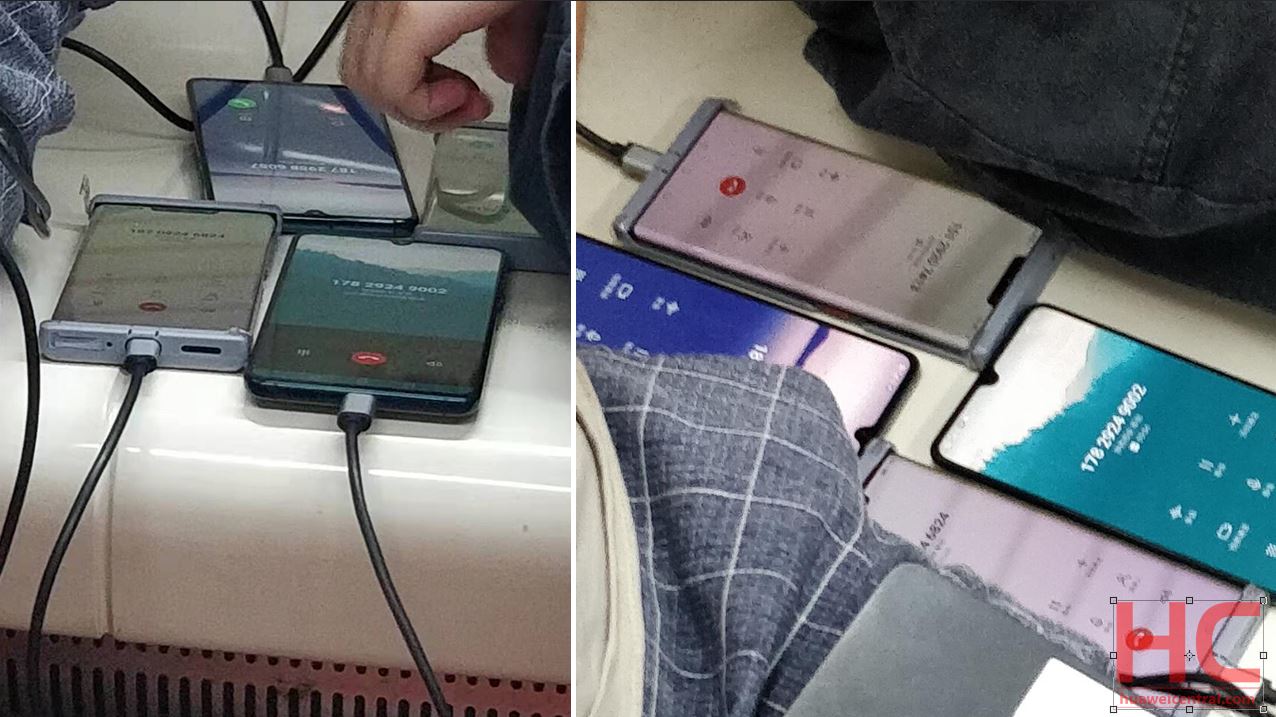 
In the past few weeks, we’ve seen several leaked images related to Mate 30 Pro and today we’ve got a new set of live photographs that reveals this upcoming flagship in a more better way.

According to the image coming from the tipster on Weibo, the phone seems to be used in the subway, where a Huawei employee was conducting a call test on four of the phones placed on the seat including two Mate 30 Pro devices.

You can see both of the phones are wrapped in protective cases, but the notch is still there. According to the previous information, Huawei Mate 30 Pro still retains the 3D structured light feature but the size of bezels on sides and the volume of the notch have shrunk significantly.

Other two phones placed on the seat seems like Mate 20 X but could also be the Mate 30 X or Mate 30, which we cannot confirm at the moment. 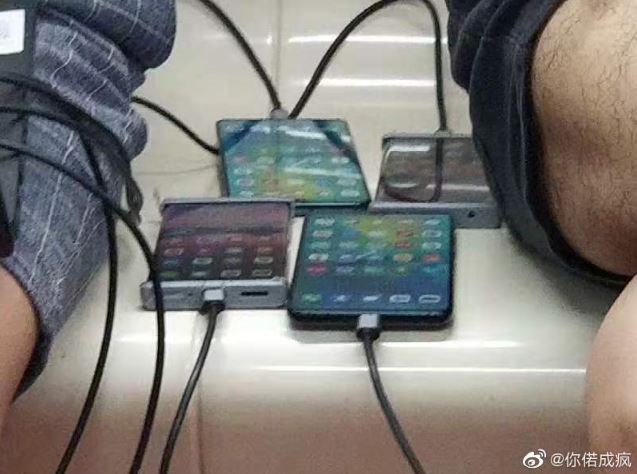 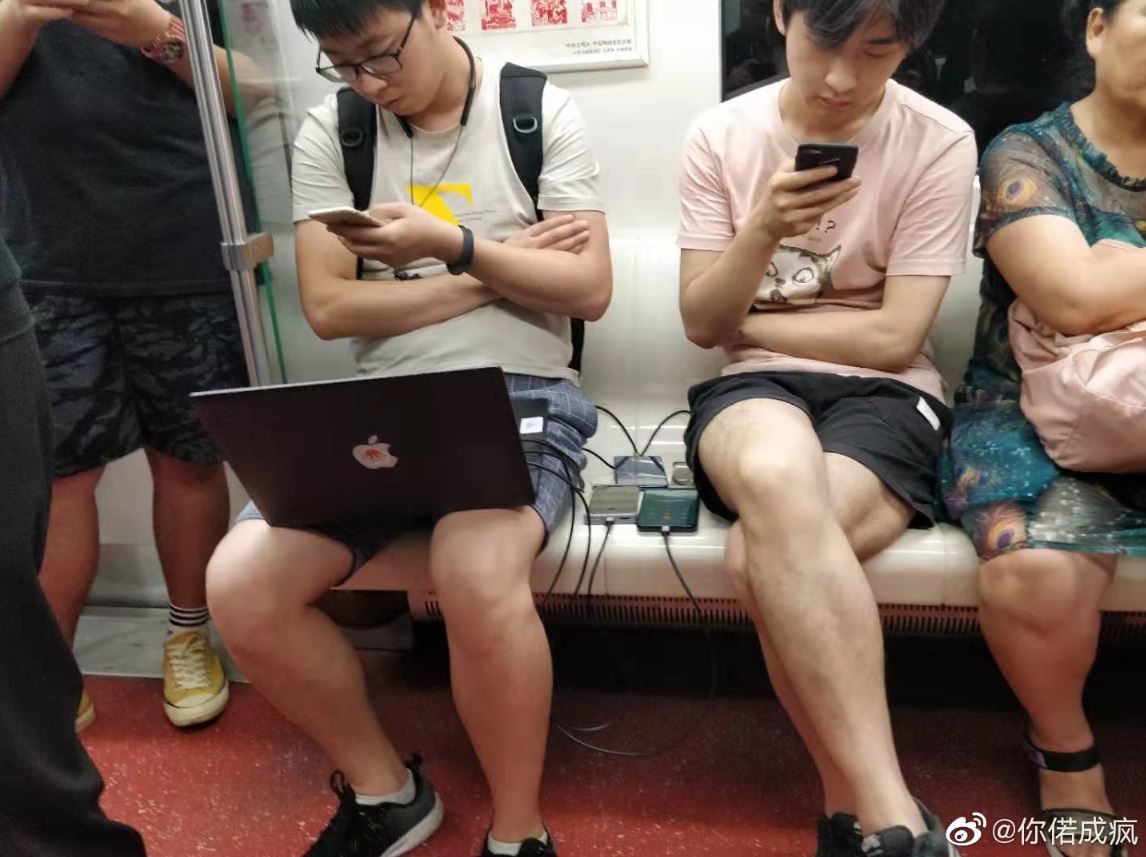 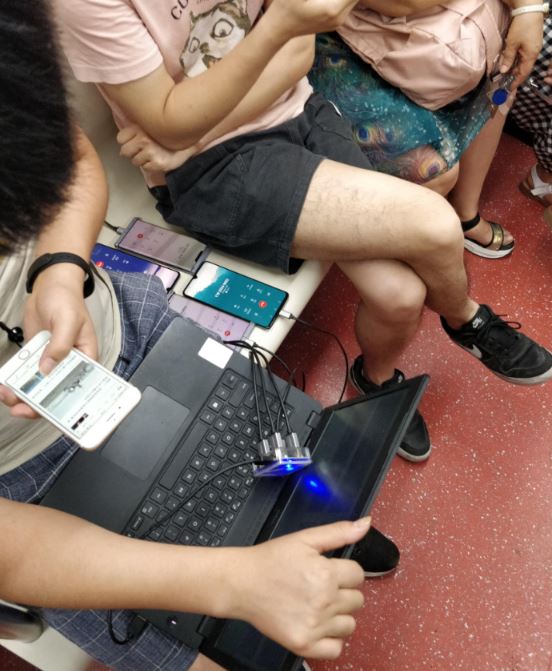 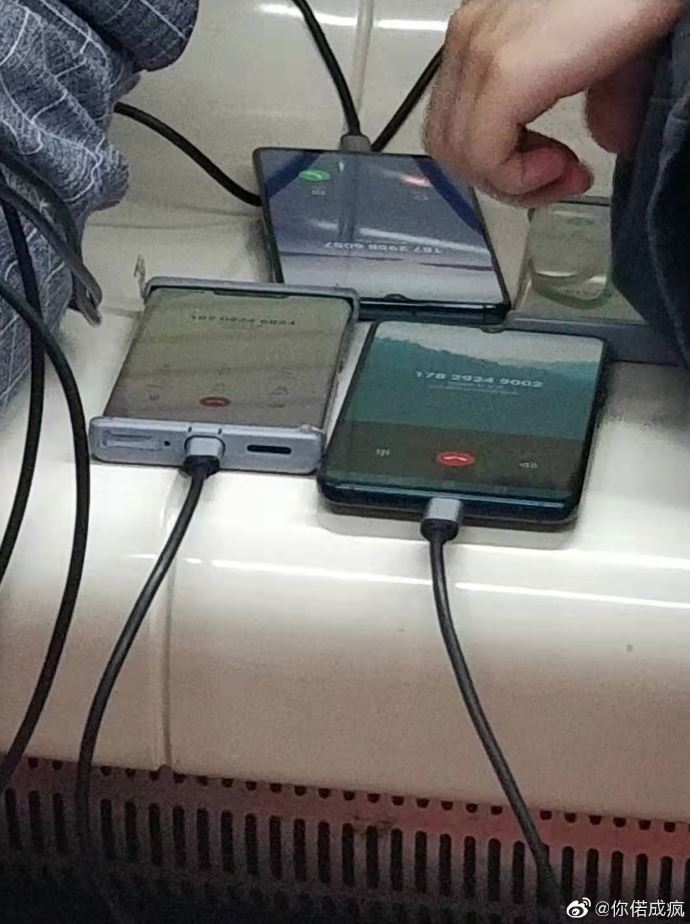