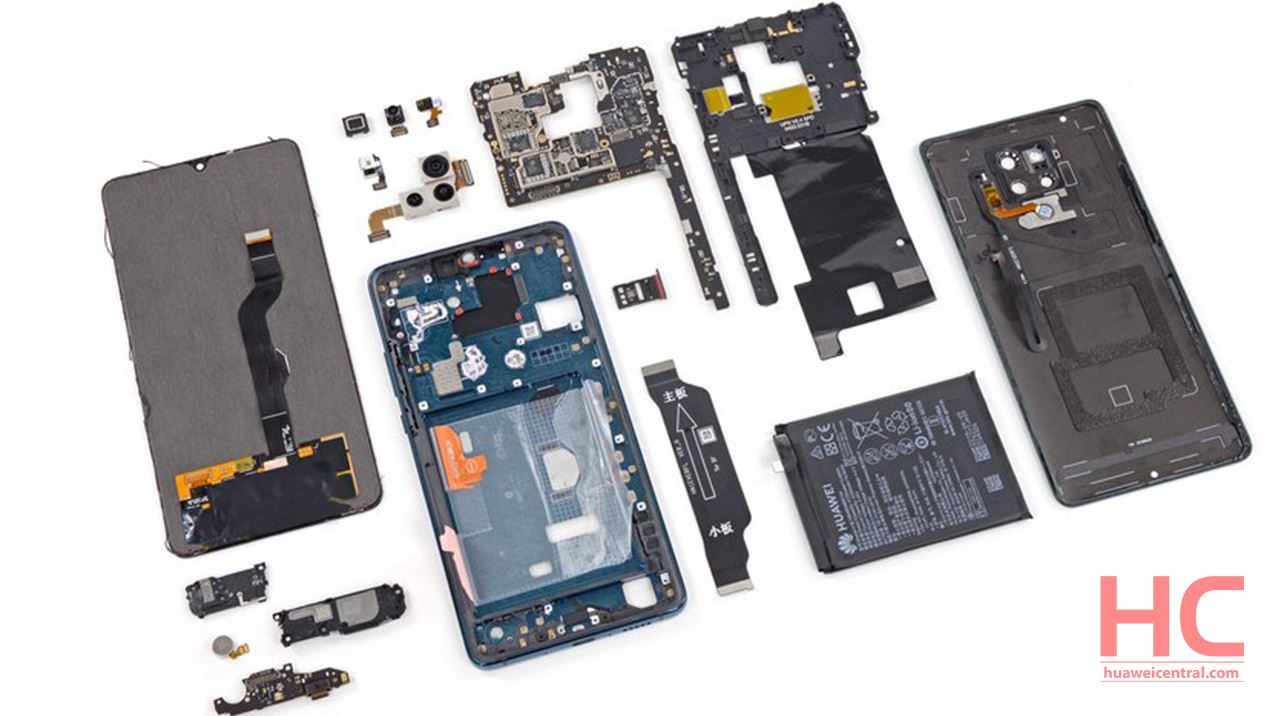 
Huawei has already launched its first 5G smartphone Mate 20 X 5G in several countries and capable of delivering a much more faster speed than its 4G predecessor. As the teardown of this network blazing smartphone will give you a more in-depth look of what it made of.

Famous teardown specialist iFixit has recently disassembled the Huawei Mate 20 X 5G smartphone and gave us the tour of what the phone holds in its inside.

Revealed by the iFixit, except for three “US”-manufactured chips (Micron, Skyworks and Qorvo) and a dutch NXP module, the motherboard’s major sockets mainly include Huawei’s in-house brand HiSilicon and other Asian manufacturers (Toshiba, Samsung).

Also, it’s noted that the 7.2-inch OLED display used in Mate 20 X Pro is made by Samsung.

IFixit said Mate 20 X 5G is heavily glued-down from front and back glass, which means a higher risk of breakage and makes repairs difficult to start. Moreover, its Screen repairs require almost complete disassembly of the parts.

iFixit’s final score for Huawei Mate 20 X 5G is 4 out of 10 points, The higher the score, the easier it is to repair. Please visit iFixit.com to check the complete teardown report. 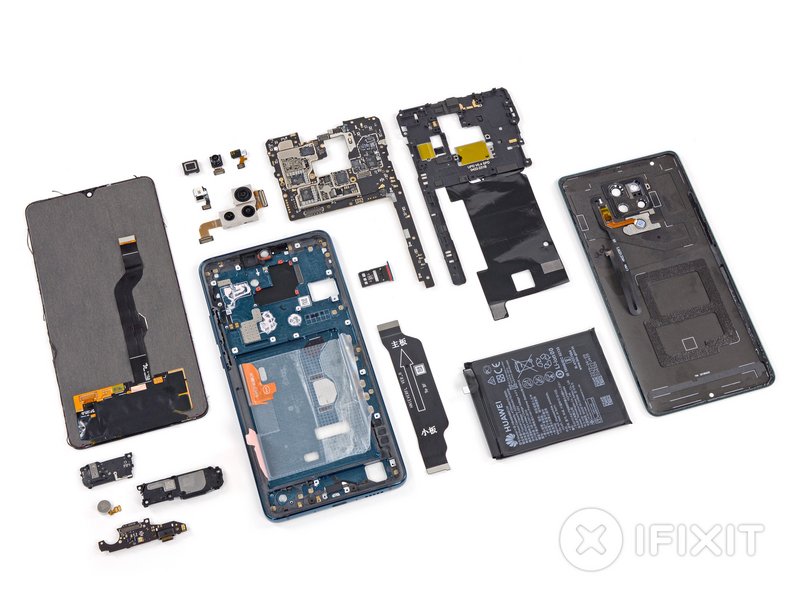