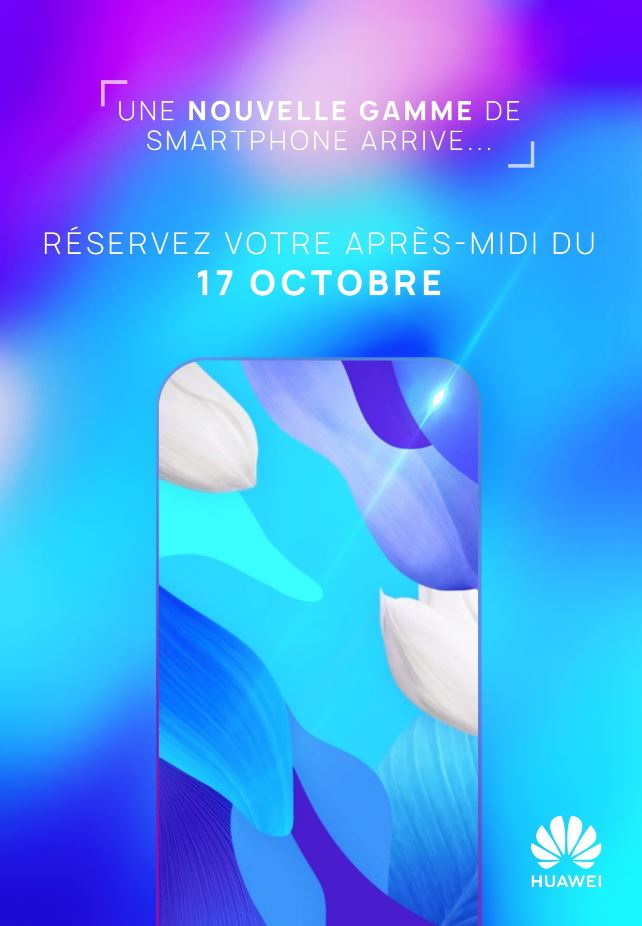 
Huawei has confirmed Huawei Nova 5T is set to make its debut in Europe starting Germany and a new promotional image reveals that a new smartphone is making its way to France.

According to the image, Huawei will launch a new smartphone on October 17 in Paris, France. This smartphone is expected to include an under-screen selfie camera on the top right side.

Back in June, Honor President, Zhao Ming said that the company already has developed a prototype of under-display camera technology. Although, Zhao had not revealed any further pieces of information.

It is possible that Huawei may also launch Nova 5T in France alongside this under camera display smartphone and we have to wait just a few more days to find out what the company really intends to launch.

@Huawei announced today that it will launch a new All-Screen Smartphone Category on October 17 in Paris, France which we expect will include an in-display selfie camera and fingerprint reader #AllThingsMobile #AthertonResearch pic.twitter.com/j8jPhutBsk