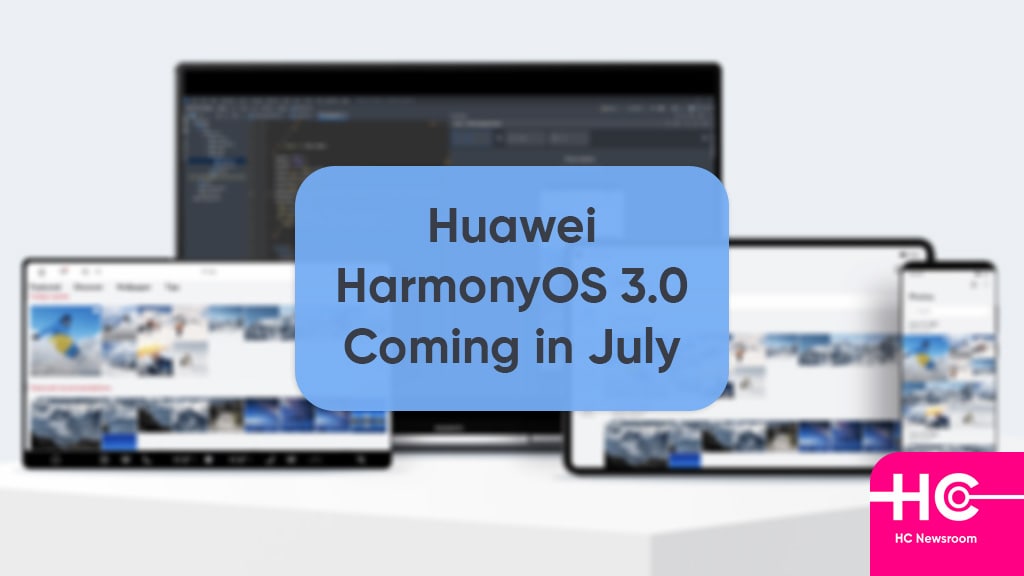 Huawei is currently developing the successor to HarmonyOS 2.0 to redesign and transform Huawei devices, packed with more innovative and new features that enhance your interest and experience. Today we bring you some exciting news about HarmonyOS 3.0.

HarmonyOS 3.0 will due to being launched in July and this information has been leaked by the famous Weibo informant factory director Shi Guan’. The tipster said users are waiting for the new software, and HarmonyOS 3.0 will be officially released in July. 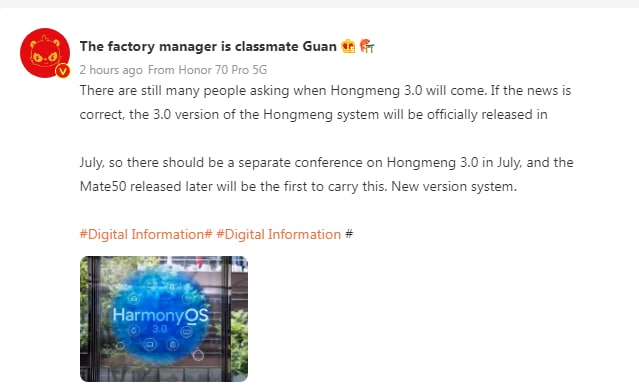 More anonymously, the upcoming Mate 50 will be the first model with HarmonyOS 3.0. We are excited to have a new version of HarmonyOS that will redesign your smartphone in a new way.

To unveil this major update, the company will organize a separate meeting to tell the world about the latest HarmonyOS 3.0. Other than this, the tipster didn’t say anything about it. Notably, Huawei has not confirmed this news officially via Weibo of any other official channels.

According to previous reports, Huawei has delayed the release of HarmonyOS 3.0 along with OpenHarmony 3.1 to be launched around September. However, it has recently been confirmed that it will be released next month.

HarmonyOS 3.0 is aimed to increase performance and better task management as compared to its predecessor. Huawei hasn’t unveiled yet its graphic changes but it is definitely packed with some surprising aspects to keep to excited.

HarmonyOS is a cross-device operating system, designed and developed by Huawei and later the open-source code of this software has been donated to Open Atom foundation, which manages its branches. So far, Huawei has added over 200 million smartphones to this list of HarmonyOS devices, which is a huge success for any new smart operating system in the tech industry.

There are new players that are preparing solutions with HarmonyOS and third-party hardware makers are also working to bring new technologies with this new operating system. 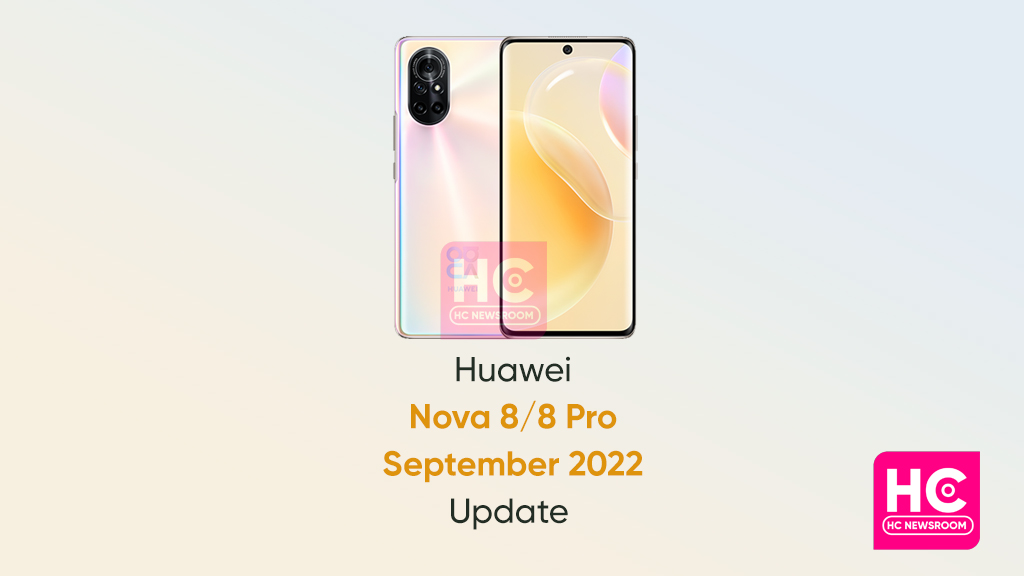 The HarmonyOS September 2022 security patch update is here for Huawei Nova 8 and Nova 8 Pro users. It punches high-end security and optimization for the devices in respect of September 2022 patch fixes.

Notably, the September 2022 security patch for Huawei Nova 8/8 Pro aims to improve piece covers various issues in the frameworks kernel, and system section and provides immense stability and firmness to the internal mechanism.

The Huawei Nova 8 and Nova 8 Pro 2.0.0.273 version users are eligible to install the new HarmonyOS 2.0.0.273 build version. Below you can check the compatible models.

Notably, the update is released in batches it may take time to reach you. We recommend you install it as soon as it hit your Huawei Nova 8 and Nova 8 Pro smartphone.

We can understand Huawei Nova 8 series users’ moods as in front of Diamond, Huawei is serving the Sliver for the users. As the HarmonyOS 3 is not released for the Nova 8 users yet.

The new normal HarmonyOS 3 operating system is on its way and hying up to more and more Huawei devices. Currently, pushing the HarmonyOS 3 public beta for the first and second batch of devices.

While focusing on the Hauwei Nova family, the Huawei Nova 10 and Nova 9 series recently receive the HarmonyOS 3.0 beta version, and it’s worth mentioning that they are the successor of the Huawei Nova 8 series.

We can expect that the Chinese tech giant will release the new era of HarmonyOS for the Nova 8 series users soon. As the lineup is the most loveable and famous smartphone device among users and it’s obvious to give users a better and more innovative experience. 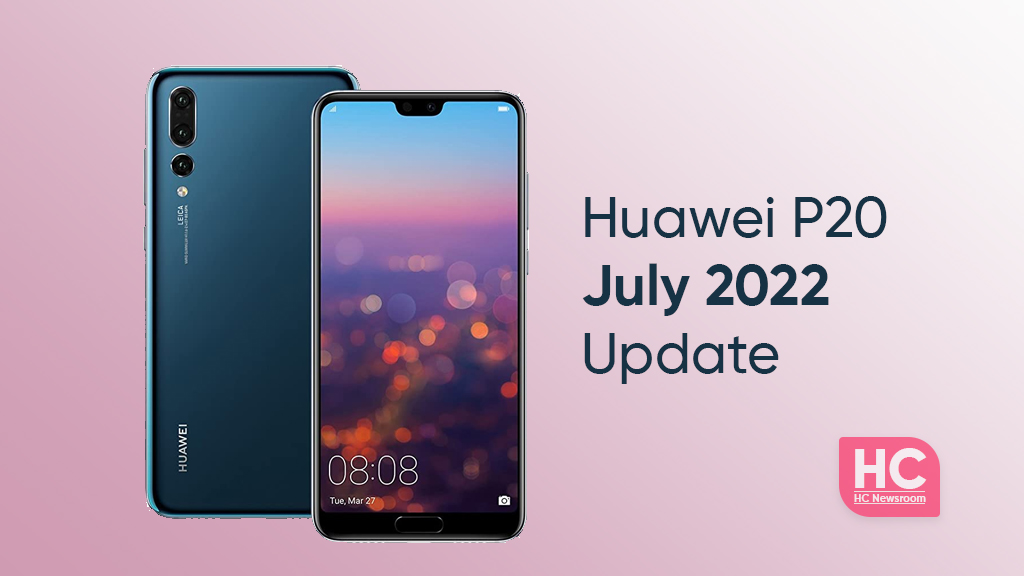 As per our respected sources, the July 2022 optimization update for the Huawei P20 and Huawei P20 Pro smartphones rolling out with HarmonyOS 2.0.0.268 version. Hence, users will require a base version of HarmonyOS 2.0.0.230 in order to install the latest firmware.

Following below mentioned adapted models are compatible to get the HarmonyOS latest version:

While going through with the update changelog, it mainly optimizes and improves system security and protection capability from the security section of your smartphone. Alongside, from system section, it optimizes the stability of the device in some scenes.

Aside from the firmware works to improve the stability and the device’s performance. As a result, users must install the update as soon as it becomes available on their smartphones.

Huawei has begun sending the HarmonyOS 3.0 beta update for the Huawei P50 series smartphone. To give a new interface it brings a hug bag alluring feature to the devices. But yet it’s not clear whether it will reach the Huawei P20 series model or not.

But in the meantime, the Chinese tech giant is covering the latest flagship model including the P50 series, Huawei P50 Pocket, Huawei Mate 40 series, and stay tuned with us to know who’s the next inline to get the major HarmonyOS 3.0 beta update with the vast changelog and amazing features. 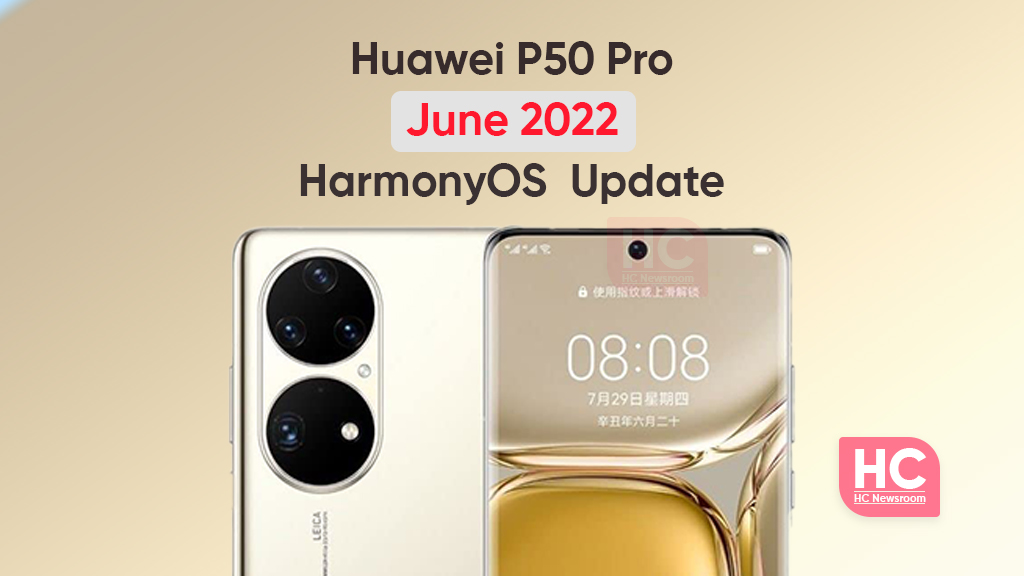 The June 2022 update for the Huawei P50 Pro comes with the HarmonyOS 2.0.0.263 build version. In the meantime, we don’t have any details about the installation weight of the update but as compared to the previous firmware you might compromise about 300MB of your data.

Going with the changelog, this update aims to improve the security and further optimize the system stability of some scenes. In addition to this, we have not encountered any new noticeable feature with the June 2022 security update of the Huawei P50 Pro.

Notably, the new release for the Huawei P50 Pro smartphone comes with the following number of compatible models:

You can set this June 2022 HarmonOS update in your Huawei P50Por smartphone in some easy steps, firstly launch the Settings menu then find System & updates, click on the Software Updates, and now hit the Download and Install key. Once installed will don’t forget to restart your smartphone.

Yes Huawei recently released some amazing HarmonyOS 3.0 wallpaper to customize your Huawei smartphone home screen, you can set them on your device. In particular, the new wallpaper includes 3 new 3D and 3 natural sceneries and the remaining belong to abstract categories.

So guys you can easily get the latest HarmonyOS 3.0 in your Huawei smartphone wallpapers via the link.